Of course it would be desirable to live in a society in which the biogeographic ancestry matters so little that it would be useless for the purpose of criminalistic searches—but that is utopian. Criminology and criminalistics are based on the fact that human beings vary and look different from one another. If, for example, searchers in the USA want to know whether a wanted person is “black” or “white” (1), one can hardly reproach them—they cannot be better than the society in which they are searching.

The authors claim that the biogeographic ancestry they studied “solely concerns the geographical region(s) from which a person’s biological ancestors originated” and understandably differentiate this from terms such as ethnicity or race (2). In doing so they pretend to circumvent the classic problem of any definition of subgroups of humanity—namely, the differentiation of these groups on the basis of certain common traits. Geographical regions could, however, be defined without looking at people, so they hypothesize. The problem remains, however, that humans and peoples do not remain stuck in certain places.

Who, then, should be included in a geographically defined group? In two instances, the authors limit this to the ”autochthonous” population, literally referring to the population “sprung from the soil it inhabits”.

But after how many generations of settledness does someone count as autochthonous?

If the aim is to achieve geographical allocation by DNA, the crucial question is how the comparison group is defined. Was a person with darker skin tone excluded from a European group, even though their ancestors had lived in Europe for three generations? And if so, based on which criteria? It is important to disclose these criteria. An objective and unprejudiced classification by geography is simply not possible (3). 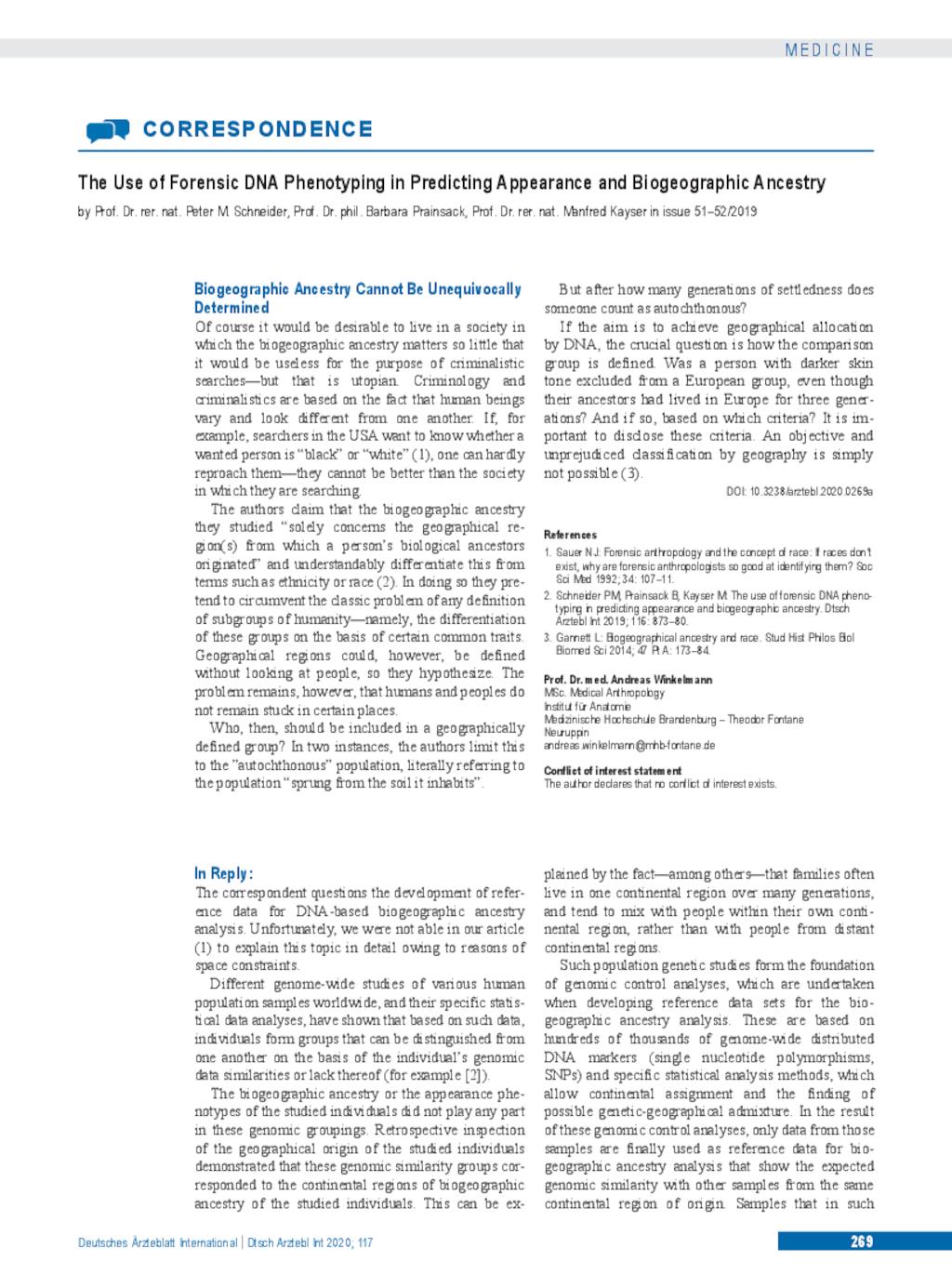