We need both, but we clearly need to separate one from the other. Science has to adhere to principles of objectivity, even disinterestedness, according to one of Merton’s norms. Is it science or activism that after the discussion of allegedly 6000 fatalities owing to NO2 in Germany the topic has re-appeared in the Deutsches Ärzteblatt (1)?

The legitimate but methodologically weak criticism of pneumologists of the epidemiological findings on the toxicity of NO2 was followed by a not particularly well founded reply from the epidemiologists. Most of the journalists were overtaxed with the subject, and only the Leopoldina’s statement “clean air” managed to calm down the discussion somewhat. The World Health Organization, the European Union, and the Environmental Protection Agency all advise against calculating mortality rates due to NO2. And yet, the authors cited the Hoek study again, although the effects disappear if methodologically weak studies are omitted from the meta-analysis (3)?

In theory it is not controversial what constitutes evidence. But the article is an unfortunate example of how theory is ignored in practice. Evaluations in environmental epidemiology should be registered beforehand, such as has long been the default for clinical studies. Heterogeneity (i.e. lacking replication) should occasionally also prompt an all-clear signal, and statistically questionable comments should be dropped (4).

Environmental epidemiology has lost much of its credibility. This is the tragedy inherent in any “overselling” strategy, especially as I support the political call at the end of the article—not because of the NO2 effects but because of the indisputably toxic mixture of exhaust gases, noise, energy and land consumption, and road traffic fatalities.

Institute of Lung Biology and Disease 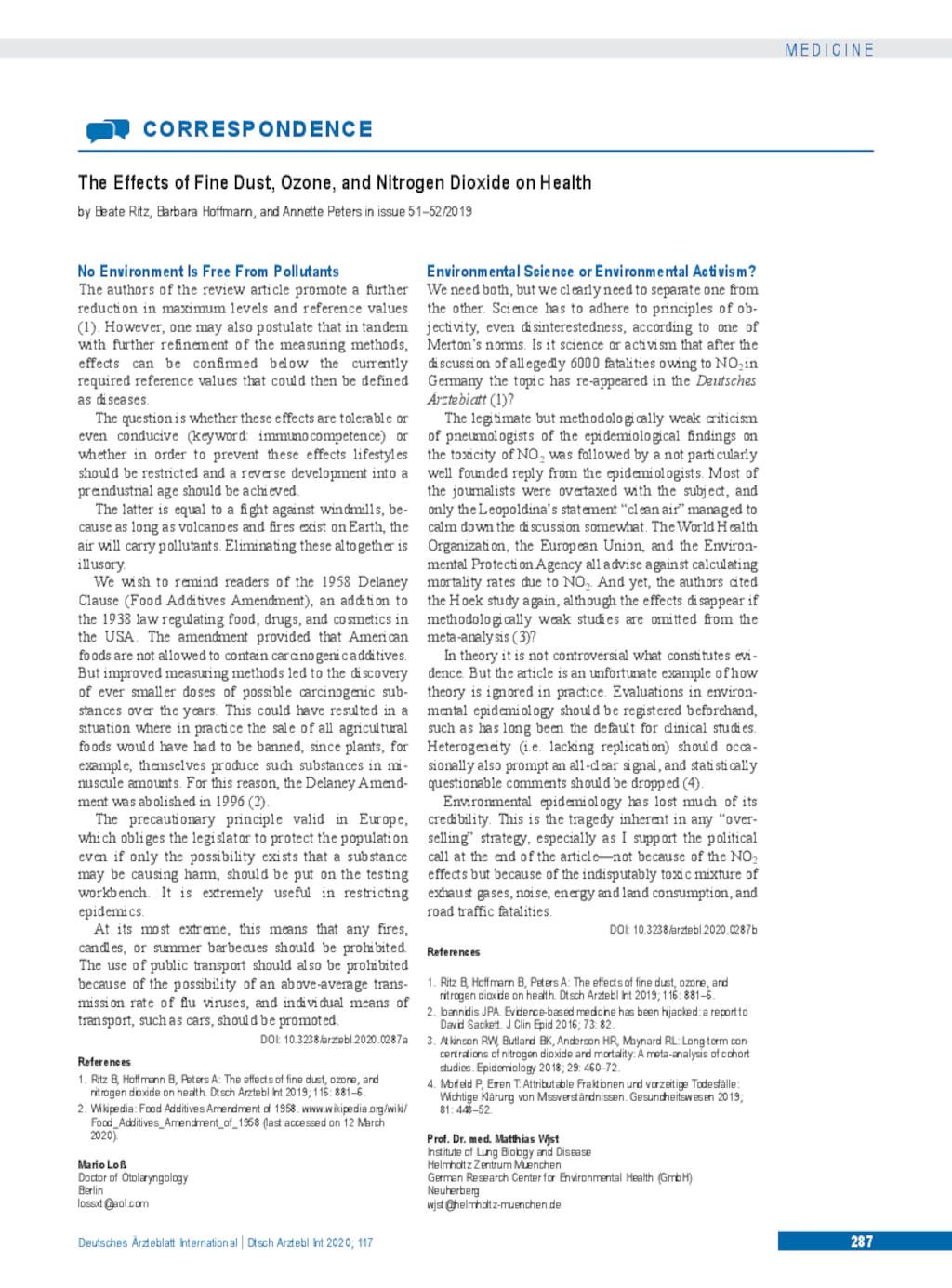