The literature on risk perception makes the classic argument that risks are considered normal and are easy to ignore if they occur diffusely in time and space (1). This is also the case if almost the entire population is affected and for some, the consequence is death. By contrast, if all smokers who die every year from the consequences of smoking died on 1 November of a given year, this would invoke a public outcry, and smoking would be prohibited on 2 November.

The same argument applies to deaths from fine dusts and nitrogen dioxide, which are raised by one of the correspondents. Air pollutants are slow and methodical killers, which have been “convicted” only thanks to the decade-long detective work of internationally recognized scientists.

In spite of the overwhelming epidemiological evidence, doubters assure us that the risks for health and wellbeing are as small as the fine dust particles, and therefore negligible (2, 3). In the meantime, however, it has been confirmed that fine dust penetrates into our lungs, hearts, and brains. On the population level this translates into the loss of a few points in an intelligence test or the slightly earlier onset of cardiac or pulmonary disorders or Alzheimer’s disease. For some this seems justifiable vis-à-vis the advantages of modern achievements, which include comfortable cars and a high standard of living. This perspective assumes, however, that modern technologies today and especially in the future would not be capable of delivering low-pollution mobility, energy production, and agriculture.

The argument that innovation may come at a price sounds like a mockery to the ears of those who have just had a severe asthma attack, look after a child with a behavioral disorder or learning difficulties, or who have barely survived a heart attack. Some of this suffering could be prevented by health policy measures and stricter thresholds for fine dust. Also, the argument that interventions are too costly can easily be discounted, since the benefit of interventions—reducing air pollution—by far exceeds their costs.

One reader comments that science and activism are both needed but that they do not go together. As scientists we agree with our colleague, Professor Galea, who in 2013 issued a call for “consequential epidemiology” and emphasized that scientific insights that are not translated into actual activity remain without consequences. The task of epidemiology as a public health science is to identify risks and provide a sound scientific foundation for action that implements prevention strategies and promotes the welfare and health of the population. 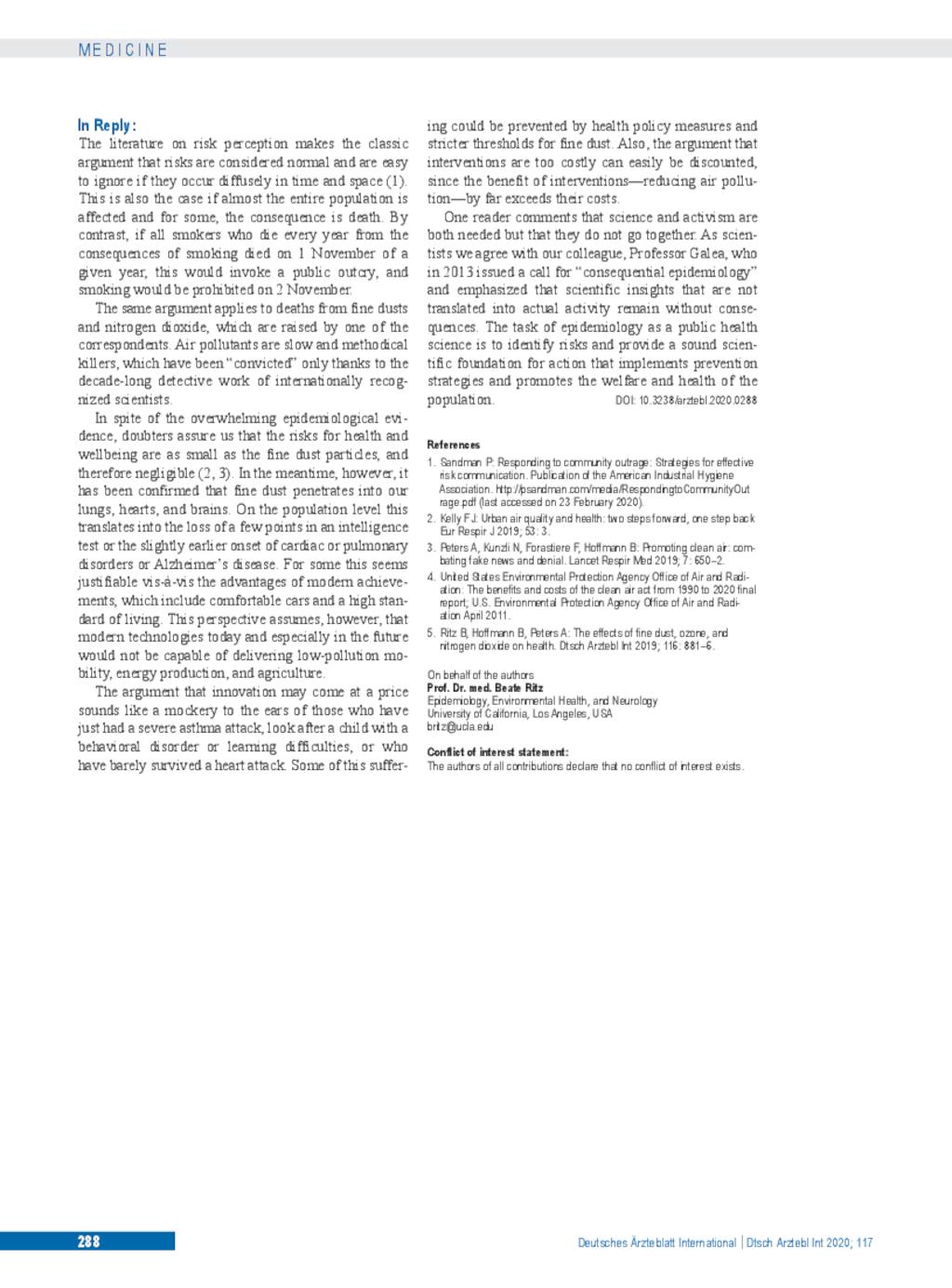