A previously healthy 39-year-old man was admitted for treatment of COVID-19 six days after the onset of symptoms. Imaging revealed bilateral extended, patchy confluent infiltrates. On oxygen 4 L/min the saturation was consistently >90%. Six days later the patient was no longer febrile, and after a further four days his oxygenation was satisfactory breathing ambient air. Two follow-up swabs at this time were negative for SARS-CoV-2. Enoxaparin 4000 IU s.c. was given daily to prevent thrombosis. One day before planned discharge, the patient reported the sudden onset of severe breathing-related pain. The D-dimer level was elevated (5.0 mg/L; normal value <0.5 mg/L). Thoracic CT a day later showed pulmonary artery embolism in both lungs with multiple bilateral filling defects in the pulmonary arteries of the lower lobes and wedge-shaped infiltrates in the dorsobasal segments of the lower lobes (a). There were also bilateral peripheral ground-glass infiltrates compatible with COVID-19 (b). The infarct pneumonia was treated with antibiotics, and oxygen 2 L/min had to be given for two days. Deep vein thrombosis in the legs or pelvis was ruled out by duplex sonography. The patient was discharged in stable condition on oral anticoagulants. 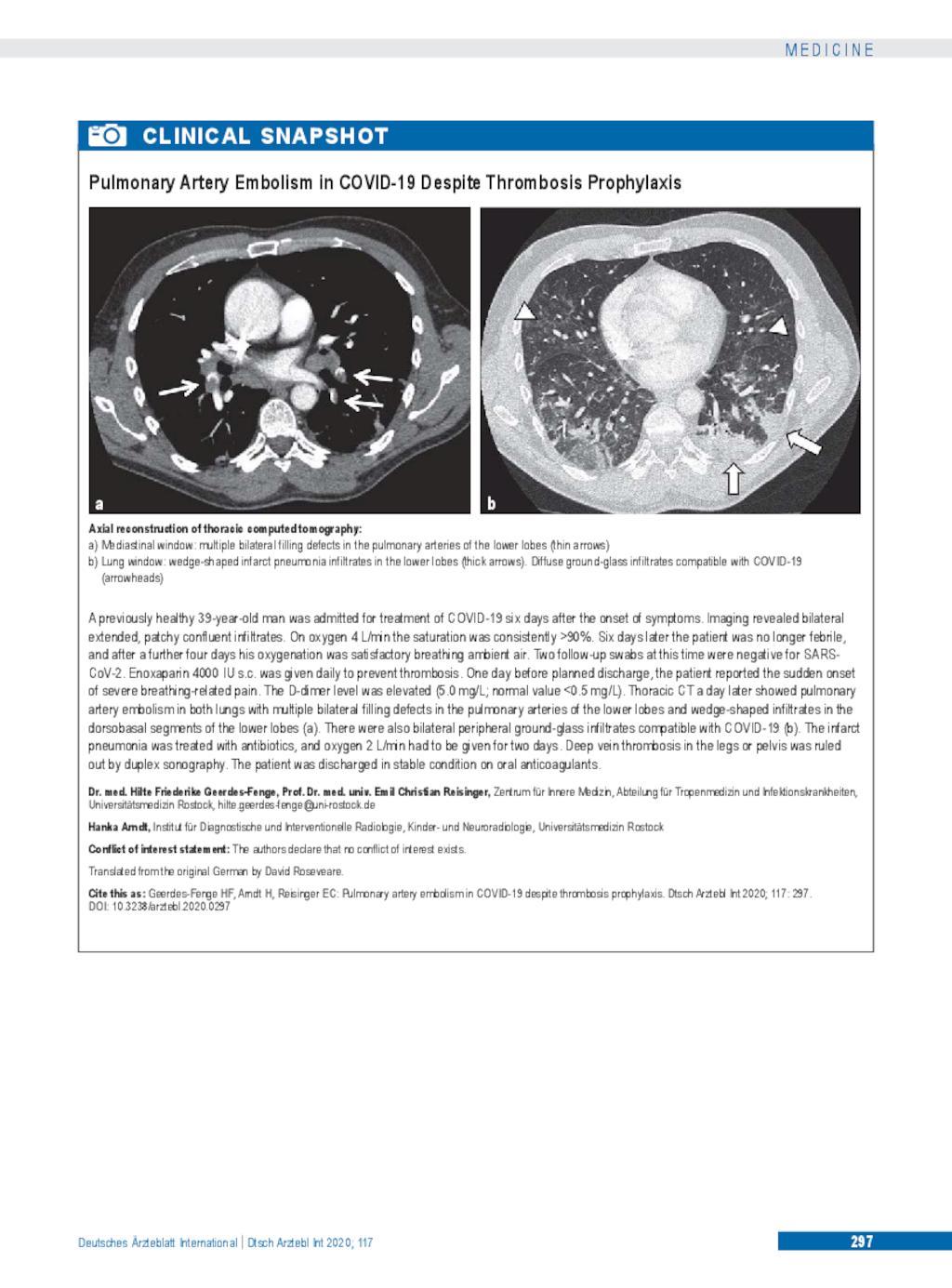