No method currently exists that exactly determines actual food consumption and the nutrient intake derived from it. In our opinion, labeling the elaborate nutrition surveys, which use standardized questionnaires and 24-hour recall protocols, as “anecdotal” reports does not seem appropriate.

In the German National Nutrition Survey II (NVS II) that we cited (3), and which was criticized by Mr. Selig, diet history interviews were carried out in addition to two 24-hour recall protocols. Moreover, weighed food records were carried out twice for a subsample over four consecutive days during the study (4).

Further improving nutrition surveys is important and is currently a very active field of research. The latter is particularly true for alternative survey methods that are not based on human reports. Photographic methods are not yet fully developed or sufficiently validated. Biomarkers are currently of limited help, as there are often no generally recognized threshold values ​​for classifying the nutritional status, and direct biomarkers for various nutrients are missing. To some extent, several biomarkers merely reflect the current rather than the long-term supply for the given nutrient.

In conclusion, it should be noted that especially combining various nutrition survey tools can provide sound and valid information about the situation of population groups. Nutrition surveys are an indispensable way to develop recommendations for action at the population level. 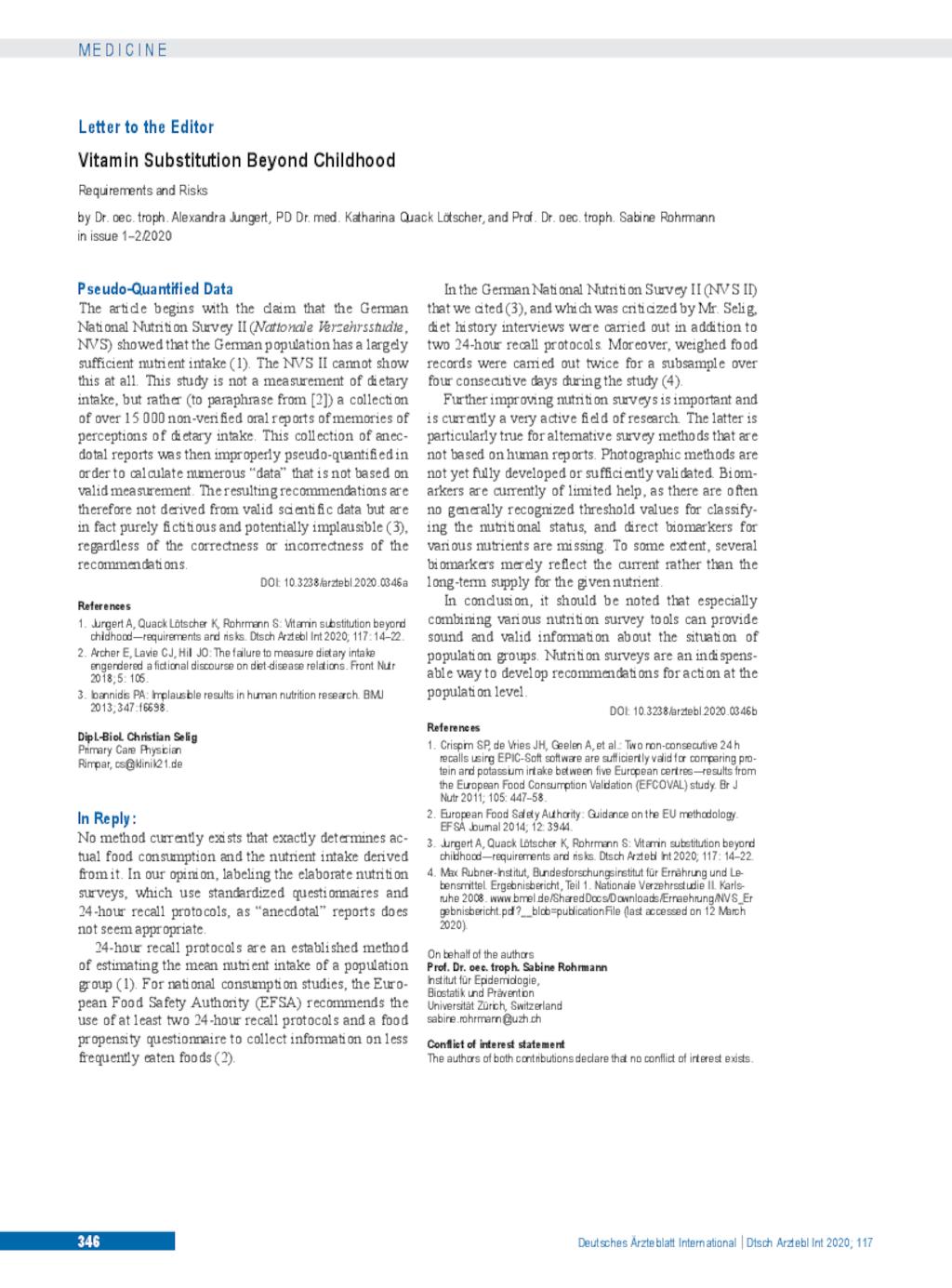