Individual Risk Factors Should Be Considered

In this methodologically-correct study (1), the results are misinterpreted, and the individual risk factors of increasing treatment safety are not taken into account:

It can therefore be assumed that major bleeding, and especially cerebral hemorrhage, occurs less frequently with the correct application of the VKA than with direct oral anticoagulants (DOACs).

Unfortunately, the article did not discuss whether the frequency of major bleeding increased following a combination of platelet aggregation inhibitors or non-steroidal anti-inflammatory drugs with anticoagulants.

Further, it did not state whether there were differences between apixaban and rivaroxaban with respect to the frequency and severity of major bleeding, and especially cerebral and gastrointestinal bleeding.

The question also arises: why was tranexamic acid not injected in cases of major cerebral hemorrhage (4)? 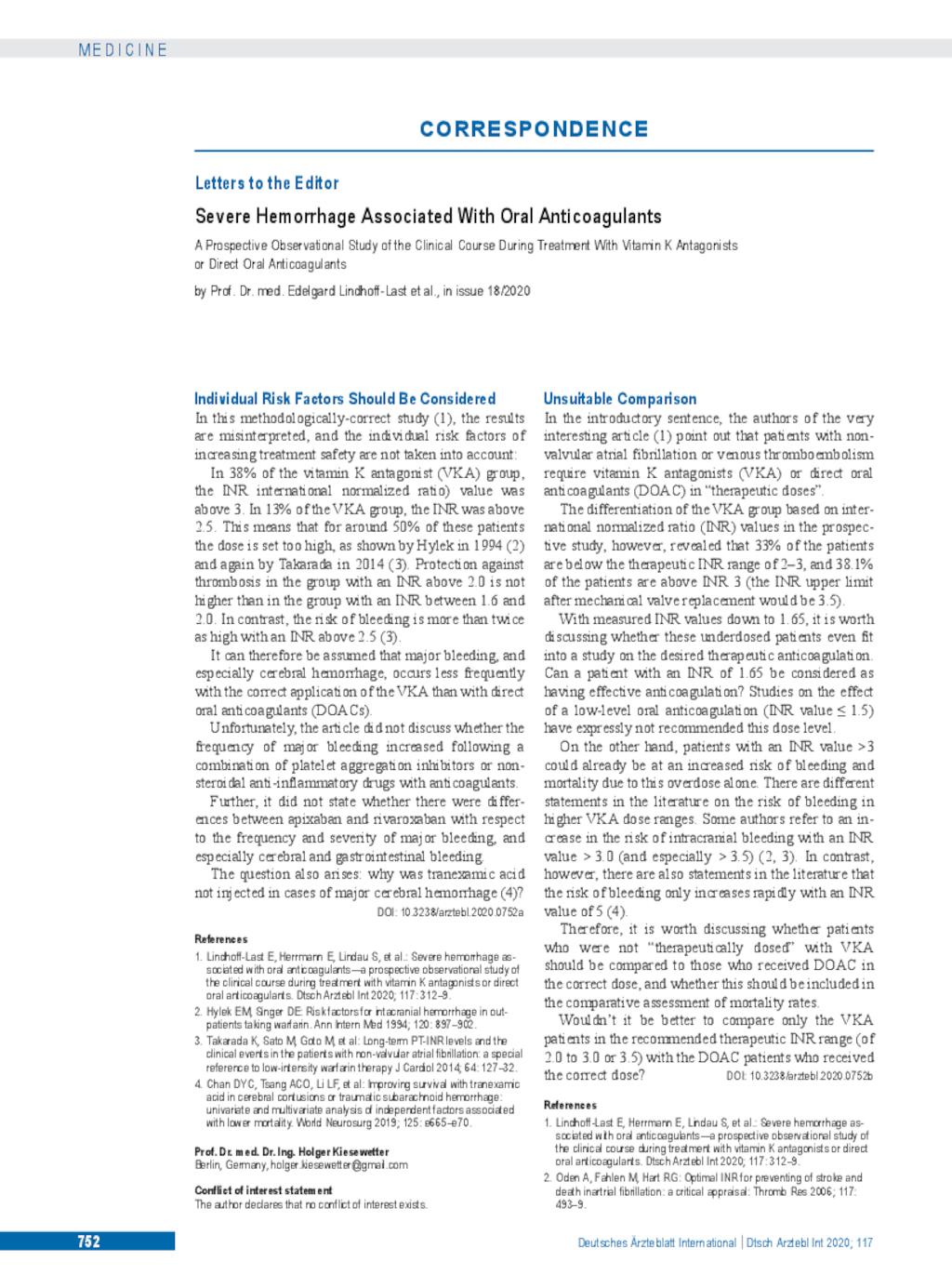