A 69-year-old female patient was referred to the outpatient department by her family physician after he had reduced an initially prolapsed rectum in the patient 2 days previously. The painless full-thickness rectal prolapse was visible upon provocation, as was ulceration of the mucosa. The biopsy taken from this area yielded evidence of adenocarcinoma. The incidence of rectal cancer in Germany is approximately 30/100 000 inhabitants and thus around 25 000 new cases per year. The incidence of rectal prolapse, in contrast, is 2.5/100 000 and affects significantly more females. The coincidence of these two diseases leads to the striking, but also extremely rare picture of synchronous cancer in the setting of rectal prolapse. The present case highlights the need to perform biopsy investigations as a basic rule in unexplained ulcers concomitant to rectal prolapse. Following staging, the patient underwent anterior rectal resection with primary anastomosis and was discharged from inpatient care with a recommendation to undergo adjuvant chemotherapy. Neither prolapse recurred thereafter. 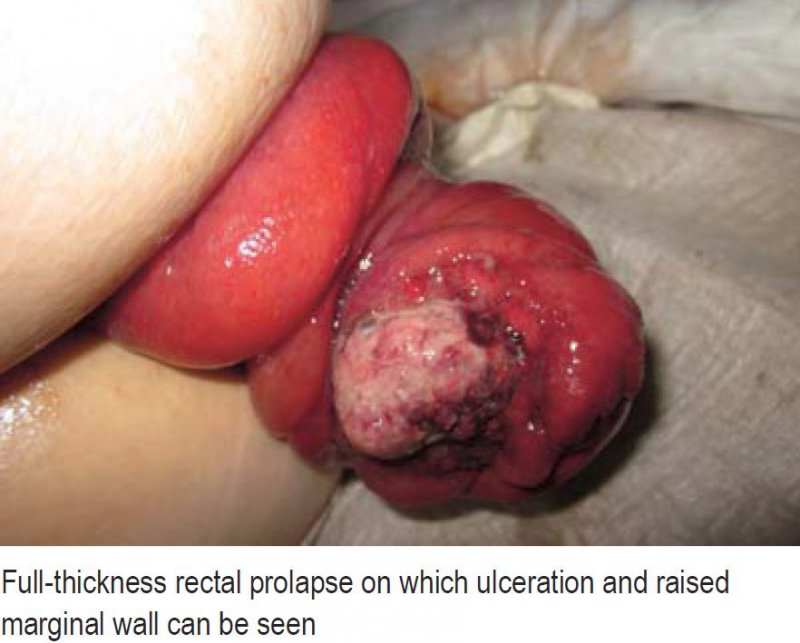 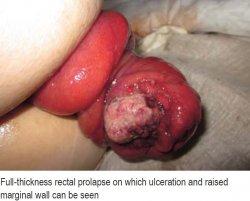 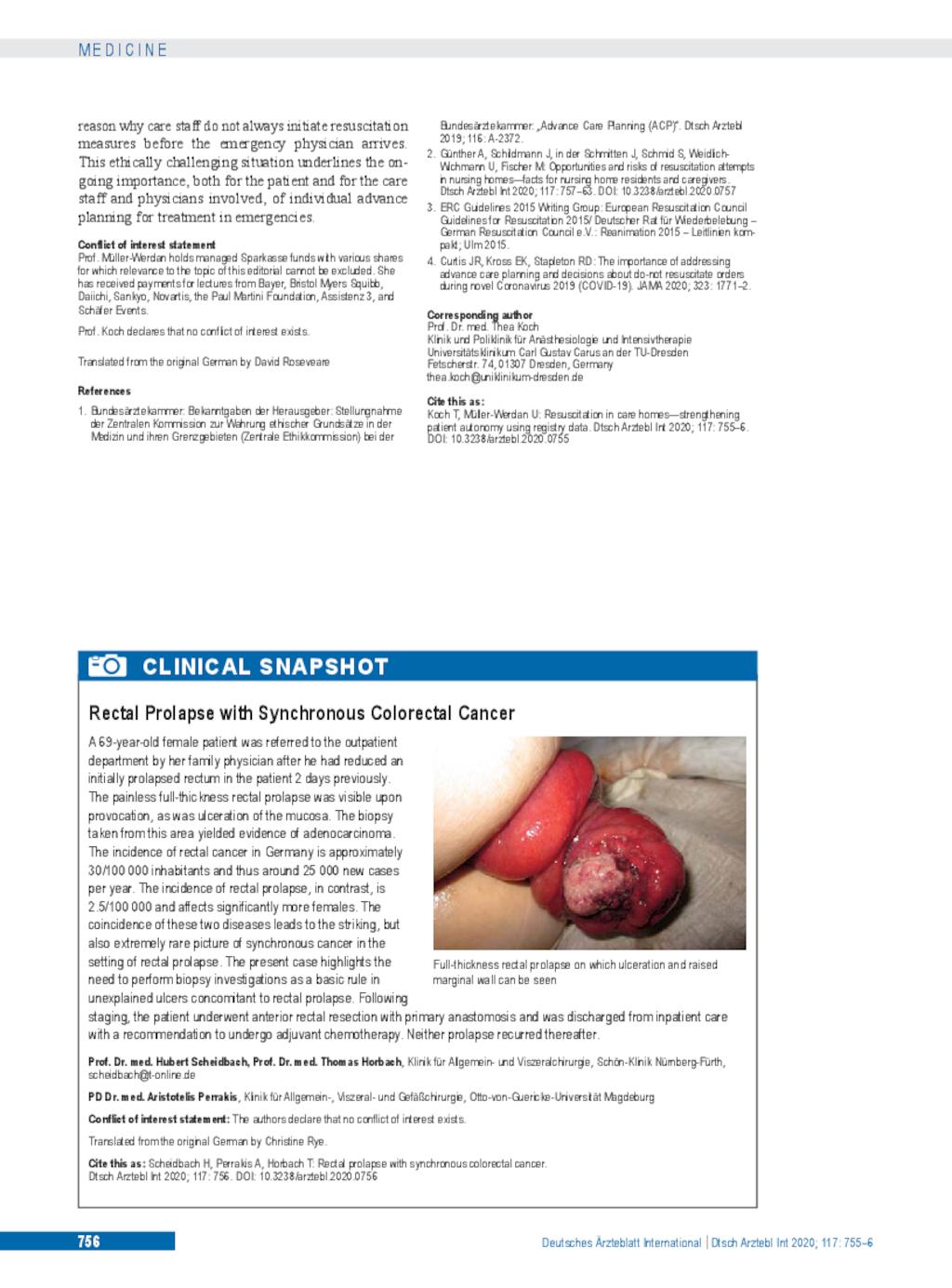