A 47-year-old female patient that had been diagnosed in 2010 with diffuse cutaneous systemic sclerosis (ANA titer 1: 1280, anti-Scl-70+, anti-CCP-Ab+) presented due to immobilizing pain and significant circumferential enlargement of the left upper leg. Other symptoms of disease included pronounced sclerodactyly, Raynaud syndrome, pulmonary fibrosis, and impaired esophageal motility. The patient had undergone numerous immunosuppressive treatments (including azathioprine, cyclophosphamide, and tocilizumab) in the past. Whole-body computed tomography (CT) imaging revealed calcinosis universalis with massive involvement of the left upper leg, axillae, and paravertebral region. Calcinosis universalis is a rare complication that has been described in patients with myositis, psoriasis, uremia, and systemic sclerosis. It is characterized by deposits of calcium phosphate crystals (hydroxyapatite) that can accumulate in the deep dermis, subcutaneous tissue, fascia, and muscles. There are no treatment approaches as yet that have a long-term effect in reducing calcinosis in systemic sclerosis. An attempt at treatment with the Janus kinase inhibitor baricitinib initially led to mild colliquation of calcinosis in the upper leg. However, this attempt needed to be discontinued due to recurrent episodes of pyrexia and infectious complications. 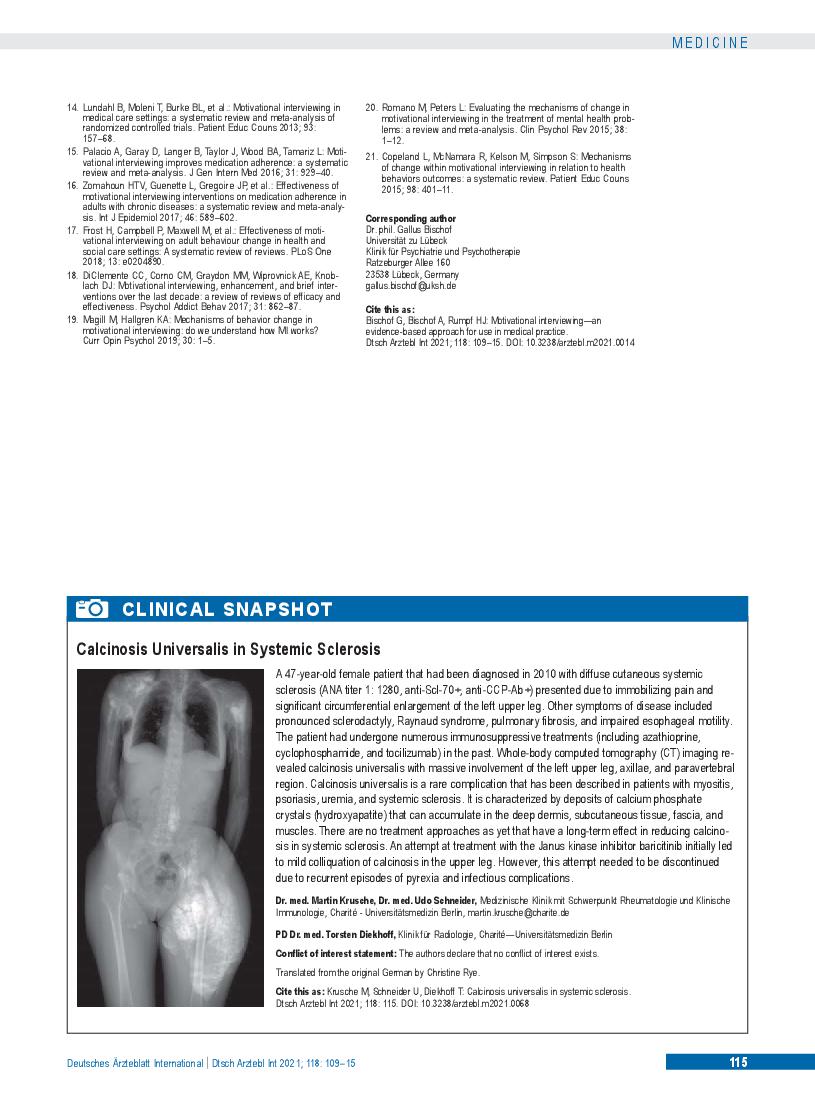