A 46-year-old male patient presented to his primary care provider for screening. The latter detected a perfused mass in the right renal pelvis on routine ultrasound. Blood pressure levels had been normal when previously measured at the medical office and were 128/78 mmHg at diagnosis. No auscultatory gap was found at the respective renal location. Ultrasound examination (Figure a) revealed an arteriovenous fistula in the renal parenchyma (arrows) draining into a large, parapelvic venous aneurysm. The volume of the fistula was determined on ultrasound to be approximately 1000 mL/min. Following computed tomography verification (Figure b) of the findings, the fistula was catheterized during the angiography and occluded by means of coil and onyx-based embolization. No changes in blood pressure were observed following the intervention. Kidney biopsy, which is the most frequent cause of renal AV fistulas, had not been performed in this patient. In terms of medical history, the patient had suffered a motorcycle accident 20 years previously and sustained bruising to the abdominal area, making a traumatic etiology appear likely.

Figure
Enlarge All figures
An Incidental Finding of Renal Arteriovenous Fistula and... 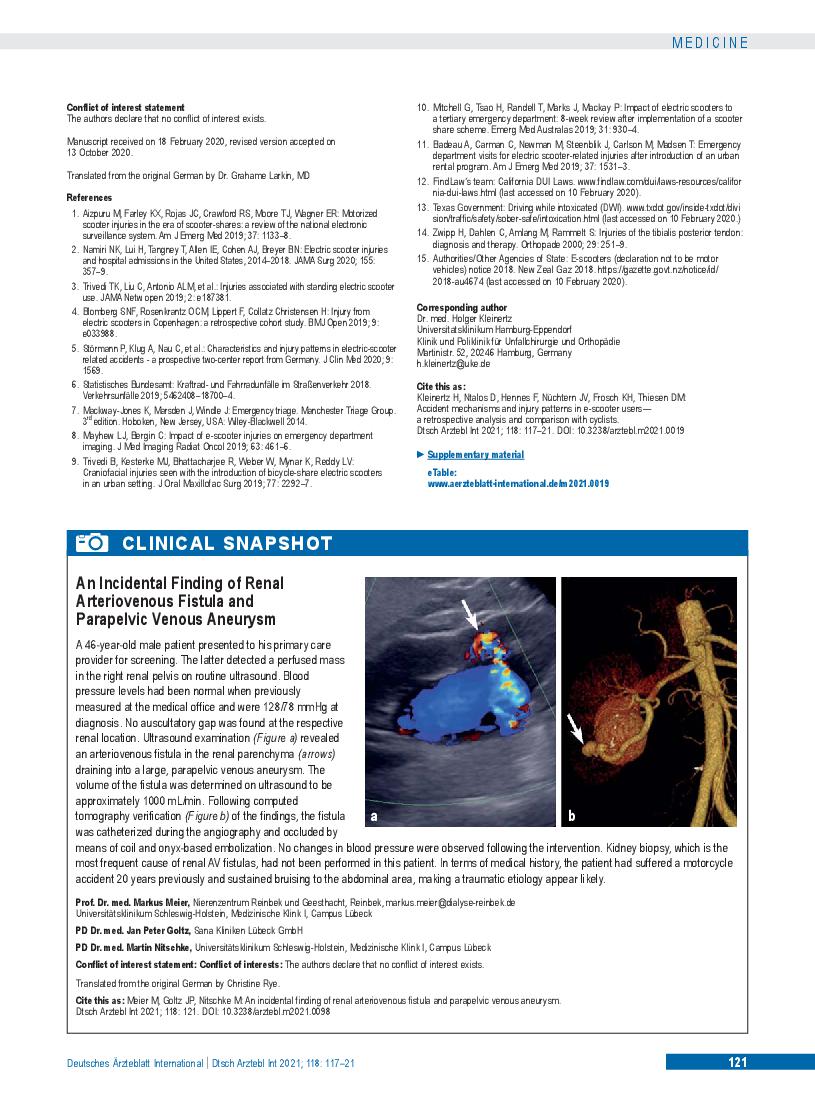