Frostbite-Like Lesions on All Fingers and Toes in Summer

A 19-year-old female patient presented with pasty/livid swelling, nail dystrophy, and leukonychia on the distal phalanges of all fingers and toes (Figure). The skin lesions had developed in winter, at which point they were clinically striking as frostbite, but had persisted in summer. Topical treatment with high-potency glucocorticosteroids was unsuccessful. Histological analysis revealed interface dermatitis with mucin deposits, on the basis of which we diagnosed chilblain lupus erythematosus (LE), a rare form of chronic cutaneous LE. The prevalence of chilblain LE is sometimes reported to be <1:1 000 000, which would appear to be excessively low. Approximately 20% of patients with chilblain LE have systemic LE, which was ruled out in this particular case. From a pathophysiological perspective, peripheral hypoperfusion is the main focus. Typically, the skin lesions described above occur. In the case of a purely cutaneous manifestation, treatment focuses on improving vascular perfusion. In terms of differential diagnosis, cutaneous sarcoidosis and hand/foot dermatitis should also be considered. 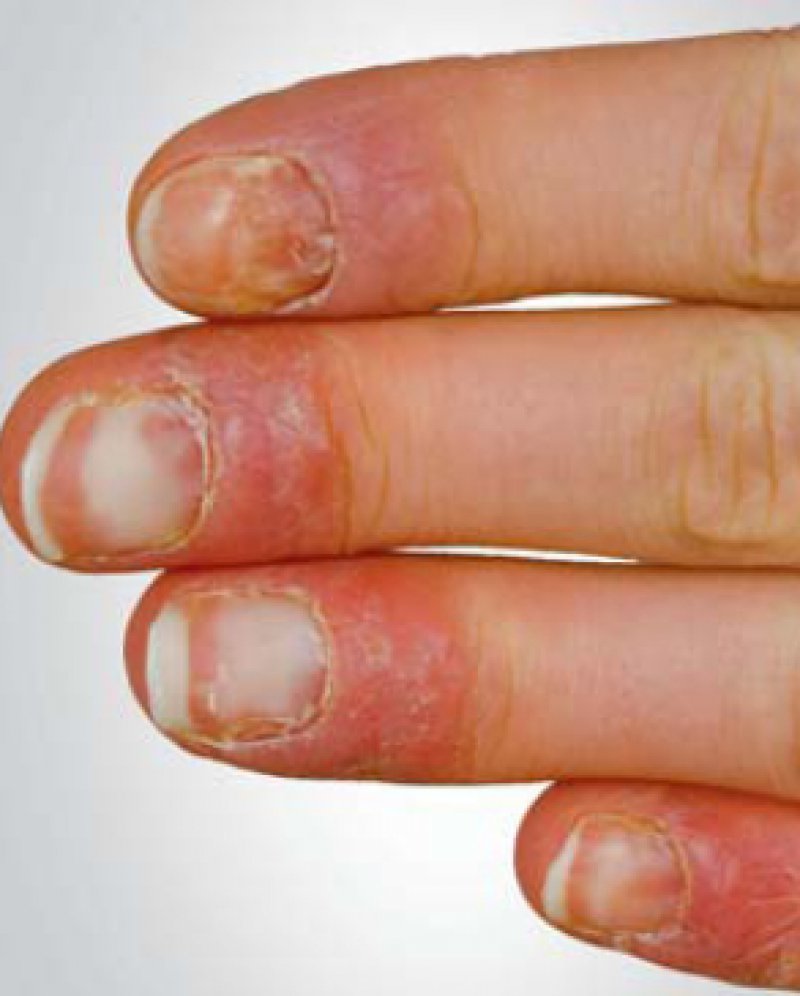 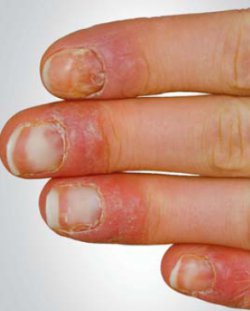 Medication with systemic corticosteroids combined with iloprost (a prostaglandin derivative) resulted in a pronounced improvement in the skin lesions. 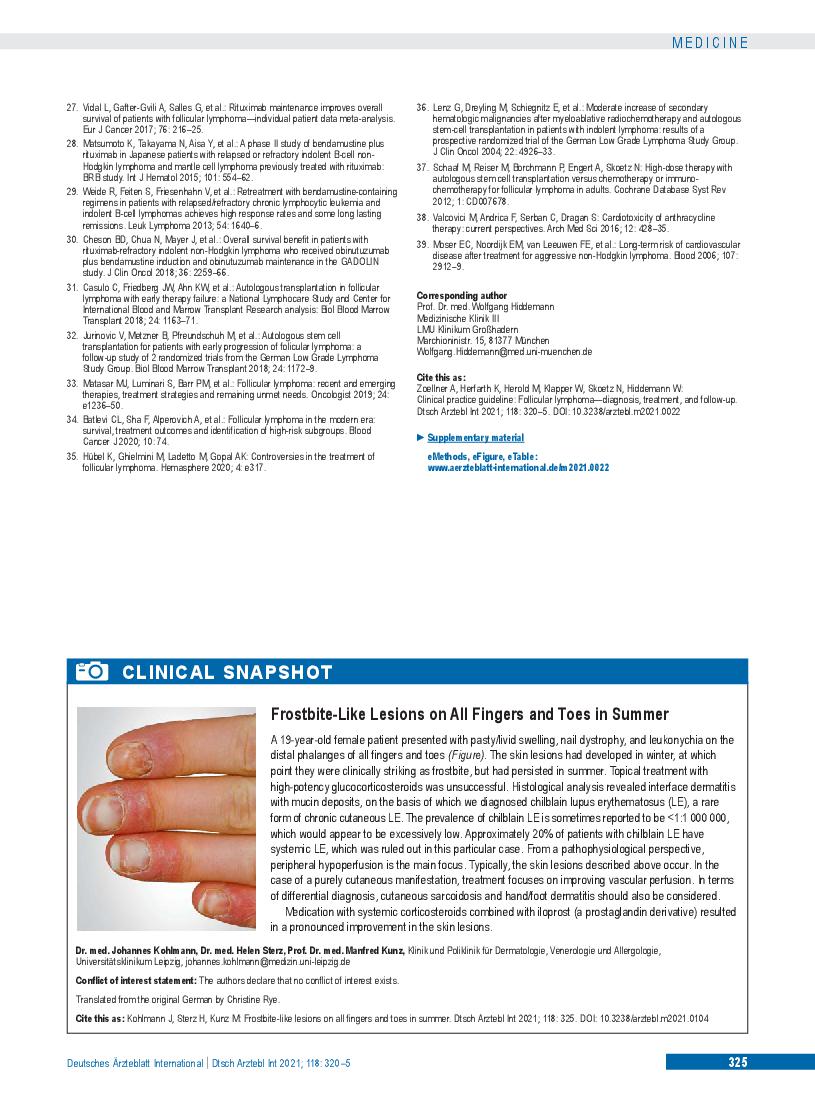