Bartholmes et al. (1) interpret their study results as evidence of a benefit of pupillometry in cardiac anesthesia. However, a number of limitations restrict this interpretation. The pupillometry did not reduce the postoperative extubation time, which was the primary endpoint. However, this is neither mentioned in the Summary nor in the Discussion section s. The investigation was stopped early based on an interim analysis after the inclusion of only 57 patients. The early stopping of the trial resulted not only in a considerably lower number of study participants than the planned 200, as stated in the study registration (2), but also in study groups of very different sizes (n = 32 in the pupillary pain index [PPI] group versus n = 25 in the control group).

Stopping a study earlier than planned can substantially underestimate the treatment effect. CONSORT (Consolidated Standards of Reporting Trials) therefore recommends a detailed description of the prerequisites of a planned interim analysis in the study protocol, and the establishment of an independent data control committee that reviews and implements those prerequisites (3). Statistical criteria should be viewed as recommendation rather than requirement for an early stopping. Respective information is neither provided in the methodology section of the article nor in the study registration (2). If one follows the CONSORT recommendations, the early stopping of this study is scientifically insufficiently founded. 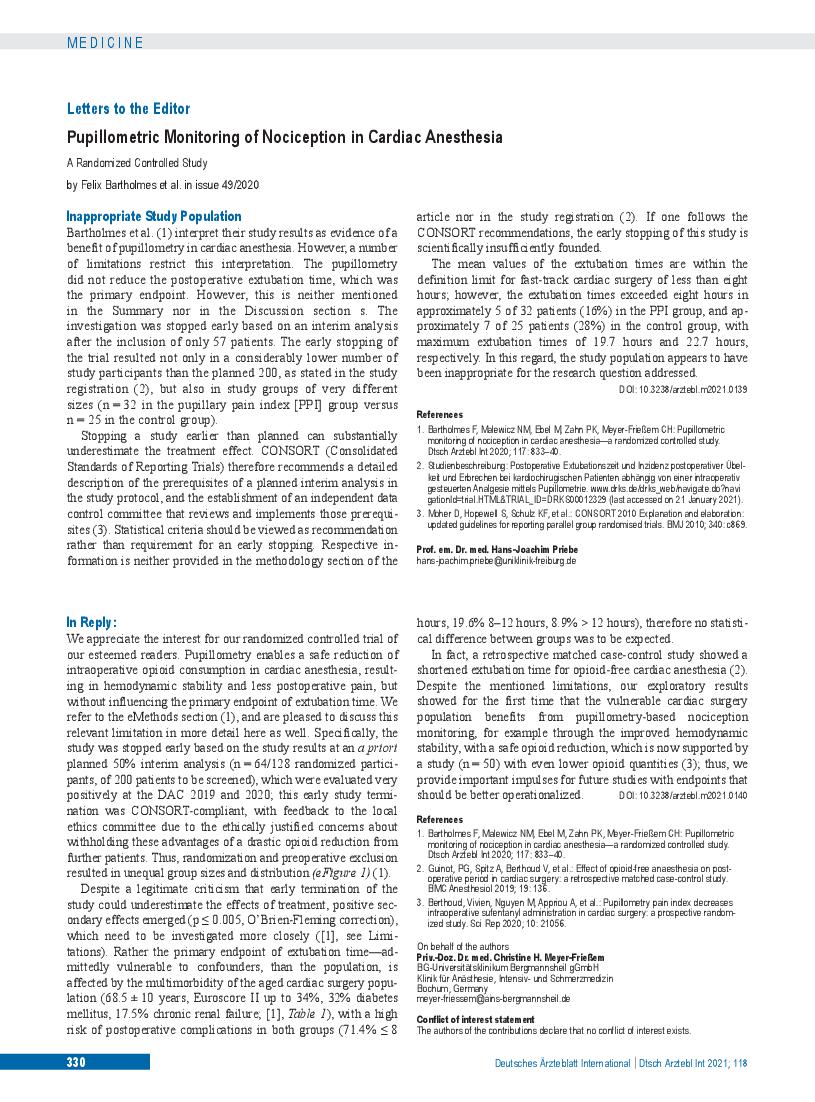