A Rare Cause of Intermittent Claudication: Persistent Sciatic Artery

A 45-year-old female presented with claudication of the right lower extremity. Her ankle-brachial index (ABI) had dropped to 0.6. Angiography revealed an atypical course of the superior femoral artery without transitioning into the popliteal artery. The latter filled with contrast via collaterals in a delayed manner. We suspected a vascular anomaly. After probing the internal iliac artery, it was possible to pass a thrombotically occluded sciatic artery. We initiated local thrombolysis with 1 mg rtPA/h for 20 h. Follow-up angiography showed decreased thrombus burden with underlying stenosis of the vessel. This was treated with a stent. Angiographic magnetic resonance imaging (MR angiography) 6 days following intervention revealed continuity of the schiatic artery (Figure). Follow-up at 12 weeks showed normal ABI without reduced walking distance. Persistent sciatic artery is a rare anatomical variant that arises from the inferior iliac artery and normally regresses in favor of the femoral arteries. Due to poor vessel structure, the vessel is prone to vasculopathy. 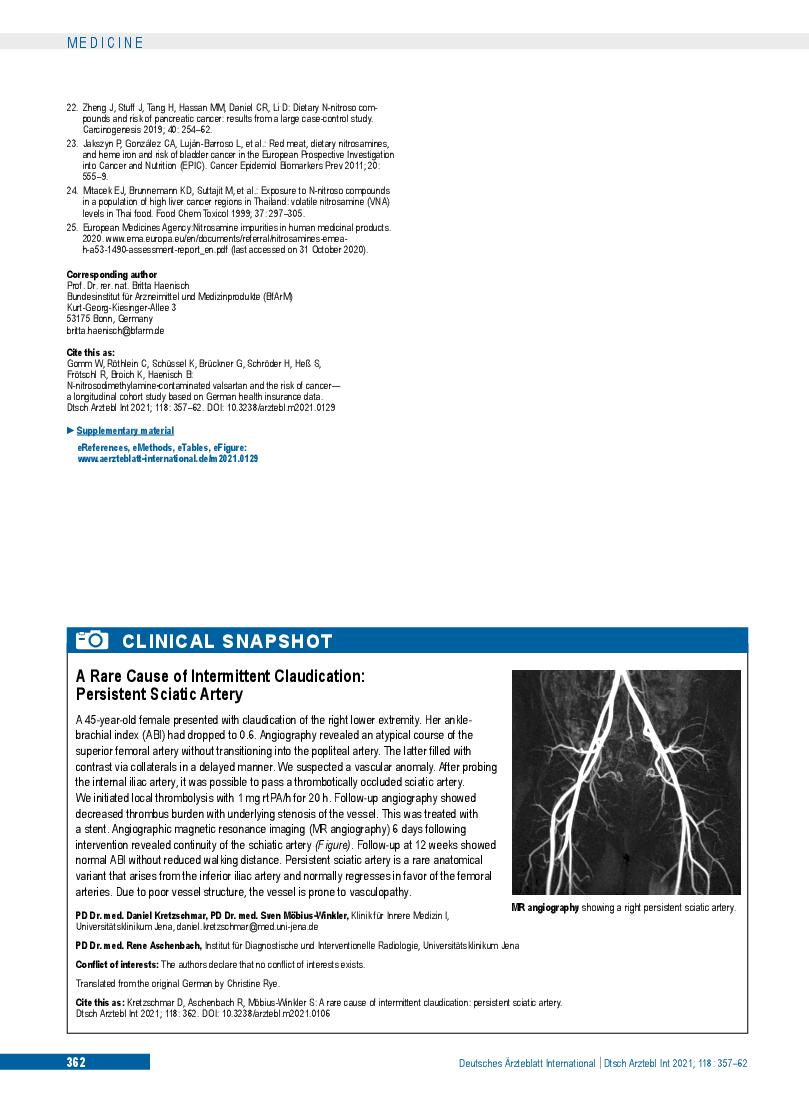