We wish to add an aspect from nutritional medicine to this carefully researched article, which should be considered as a factor of influence on health in the context of this topic: namely, fructose intolerance.

Some 40 years ago, fructose consumption in Europe was about 4–5 g per day, whereas nowadays it is an estimated 25 g/day (2). Data from the USA even imply that the average daily fructose intake is 80 g (3). In about one third of the population, symptoms occur when such high amounts of fructose are consumed. These symptoms are due to an overloaded or defective transport system in the small intestine (mainly GLUT-5 transporter). The fructose that is not absorbed in the small intestine therefore reaches the large intestine in high concentrations, where the microbiome metabolizes it into hydrogen, methane, carbon dioxide, and short-chain fatty acids. The clinical presentation is mostly that of irritable bowel syndrome with flatulence, abdominal cramps, and osmotic diarrhea, but also other impairing symptoms (4). Since these complaints are often the reason for so-called “irritable bowel consultations” with gastroenterologists, it is very important to be aware of these associations. 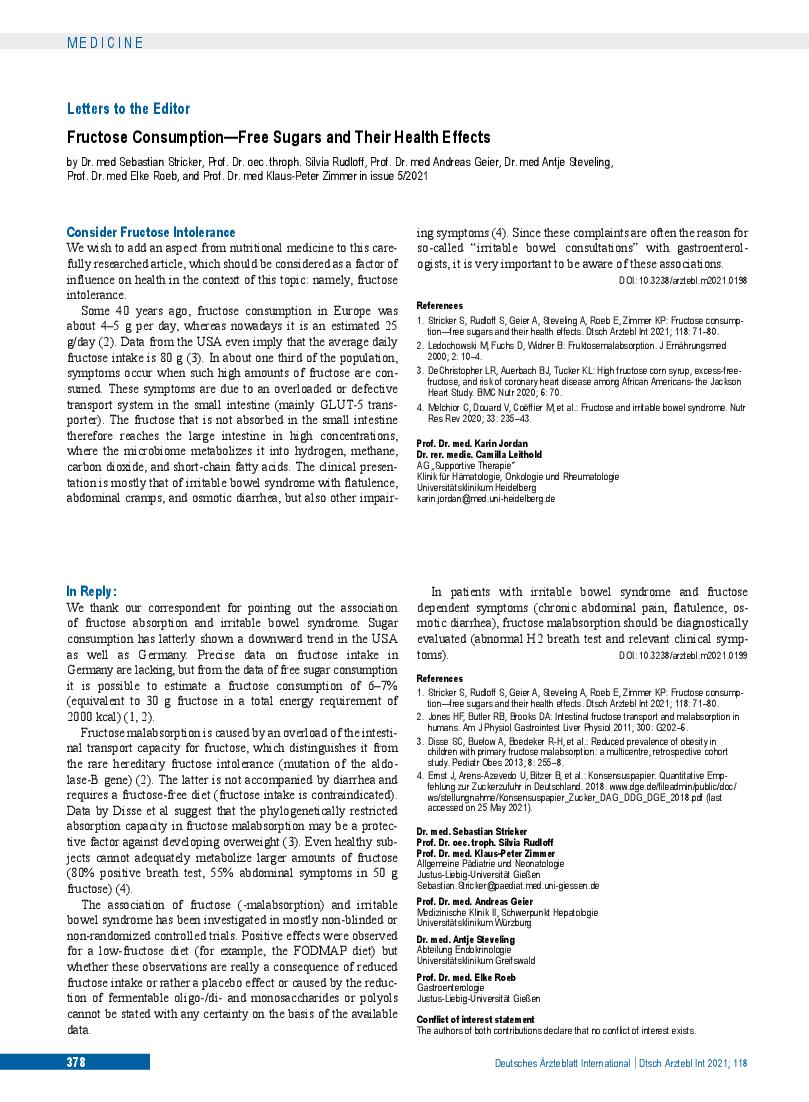