Delayed Diagnosis of Bacterial Infections during the Pandemic with Fatal Course

In their article, Krüger et al. highlight that in patients with sore throat a SARS-CoV-2 infection should also be taken into consideration during the SARS-CoV-2 pandemic (1).

In the Emergency Department of the University Medical Center Freiburg, Germany, an increased number of cases with fatal sepsis caused by group A streptococcus was observed during the first wave of the COVID-19 pandemic. In comparison with epidemiological data from the United States (2), this cluster appeared unusual.

In three exemplary cases, younger men aged 45 to 48 years were affected. In these patients, it was assumed that their symptoms of respiratory illness and sore throat, which they had experienced over several days, were of viral etiology. All cases took a severe septic course. Two patients died due to rapidly progressive multi-organ failure. The third patient survived the infection after being treated in ICU where he temporarily required dialysis. In all patients, a penicillin-susceptible streptococcus pyogenes was isolated from blood cultures.

All patients had in common that they had sought medical treatment with delay because of the pandemic. The sore throat was interpreted as an infection with SARS-CoV-2 and initially no further treatment was initiated.

In the pandemic situation, we would like to highlight misjudgments resulting from a fixation on a viral etiology of the symptoms which we think could have been the reason for the fatal course of these bacterial infections. Healthy adults, in particular, can compensate severe septic conditions over a prolonged period of time, and symptoms may be misinterpreted as complaints related to viral infection, both in patients with and without confirmed SARS-CoV-2 infection.

We believe that during the current third wave, in which young people are increasingly infected, this risk is present again. 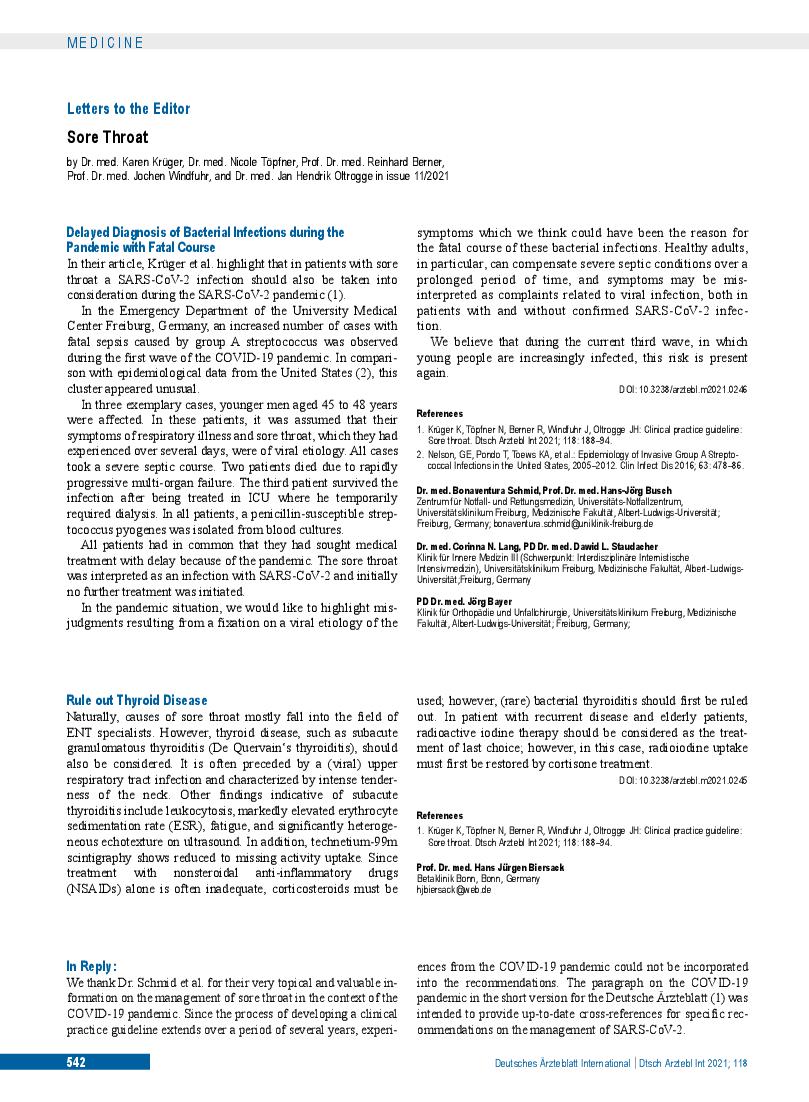