Endoscopy in an 84-year-old male patient with hematemesis revealed arterial bleeding in the upper third of the esophagus. Angio-computed tomography showed a 5-cm-wide retroesophageal left subclavian artery (arrow 2) with no separation from the esophagus (arrow 3). Immediately thereafter, the patient died of massive hemorrhage from a fistula connecting the left subclavian artery aneurysm with the esophagus. It was too late for any endovascular or transesophageal attempt at closure with covered stents. The pathology literature contains a few cases of fistulas between an aberrant left subclavian artery and the esophagus caused by long-term gastric intubation. We were unable to find any accounts of spontaneous fistula formation, as occurred in our patient. The patient’s leukocytes and serum C-reactive protein were moderately elevated, pointing to a superinfection in the area of the fistula. Aberrant left subclavian artery is the most frequently occurring congenital anomaly of the aortic arch (1:200). Its origin from the aorta (arrow 1) is often bulbous (Kommerell diverticulum), and it is prone to aneurysmal degeneration (arrow 2). The most commonly occurring symptom is dysphagia.

Figure
Angio-computed tomography (CTA) of the aortic arch in the transverse plane
Enlarge All figures
Upper Gastrointestinal Bleeding from an Aberrant Left... 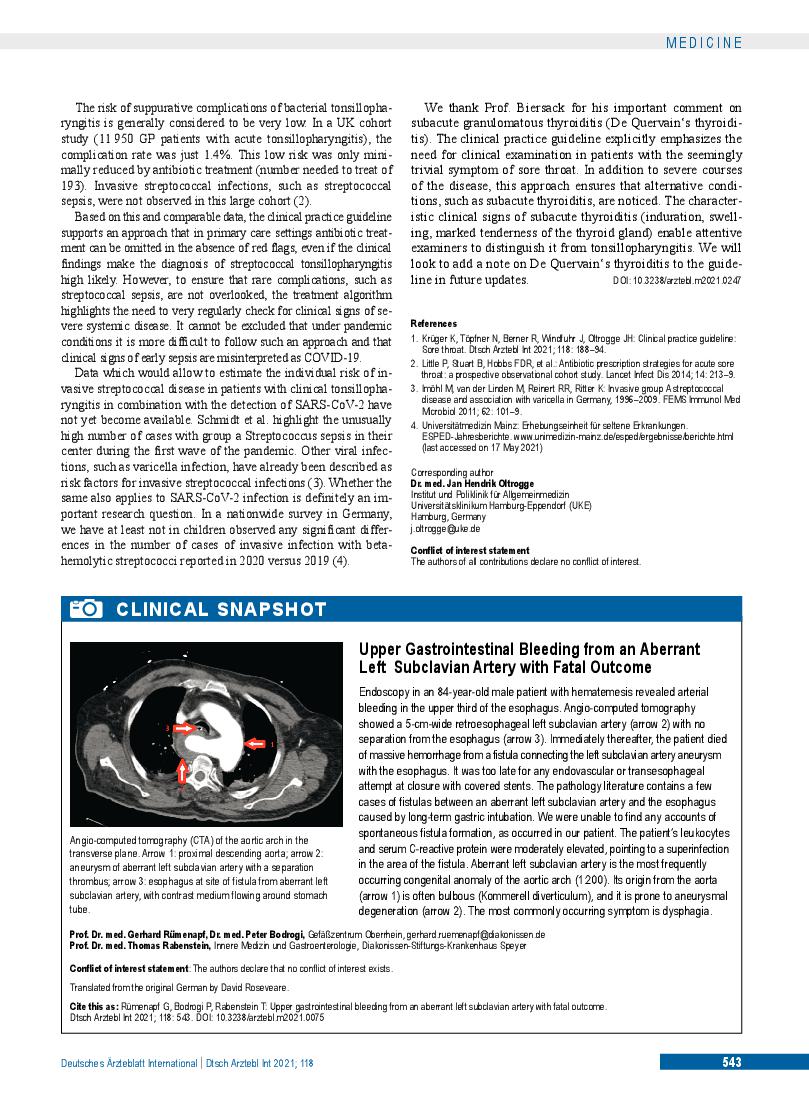