A 14-year-old boy was referred for investigation of a unilateral facial swelling that had been present since birth but had increased in size during the pubertal growth spurt. The patient also had various nevi on the left side of his abdomen. Orthopedic ankle surgery was reported to have taken place due to unequal growth of the lower extremities (left > right). Left convex scoliosis was noted. Palpation revealed that the facial swelling comprised lipomatous tissue with lymphatic vascular components. All internal organs appeared normal on sonography. Altogether, the clinical findings clearly point to CLOVES syndrome, a constellation of congenital malformations that belongs to a group of asymmetric growth disorders caused by somatic mutations of the PIK3CA gene. CLOVES syndrome is characterized by congenital lipomatous overgrowth, epidermal nevi, spinal lesions, unilateral progressive skeletal growth, and lymphatic/capillary vascular lesions. Wilms tumors have also been described. In clinical studies, genetic testing (with Proteus syndrome as differential diagnosis) has been followed by administration of mTOR inhibitors, PI3K inhibitors, or BYL719, with differing success rates. We chose not to carry out genetic testing to confirm the clinical diagnosis because of the lack of treatment options in the patient’s home country. 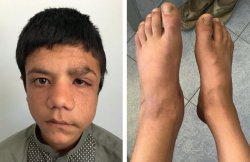 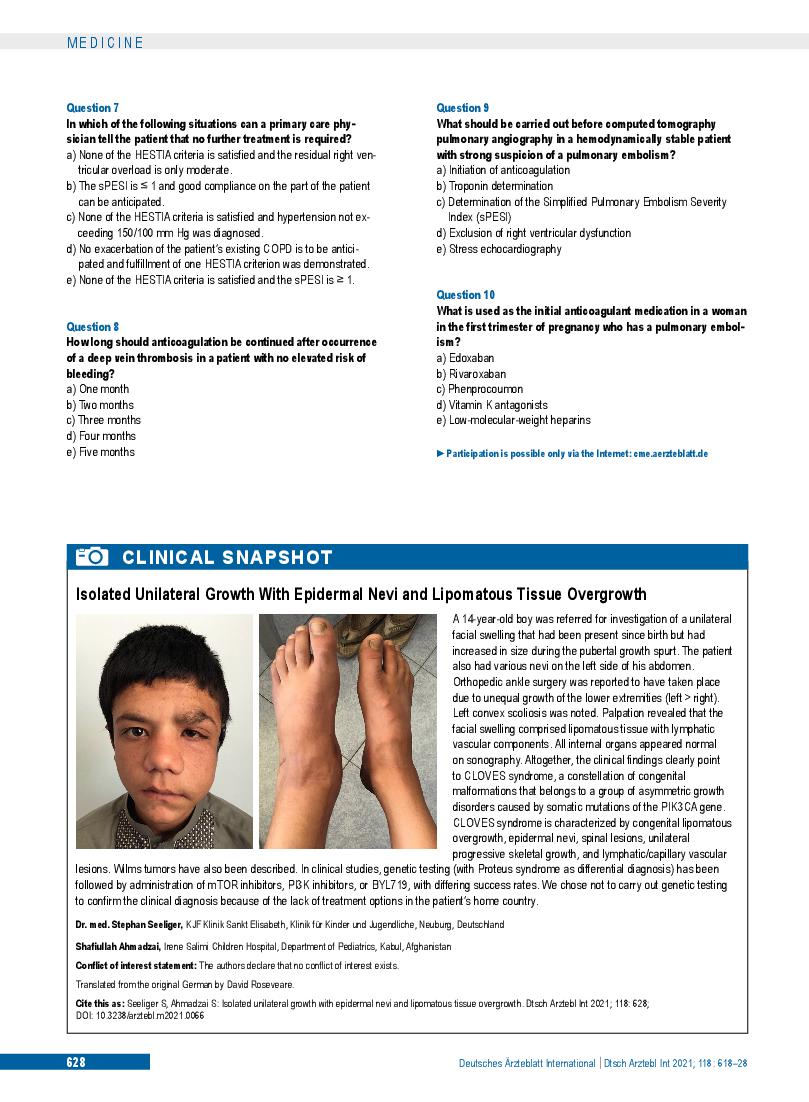