We thank Dr. Seydel for presenting this interesting approach which was evaluated in a subgroup of the pivotal study that led to approval of the AstraZeneca vaccine. Unfortunately, the group which received an initial lower dose of the vaccine only included 1396 persons; thus, the difference in efficacy with regard to symptomatic SARS-CoV2 infections just missed the significance threshold (p = 0.050) (1). In addition, since the interval between the administration of the first and second dose was longer in the group with reduced initial dose, it was not possible to differentiate between a dose effect and the known effect of improved vaccine protection by a longer interval between two doses of AstraZeneca vaccine.

Ultimately, the approach of using different doses for the first versus the second administration of the vaccine was not taken further, as this strategy would create logistic challenges in large vaccination campaigns. Thus, there is still a lack of larger-scale studies which are needed to reliably demonstrate adequate (or even greater) efficacy. 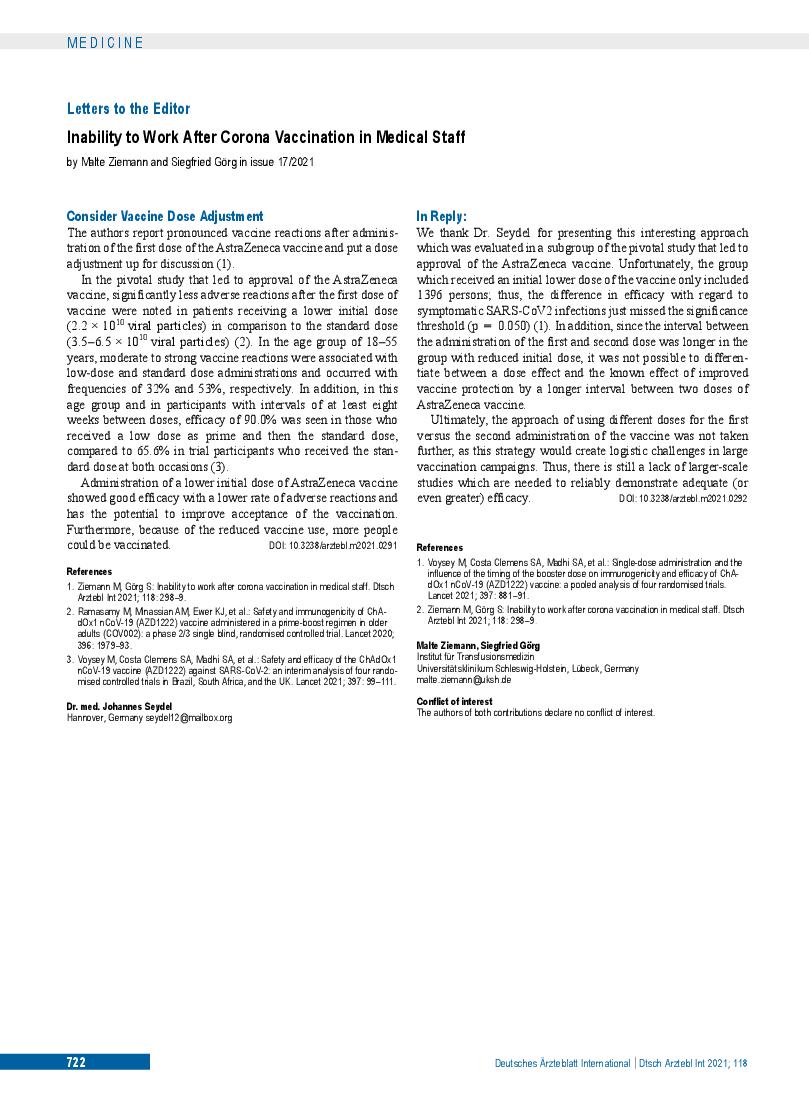