A 16-year History of Dyspnea

A 60-year-old female patient (BMI 21.6 kg/m2) had been very active in sports in her youth, being a long-distance runner up into her late twenties. She had a 16-year history of progressive dyspnea. Radiology revealed highly typical diffuse centrilobular cystic changes throughout the lung and suspected angiomyolipoma at the left renal pole. This confirmed, in line with the European Respiratory Society (2010) guideline, the very rare diagnosis of lymphangioleiomyomatosis, which affects almost exclusively women. Due to the rarity of the disorder, its diagnosis is often delayed. Vascular endothelial growth factor D (VEGF-D) can be elevated in lymphangioleiomyomatosis, as was the case here at 1.178  ng/mL (normal value <0.8). In terms of lung function, there was moderate obstruction with mild hyperinflation and severely decreased diffusion capacity. Blood gas analysis revealed mild hypoxemia. Exogenous estrogens could have a negative impact on pulmonary health and should be avoided. The patient is undergoing continued university hospital care and is receiving an mTOR inhibitor (sirolimus) to prevent further loss of lung function.

Figure
Computed tomography of the chest
Enlarge All figures 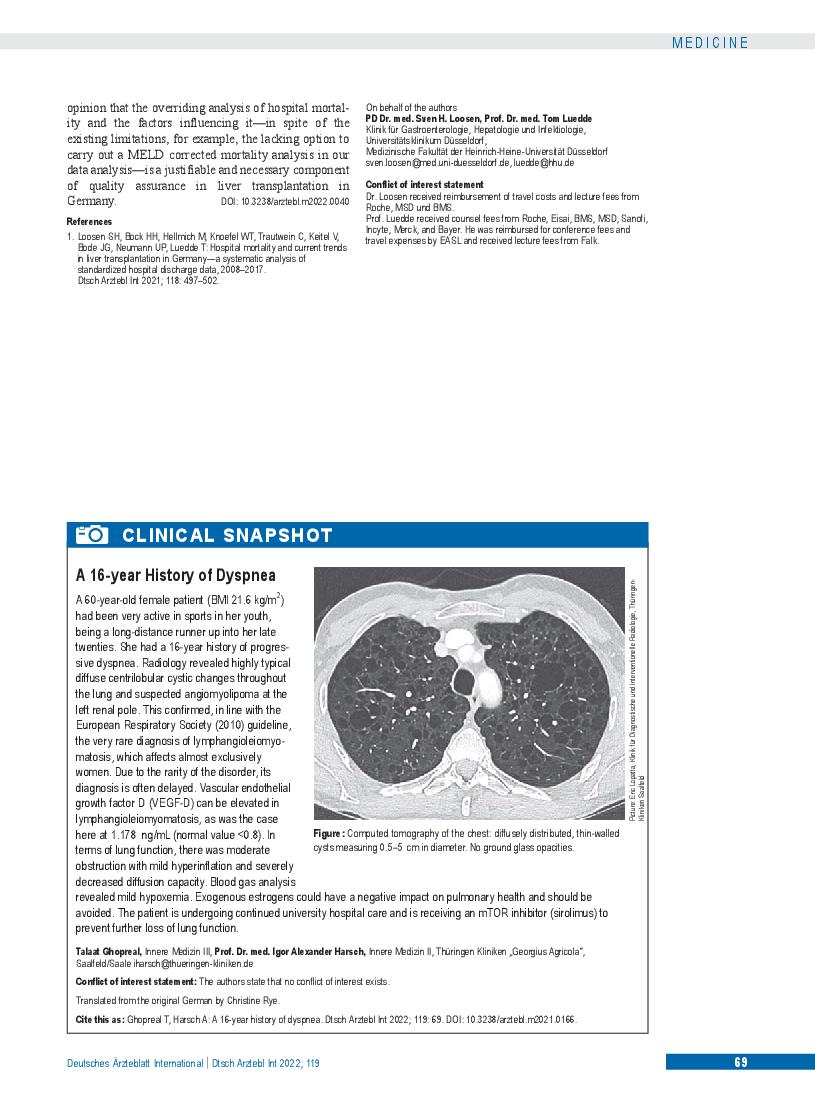