A Rare Case of Barotrauma Caused by Coughing

A 63-year-old man had a coughing fit and felt a tearing sensation in the right hemithorax. Clinical examination showed thoracic instability with attenuated breath sounds and extensive soft tissue hematoma. The patient’s dyspnea worsened and he was transferred to Tübingen University Hospital for surgery. External trauma could be ruled out. Computed tomography showed a rupture of the muscular and bony chest wall accompanied by diaphragmatic hernia, with intrusion of bowel into the thorax (Figure). Emergency median laparotomy was carried out, and the intraoperative findings confirmed the combined rupture of the diaphragm and the chest wall. After repositioning of the herniated bowel, the diaphragm was repaired with two rows of sutures. This stabilized the chest wall. After a suture was dislodged by coughing on postoperative day 5, the diaphragm was reconstructed using a GoreTex patch. The patient swiftly recovered from surgery. The cause of the cough remained unidentified. Diaphragmatic rupture caused by coughing is rare, particularly in this location with accompanying rib fractures. This case represents an example of barotraumatic injury caused by an apparently minor event. 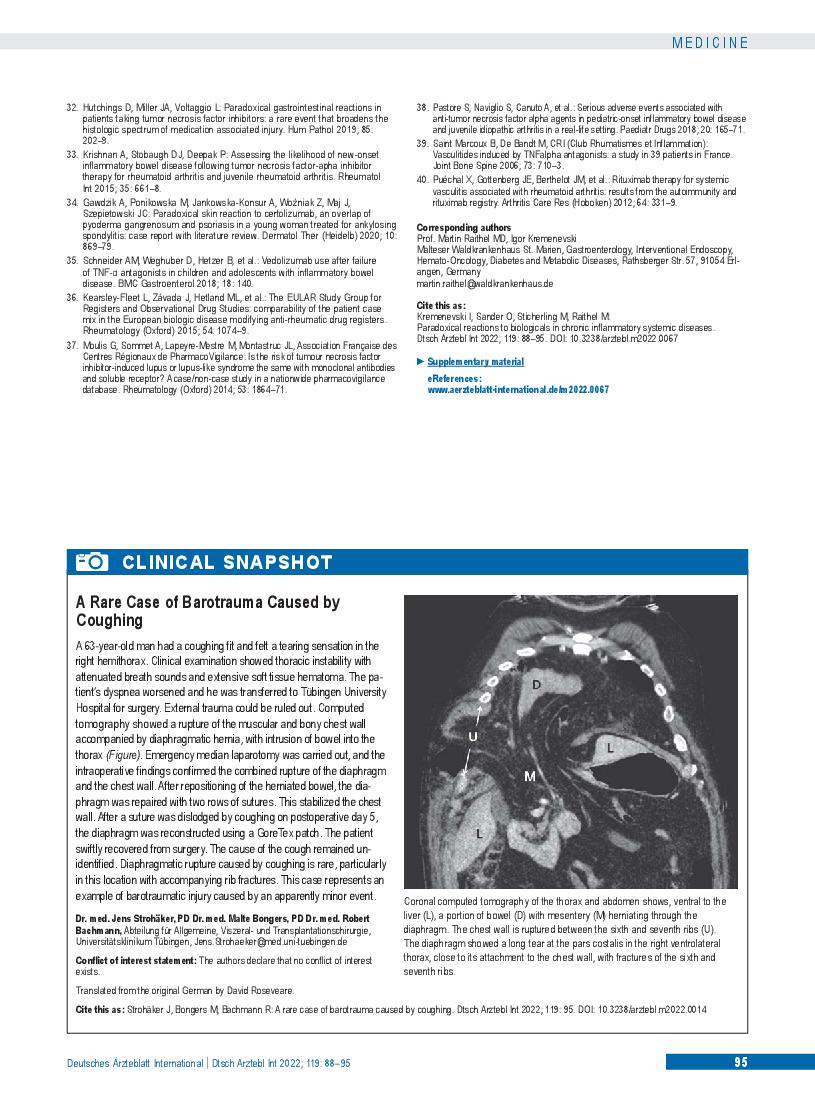