A 20-year-old man presented with a 3-day history of erosions of the oral mucosa (Figure) and reddened conjunctivae. Three days before appearance of the first lesions he had started feeling unwell, followed 1 day before onset of the erosions by loss of his sense of taste. A lateral flow test and a polymerase chain reaction test were both positive for SARS-CoV-2. To exclude pemphigus vulgaris, we took biopsy samples for conventional histology as well as direct (DIF) and indirect immunofluorescence (IIF). Neither of the latter revealed any evidence of blistering autoimmune disease. The findings of conventional histological examination were indicative of erythema exudativum multiforme (EEM). As the disease progressed, the patient developed pronounced erosions of the genital mucosa and atypical cockades on his legs. The patient’s cutaneous manifestations improved with administration of 2 mg/kg body weight prednisolone daily, and he was discharged after 3 weeks of inpatient treatment. The occurrence of severe erosive mucosal lesions resembling EEM, as in our patient, has been reported as a rare complication of SARS-CoV-2 infection. 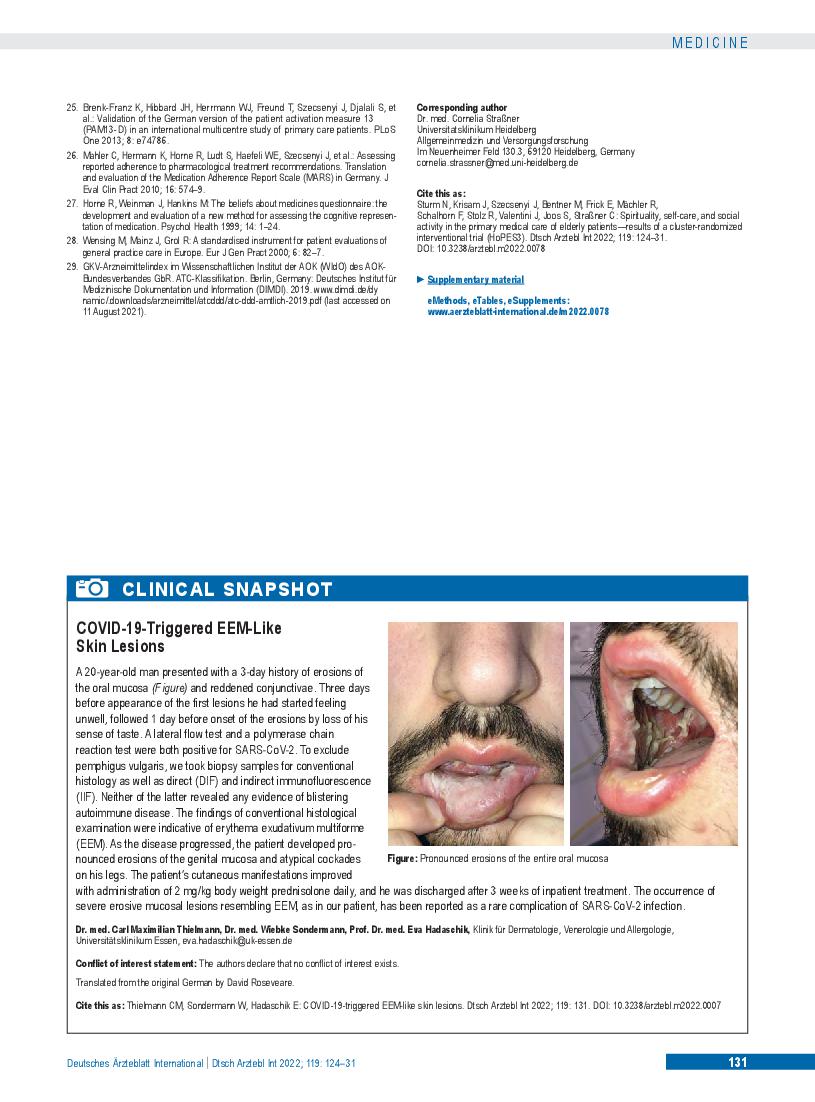