We thank our colleagues Schalk and Hentrich for their interest in our article (1) and for the resulting discussion.

The catheter-associated infection rate was 3.1% of all catheters; 1.4% of all inpatients were affected by a catheter-associated infection at the time of the point-prevalence analysis (PPA). In the correction process, the wording was mistakenly changed to “...1.4% (…) of the catheters in the hospitalized patients”. Thank you for pointing this out and giving us the opportunity to correct it.

As correctly stated, no distinction was made between short-term, tunneled central venous catheters (CVCs) and port systems in the evaluation. This type of access was recorded, but the numbers were small overall, so that the risk of infection could not be examined in a differentiated manner.

Indeed, it can be justifiably argued that the patient’s own risk factors, such as previous illnesses, have a significant influence on risk of infection. However, our investigation was aimed exclusively at patient-independent, access-related risk factors. Only these were included in the multivariate regression. Patient-specific factors should be the subject of further investigation. 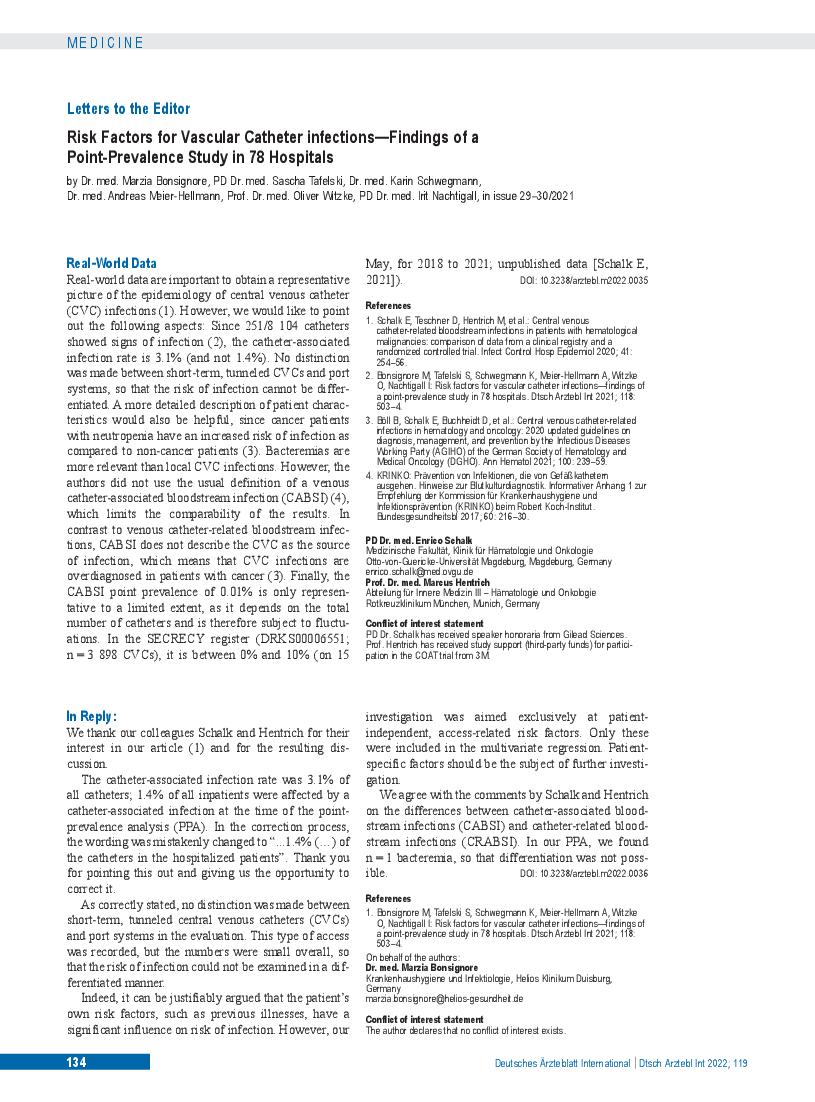