Wallerian Degeneration of the Pyramidal Tract

A 51-year-old man suffered a cardioembolic infarct in the territory of the right middle cerebral artery, with forced head and gaze deviation to the right along with left hemineglect and hemiplegia. Subsequently, head/gaze deviation, facial motor function, and neglect had improved, while the left leg remained paralyzed. The left arm showed only minimal motor improvement. Computed tomography (CT) 255 days after the event demonstrated secondary Wallerian degeneration of the pyramidal tract (A and B, arrowheads).

Historically, detection of secondary degeneration of cerebral structures played a central role in the identification of CNS functional units on the basis of their connections. Investigation of the brain by means of routine CT or magnetic resonance (MR) imaging enables visualization of degenerating fiber tracts, but current neuroscience research has switched to MR-tractography with its much higher resolution. 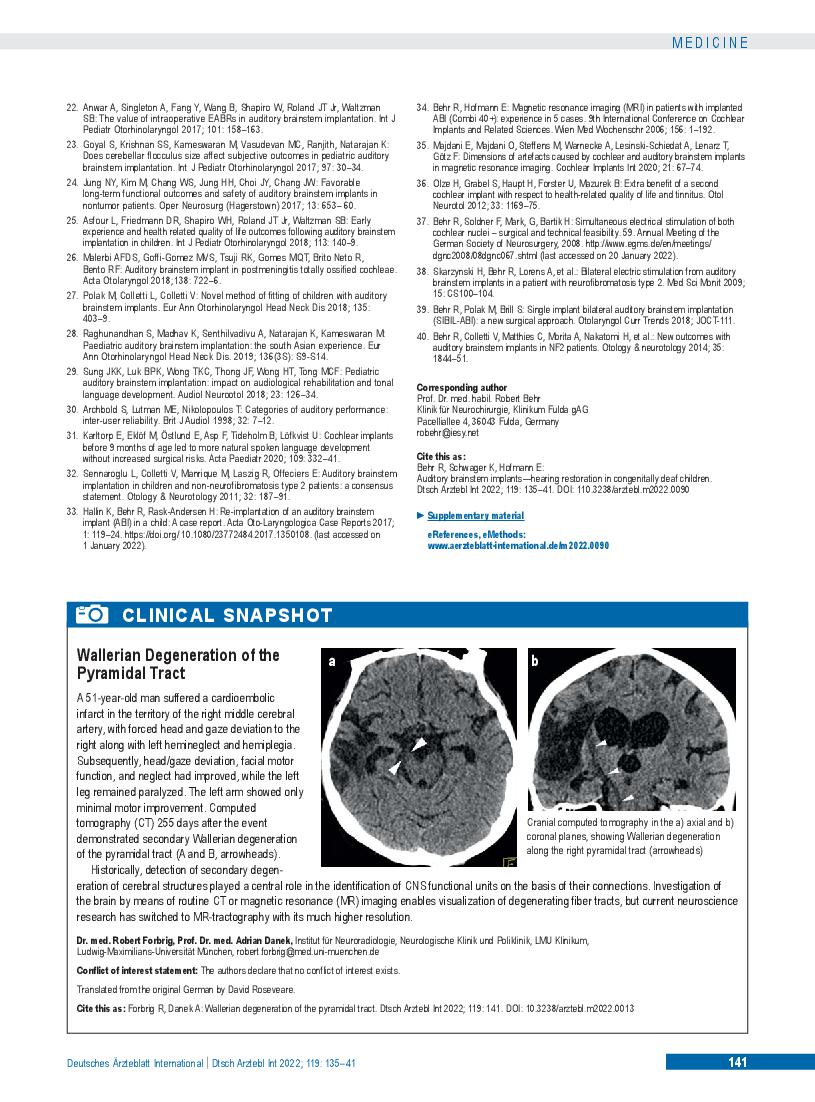