DÄ internationalArchive9/2022A Sound Article That Is Relevant to Clinical Practice

A Sound Article That Is Relevant to Clinical Practice

I wish to feed back that the review article on a rarely mentioned topic was of extraordinary interest to me as a primary care doctor of many years who is currently a psychotherapist (1). I work mainly with people with substantial psychiatric but also chronic physical diseases, whose medical histories in many cases recorded impairments or relevant events during pregnancy, whether premature births or intrauterine complications such as threatened abortion (abortus imminens), alcohol and nicotine misuse among mothers to be or even maternal cardiac arrest during the birth.

It is characteristic of my patients (all older than 30 years) that the respective pediatricians trivialized health problems by using the sentence “you’ll grow out of that” and did not/were not able to draw any conclusions in the sense of offering supportive companionship or information from the obviously not readily concrete functional weaknesses that occurred sooner or later. What is also often missing in such cases, and for various reasons, is any documentation, with the result that developments during pregnancy and early childhood cannot easily be explained. This often has consequences in terms of the sociolegal process, where proof, diagnoses, and findings are required that are impossible to obtain or that are rejected as speculative, although the history makes it clear that problems very obviously existed. I mainly deal with aspects of the neurocognitive socioemotional and psychological risk. The article enables me to reason more appropriately in my work, to uncover associations, and to unburden the affected person. I would be interested to know if accessible studies exist that fundamentally investigated impairments of a graver nature during an intact full-term pregnancy and whose results are similar. 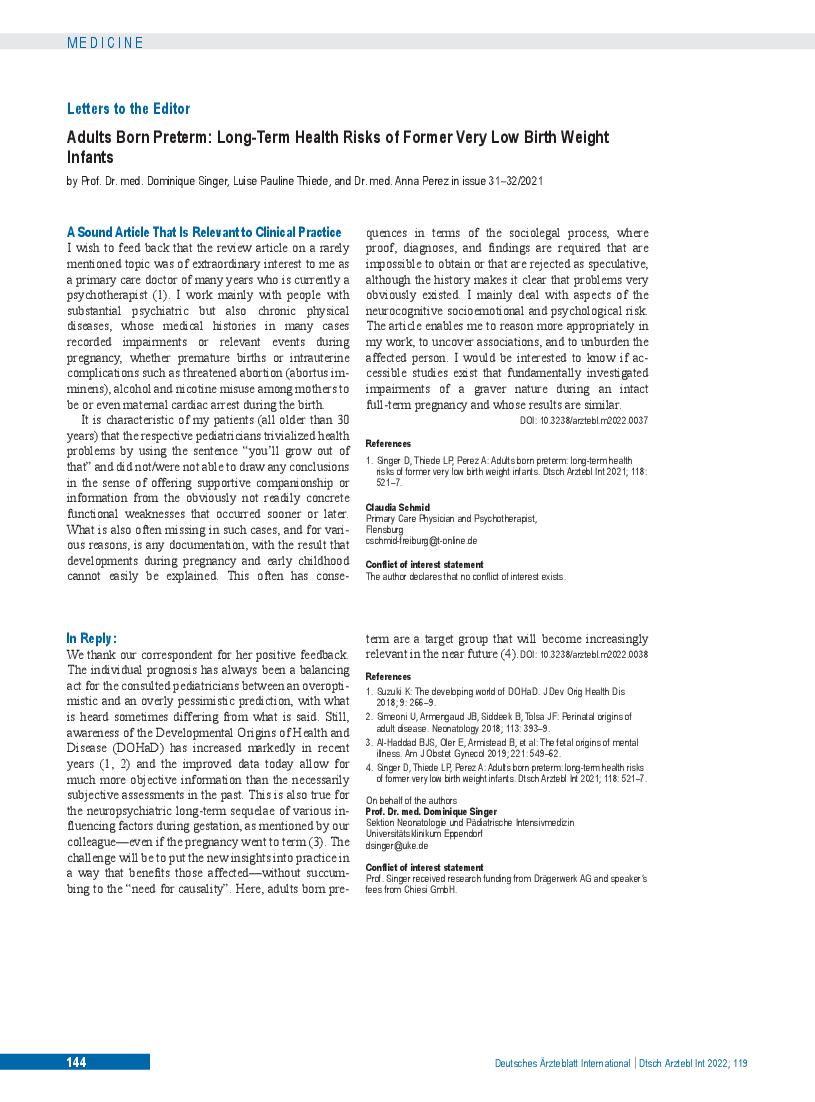