Professor Wenderlein addresses the important and interesting subject of neuroprotective and preventive measures for intervention in the pathophysiological processes of Parkinson's disease. To the present day there is still no curative and no conclusively proven neuroprotective therapy, although in the latter area numerous substances have been repeatedly discussed.
As regards the interesting studies referenced for the influence of postmenopausal estrogen therapy and iatrogenic menopause on the risk of Parkinson's disease, the following aspects are also worth mentioning:
The study of Currie et al. suggests that the risk of developing Parkinson's disease can be reduced by the postmenopausal estrogen therapy. However, this seems only to hold true for the natural menopause. Research conducted by Popat et al., on the other hand, showed that hormone therapy in post-hysterectomy patients with or without ovariectomy is even linked to an increased risk of Parkinson's disease. Ovariectomy itself, however, appears to be associated with an increased risk of Parkinson's disease, as evidenced by the study of Rocca et al. quoted by Professor Wenderlein. The cited study, however, is unable to answer the question whether estrogens do in fact exert a neuroprotective effect on dopaminergic nigrostriatal neurons in vivo in Parkinson patients.
DOI: 10.3238/arztebl.2008.0054b

Conflict of interest statement
The authors of both articles declare that no conflict of interest exists according to the guidelines of the International Committee of Medical Journal Editors.
1.
Popat RA, Van Den Eeden SK, Tanner CM, McGuire V, Bernstein AL, Bloch DA, Leimpeter A, Nelson LM: Effect of reproductive factors and postmenopausal hormone use on the risk of Parkinson disease. Neurology 2005; 65: 383–90. MEDLINE
Treatment of idiopathic Parkinson's syndrome: In Reply 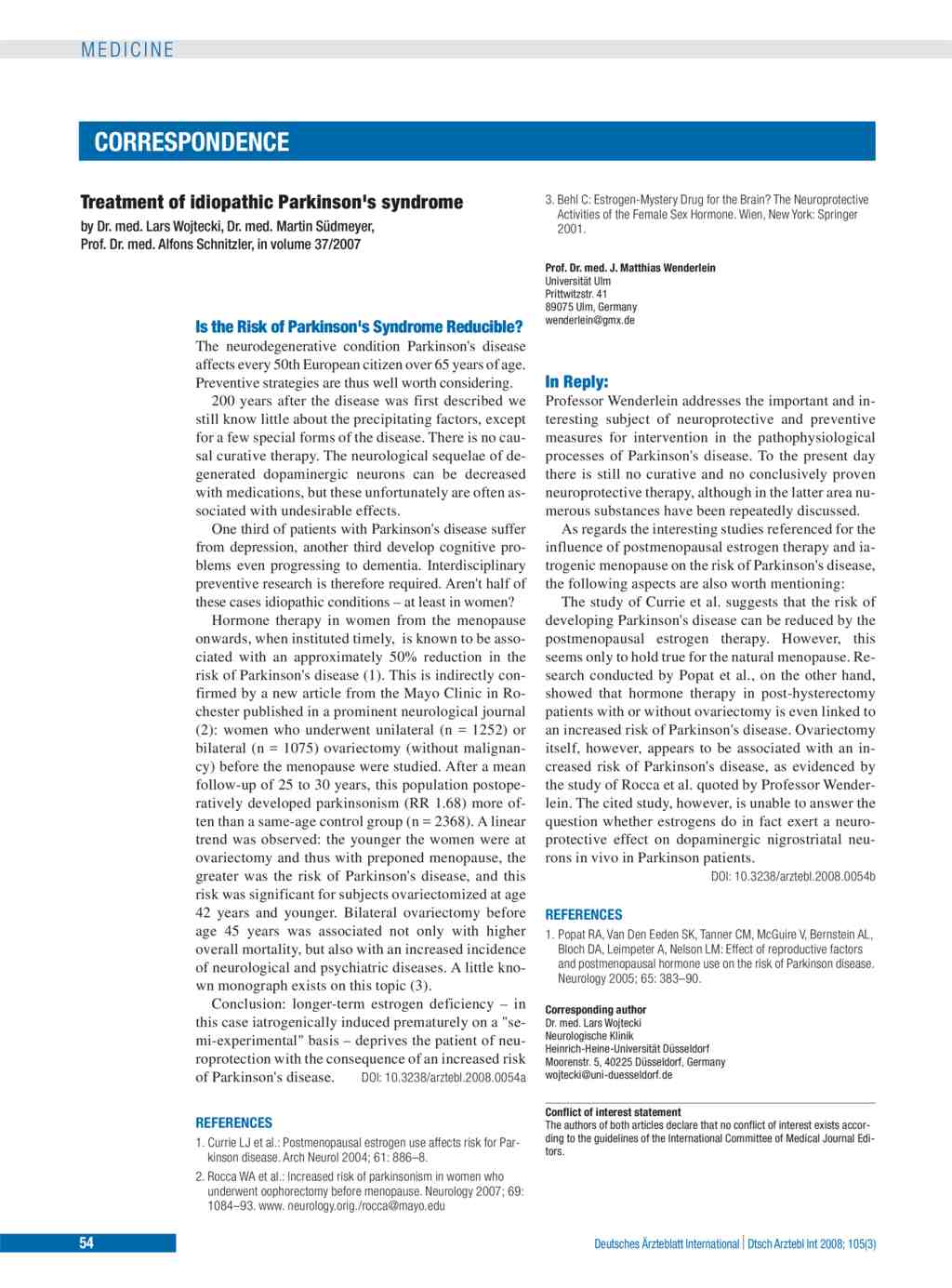