We thank Professor Meyer for detailing the drug interactions from a pharmacological perspective. Owing to the word limit, our original paragraph on molecular pharmacology and pharmacokinetics of amiodarone was taken out, in favor of a detailed explanation of differential diagnostics and therapeutic approaches in patients with amiodarone-induced thyroid dysfunction. Because of the known interactions between amiodarone and the "digitalis preparations" digoxin and digitoxin, the combination of both substances is hardly prescribed in patients with supraventricular arrhythmias (1). Although simultaneous administration of digoxin and amiodarone is known to result in substantial accumulation and raised serum concentrations of digoxin, cases of overdosing have also been described for digitoxin when amiodarone was given simultaneously (2). Possible pathological mechanisms include inhibition of the tubular renal secretion of digoxin on the one hand, and displacement of bound digoxin or digitoxin by amiodarone from the target tissue on the other hand. We also need to remember that digitoxin binds to tissue and protein more strongly than digoxin (2).

If amiodarone is combined with statins atorvastatin or simvastatin are used more often than the less effective pravastatin, for reasons of clinical relevance and pharmacological effectiveness (3). The formerly mentioned statins are metabolized by cytochrome P4503A4, which is inhibited by amiodarone, and the combined administration may trigger higher plasma levels. With this in mind, no life threatening interactions have been described thus far (1, 3). The follow-up preparation dronedarone has not been licensed for the German market, according to information from the manufacturers, so that we will have to wait a bit longer for the long awaited substitution of amiodarone. DOI: 10.3238/arztebl.2008.0263b 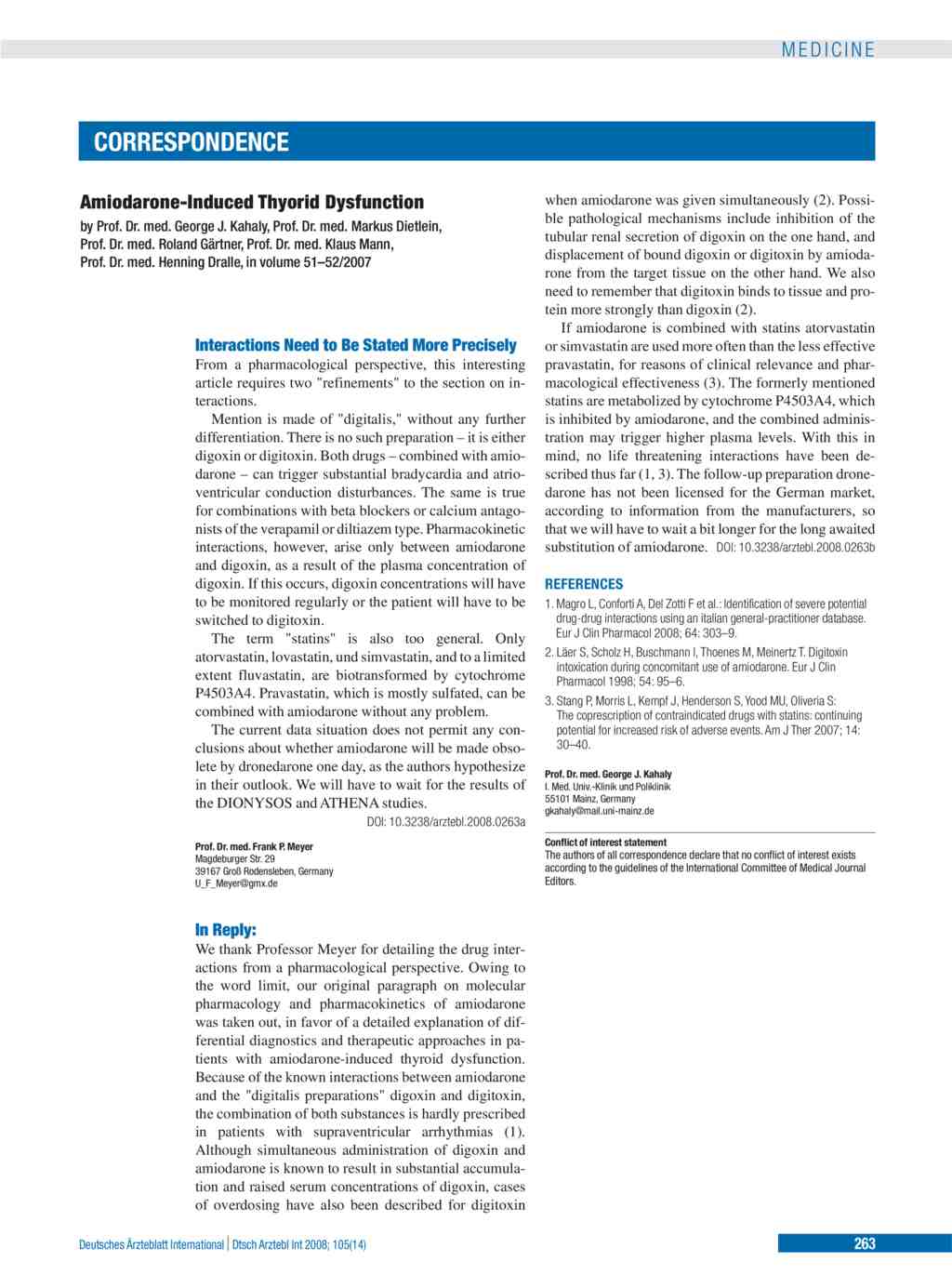