This excellent review article follows on seamlessly from August 2007's "Essential Thrombocythemia."
It remains to be seen whether the two other chronic myeloproliferative disorders – chronic myeloid leukemia and myelofibrosis – will also be reviewed so comprehensively.
In figure 2, the authors illustrate the cycle of erythropoiesis via erythropoietin and the central role of HIF-2a in cellular oxygen sensing. Further to the mutations described by the authors, a mutation of the HIF-2A gene (G1909T) (1) and of the prolyl hydroxylase domain-containing protein 2 (PHD2) in other familial erythrocytoses has been described (2). This is particularly notable because initial clinical studies have started and have been published on the basis of our understanding of the regulation of erythropoietin production. Oral medications are used to inhibit PHD2 and treat anemias. In light of the current discussion about erythropoiesis stimulating factors, molecular insights into the key role of HIF-2a will enable the deduction of new strategies to stimulate erythropoiesis and therefore potentially new treatment options for anemia (3). DOI: 10.3238/arztebl.2008.0480b 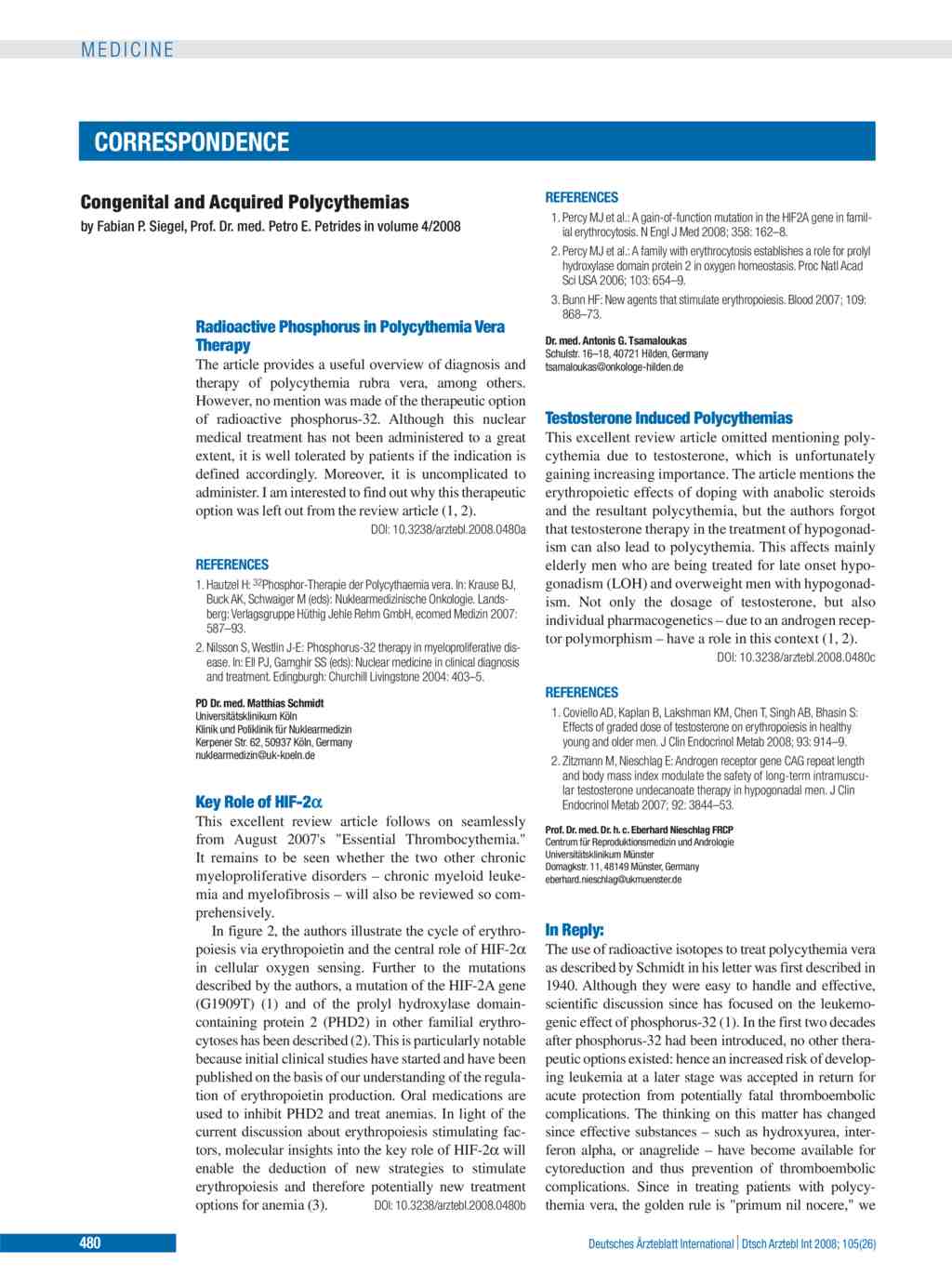