The subject of the article is relevant for many medical disciplines. As a matter of course, this entails the risk that representatives of individual disciplines find that the fundamentals of their work have been dealt with to an insufficient degree. This is the case for the response by Wörz, which – in relation to fibromyalgia symptoms – does not only call for a discussion of the problems caused by pain but also the many other symptoms. However, in the introduction I made it clear that psychosocial aspects of the chronic muscle pain syndromes were not the subject of my article. Otherwise I agree with Wörz in that many of the mechanisms (and more that were not mentioned) occur in parallel and cannot be seen in isolation. Experimental study of nociceptive mechanisms necessitates focusing on one main aspect (a working hypothesis) in order to come to any conclusion at all.

It goes without saying that patients with pain should not be regarded as models for the study of nociception. This does not change the fact, however, that causative mechanisms underlie even the most complicated cases of chronic muscle pain. Basic science will need to identify and describe possible mechanisms, while initially leaving open which of these mechanisms are active in a particular patient with pain.

I thank Kohls for pointing out that in his experience, the described referral of muscle pain with subsequent mislocalization of the source of pain by the patient is not an exotic phenomenon but a common occurrence. However, I do not know to which extent this is common knowledge in medical practice. The letter emphasizes the importance of physical examination to identify and treat trigger points and other defects in the musculoskeletal system. DOI: 10.3238/arztebl.2008.0510c

Conflict of interest statement
The authors of both letters and the reply declare that no conflict of interest exists according to the guidelines of the International Committee of Medical Journal Editors.
Muscle Pain – Mechanisms and Clinical Significance: In Reply 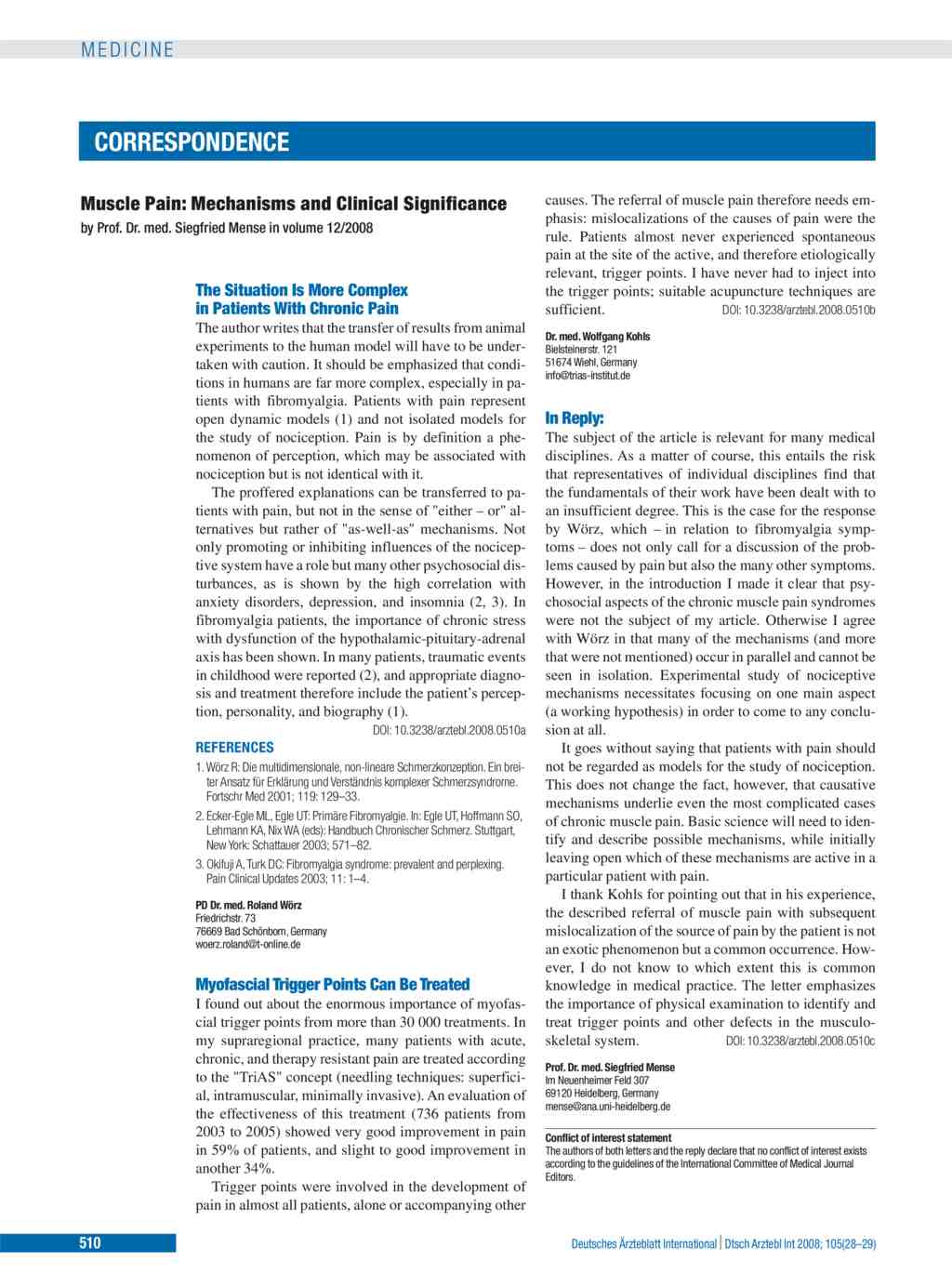