Smoking and Chronic Back Pain – Analyses of the German Telephone Health Survey 2003: Wrong in Two Respects

1.) In the results section, the author correctly reports the bivariate relationship between "smoking" and "back pain" and that this is restricted to women. Nevertheless, in the discussion section, she simply ignores this restriction to women. She then also writes that this correlation is maintained when confounding factors are controlled for. On the contrary, the presented data indicate that exactly the converse is true. Only a multivariate analysis finds a gender-independent association between back pain and daily smoking or stopping smoking. As the multivariate analysis fails to find any association with occasional smokers, the general statement at the start of the discussion is wrong in two respects. These imprecise formulations greatly oversimplify the results - assuming they are not a deliberate embellishment.

2.) It is also stated that the probability of suffering chronic back pain was multiplied after at least 16 years of smoking. This conclusion is unjustified in a cross-sectional study, as the famous question of the chicken and the egg can only be answered in longitudinal studies. Moreover, the duration of the back pain was not recorded.

3.) The author concedes that the validity of the questionnaire data on the state of psychological health is unclear. However, the problem is not that a questionnaire was used, but that psychological factors were recorded with two individual non-validated items. As an alternative, there are well validated (short) questionnaires to measure psychological factors. The most important would have been depressiveness (for example, with the HAD-D scale), as this has been shown to be associated with both back pain and smoking. DOI: 10.3238/arztebl.2008.0654a

Smoking and Chronic Back Pain – Analyses of the German... 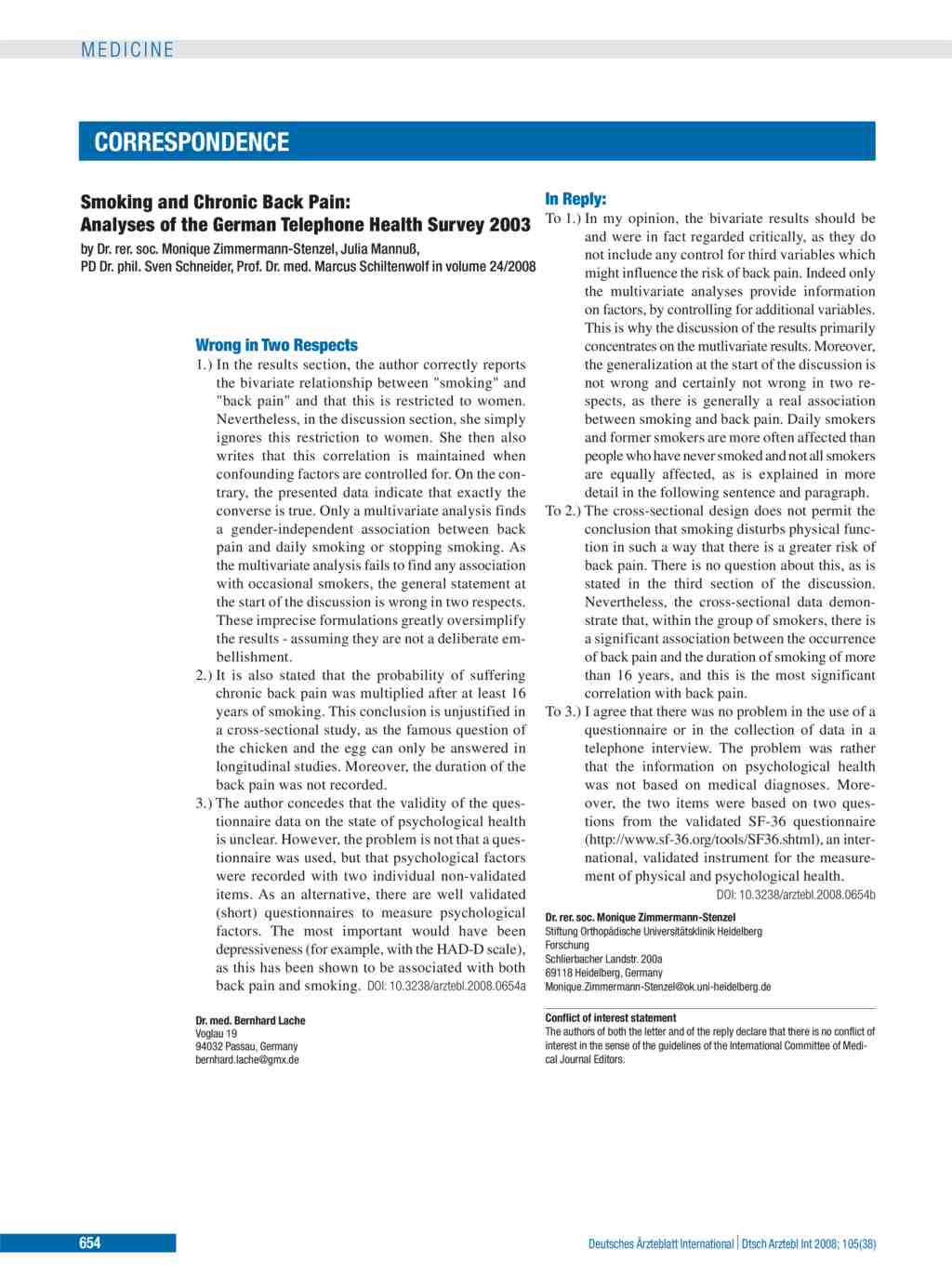