The UICC protocol for the R-classification of pancreatic carcinoma provides only an inadequate description of the actual residual tumor status, based on the evaluation of four cut edges of the tumor.

After systematic evaluation of the resection borders, the frequency of R1 resection rose from 15-30% to clearly more than 50% (2).

If lymph node resection only incorporates the local lymph nodes, but not the extracorporal neural plexus, many patients retain residual tumor distant from the resection borders, in spite of the R0 resection according to the UICC protocol. This is the reason that only 10% of patients survive 5 years after R0 resection (observed survival).

The ESPAC-I study from the "European Study Group of Pancreatic Cancer" has shown for the first time that adjuvant chemotherapy provides a survival benefit in comparison with resection. This study has a large number of cases and a high level of evidence. The 5-FU bolus protocol of the ESPAC study was explicitly not addressed and not raised to the level of the standard treatment. Gemcitabine is currently the first line chemotherapy for advanced pancreatic carcinoma. On the other hand, the median survival advantage after gemcitabine monotherapy is unsatisfyingly low at 5 to 6 months and the partial response rate has the very low value of between 5.4% and 14.3% (3). 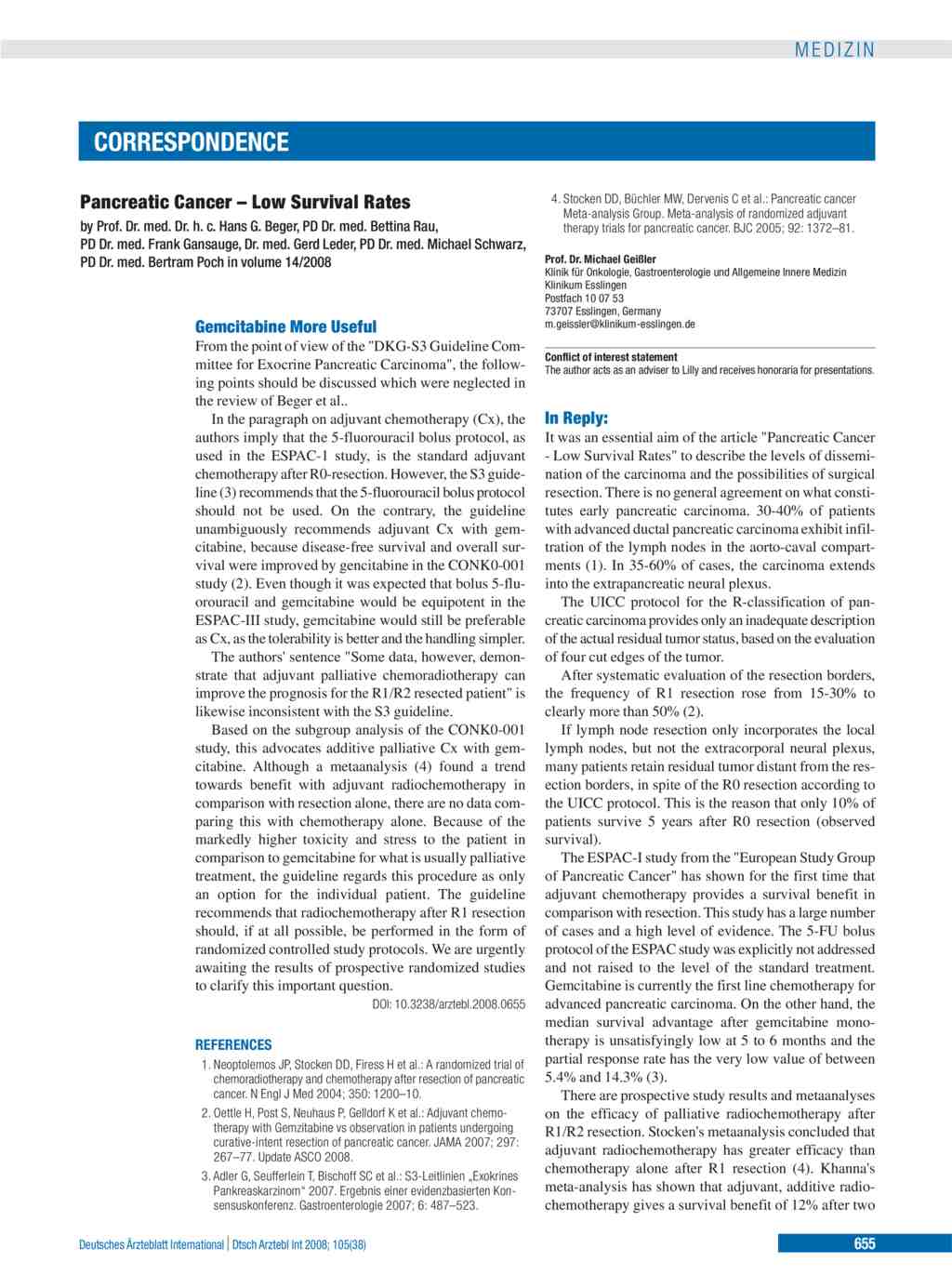