DÄ internationalArchive43/2008Diagnosis and Treatment of Vertigo and Dizziness: Endolymphatic Hydrops

Diagnosis and Treatment of Vertigo and Dizziness: Endolymphatic Hydrops

We thank neurologists Strupp and Brandt for their review article on the diagnosis and treatment of vertigo and dizziness.

Psychogenic vertigo and dizziness cannot be adequately described by categorizing them as "phobic swaying vertigo." Along with Eckhardt-Henn et al. (1), we rather think that most cases can be diagnosed as anxiety, depression, and somatization disorder.

We also take a more nuanced view of the incidence and treatment of Menière's disease:

The diagnosis of Menière's disease certainly requires more than merely noting down a patient's report of the symptom triad of dizziness, hearing loss, and tinnitus. Without a suitably thorough clinical examination, no precise data on the incidence and prevalence of Menière's disease can be obtained; nor, for that matter, can the physician deliver any well-founded prognosis for the development of bilateral Menière's disease.

We are quite surprised, too, by the recommendation of long-term treatment with betahistine, in the light of our many years of clinical experience. This recommendation, it seems to us, stands on shaky legs.

Nor is there any pathophysiological explanation why betahistine influences, or might be supposed to influence, the course of Menière's disease, except for the fact that this disease, once it has been present for many years, usually becomes less severe over time as part of its natural course. Our current pathophysiological understanding of Menière's disease is that it is due to endolymphatic hydrops, which cannot be influenced by an antihistamine. DOI: 10.3238/arztebl.2008.747b 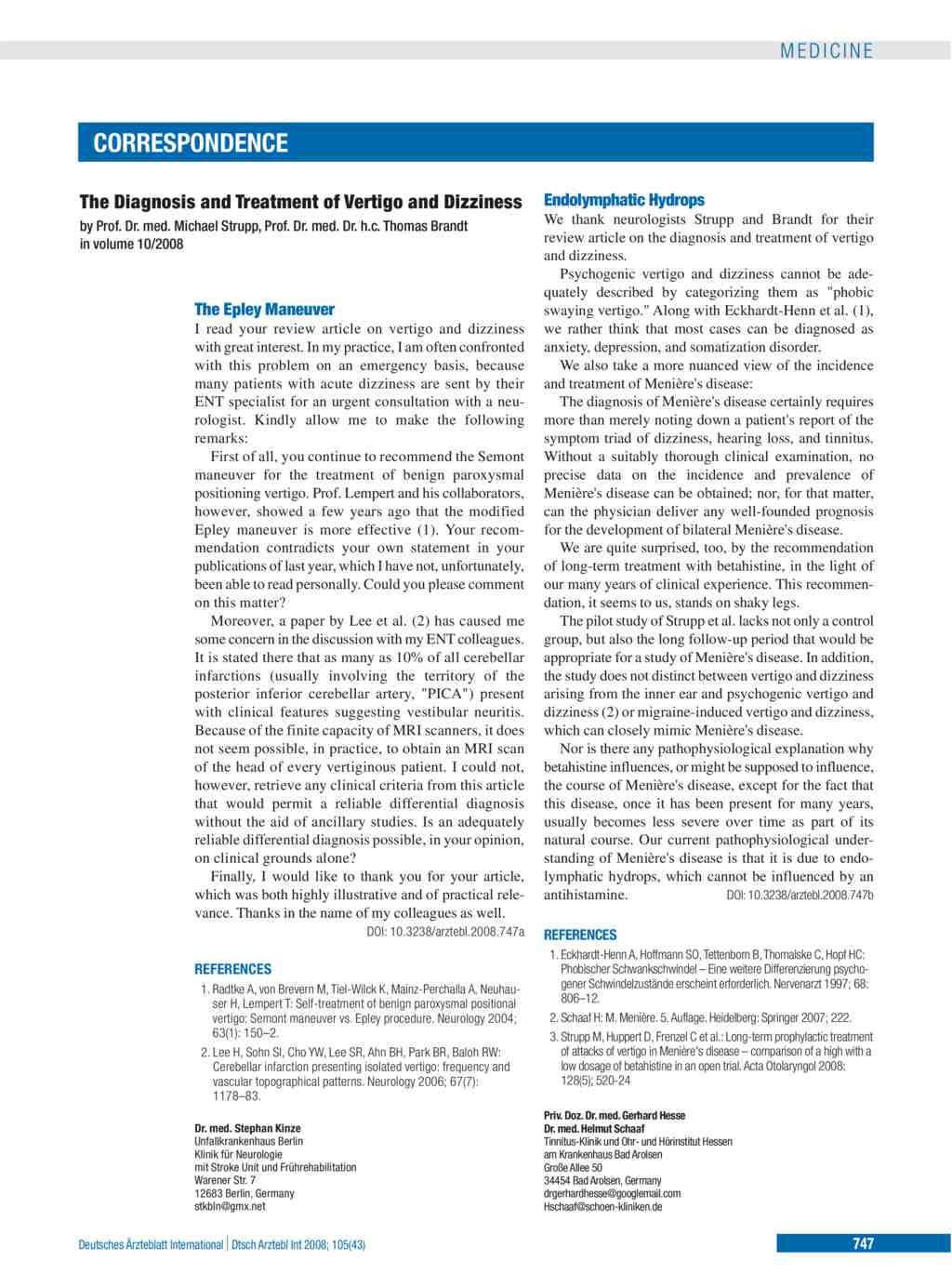