DÄ internationalArchive43/2008Regional Differences in the Prevalence of the Metabolic Syndrome in Primary Care - Practices in Germany: In Reply

Regional Differences in the Prevalence of the Metabolic Syndrome in Primary Care - Practices in Germany: In Reply

Professor Koch's comments on experience in other countries can help to put our results in context. Nevertheless, the situation in the USA differs from that in Germany in one essential respect. According to the Federal Office of Statistics (2004), about 88% of German citizens are insured with the legal health insurance funds (GKV) and only about 0.2% state that they have no insurance cover. For this reason, regional differences in the diagnosis and therapy of cardiovascular risk factors cannot be explained by differences in access to insurance or in insurance services - as is the case in many areas in the USA. In contrast, the GKV system ensures that socioeconomic differences cannot have such a demonstrable effect on individual health in any part of Germany as in the USA. The example of obesity shows that regional differences are much more marked in the USA than in Germany. GEMCAS found that the relative prevalence of obesity reached the maximal value of 1.4 for the comparison between Saxony-Anhalt and Bremen. In contrast, this ratio is above 2.0 for the comparison of Mississippi with, for example, Colorado (1). Moreover, genetic heterogeneity is very much greater in the USA than in Germany. It is absolutely certain that the causes for these differences are multifactorial, so that they cannot be simply transferred to other countries. It is certainly interesting to consider the changes in the state of health of East Germans who migrate to West Germany, and conversely. However, this cannot be answered with the GEMCAS data. The health differences between East and West Germany and changes over time have been studied by several authors, including Mielck et al. (2) and Nolte and McKee (3). DOI: 10.3238/arztebl.2008.749b 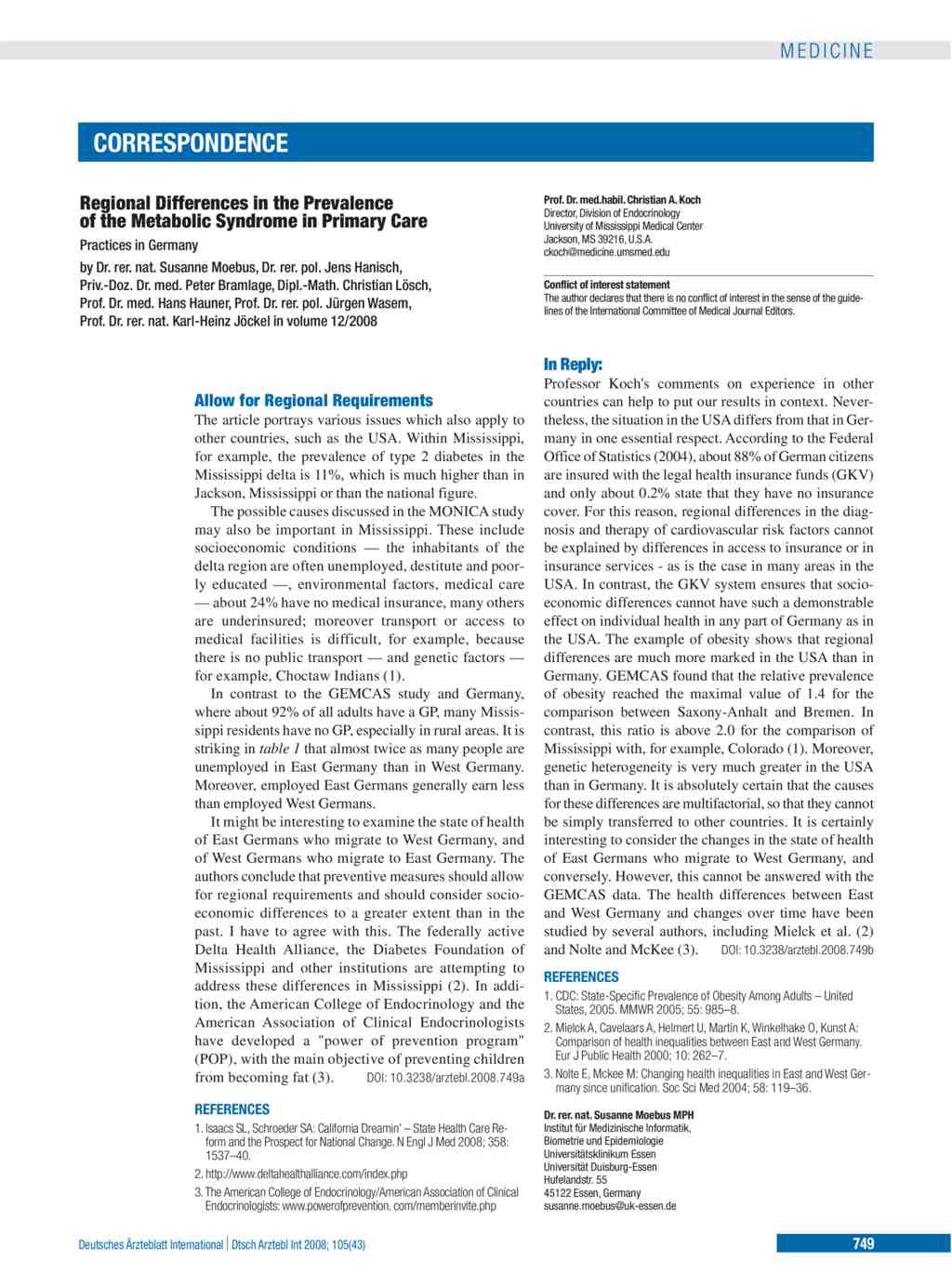