DÄ internationalArchive49/2008The Importance of Genetic Testing in the Clinical Management of Patients With Marfan Syndrome and Related Disorders: Hypermobility Syndrome

The Importance of Genetic Testing in the Clinical Management of Patients With Marfan Syndrome and Related Disorders: Hypermobility Syndrome

The authors' explanation of Marfan-related syndromes for genetic diagnosis is based on Marfan syndrome itself. In everyday clinical management, however, another explanation is provided, owing the most common and progressively irritating complaint: the hypermobility syndrome (HMS), which in the English language literature actually represents a disease entity, an important, autosomal dominant collagen disorder (Grahame), which is hardly known in Germany. Greater experience (1) has shown that articular laxity (Gscherend) is the cardinal symptoms of this important Marfan-related disorder and the spectrum of symptoms that vastly exceeds it, which we refer to as collagenopathies (owing to disrupted biosynthesis) (2). In a large family study (1) we showed the abnormal collagen type texture in premature (primary) gonarthrosis, which can be treated by preventive surgery in its early stage (Stofft). Further we categorized 120 HMS patients as being affected by a mainly familial collagenopathy spectrum; we added to this the connective tissue, generalized form (2), and we added the Paganini syndrome as a new criterion of obligatory hypermobility.

The relatedness to Marfan syndrome and Ehlers-Danlos syndrome remains mainly symptomatic—there is no unequivocal diagnostic overlap with the entities of the collagenopathy spectrum. This is often ignored in Germany, although the prevalence is >3%—primarily in female patients. Familial hypermobility is an epidemic that is still practically unknown in Germany, and which vastly exceeds the Marfan syndrome in terms of its economic relevance. DOI: 10.3238/arztebl.2008.0862a 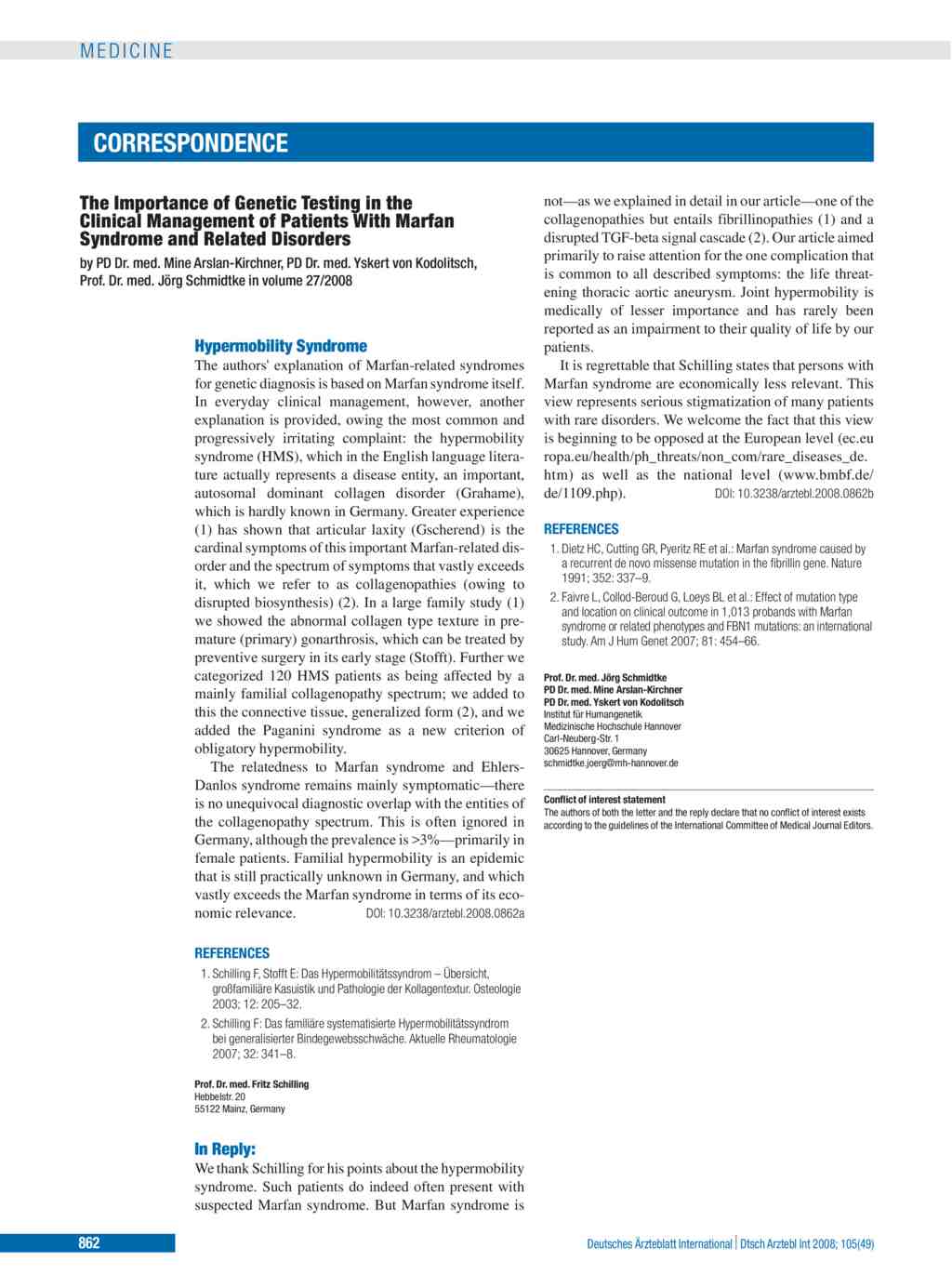