The authors—all diagnostic radiology experts—rightly emphasize the importance of interdisciplinary interventional approaches as the fourth pillar of tumor therapy. These are effective and often incur lesser complications than the traditional methods.

Unfortunately, the authors do not seem to have a clear idea of the range of indications in addition to the hepatic tumors that are their main specialism. The importance and potential of interstitial brachytherapy is not described to a sufficient degree, or even inappropriately as "experimental in all organ regions." However, interstitial brachytherapy is an established therapy for cancers of the head and neck region, the prostate, the female breast and promising in other indications, including even liver tumors. It is often curative and its use has been confirmed in many clinical studies.

Brachytherapy for prostate cancer can be administered as a permanent implant of iodine-125 seeds or as a temporary implant of iridium-92 and can also be combined with external radiation. The overall oncological results are better than those of radical surgery. Incontinence only occurs in exceptional cases. In the US, brachytherapy for prostate cancer has already displaced surgery from its first place in the list of therapeutic options.

In tumors of the root of the tongue, the palate, and the lips, complete tumor remission has often been achieved by using interstitial brachytherapy.

For female breast cancer, the interstitial boost to achieve concentrated radiation of the region of the primary tumor has been established for decades. Current studies indicate that in selected patients, brachytherapy without external irradiation of the entire breast may be promising.

Thus, brachytherapy is thus not only one of the longest established, minimally invasive therapies but also one of the most effective ones.

Interventional radiation oncologists in collaboration with the respective clinical specialists have therefore have a long tradition in offering brachytherapy to their patients. DOI: 10.3238/arztebl.2008.0882


The authors of the article have chosen not to publish a reply.
Techniques of Interventional Tumor Therapy: Brachytherapy is... 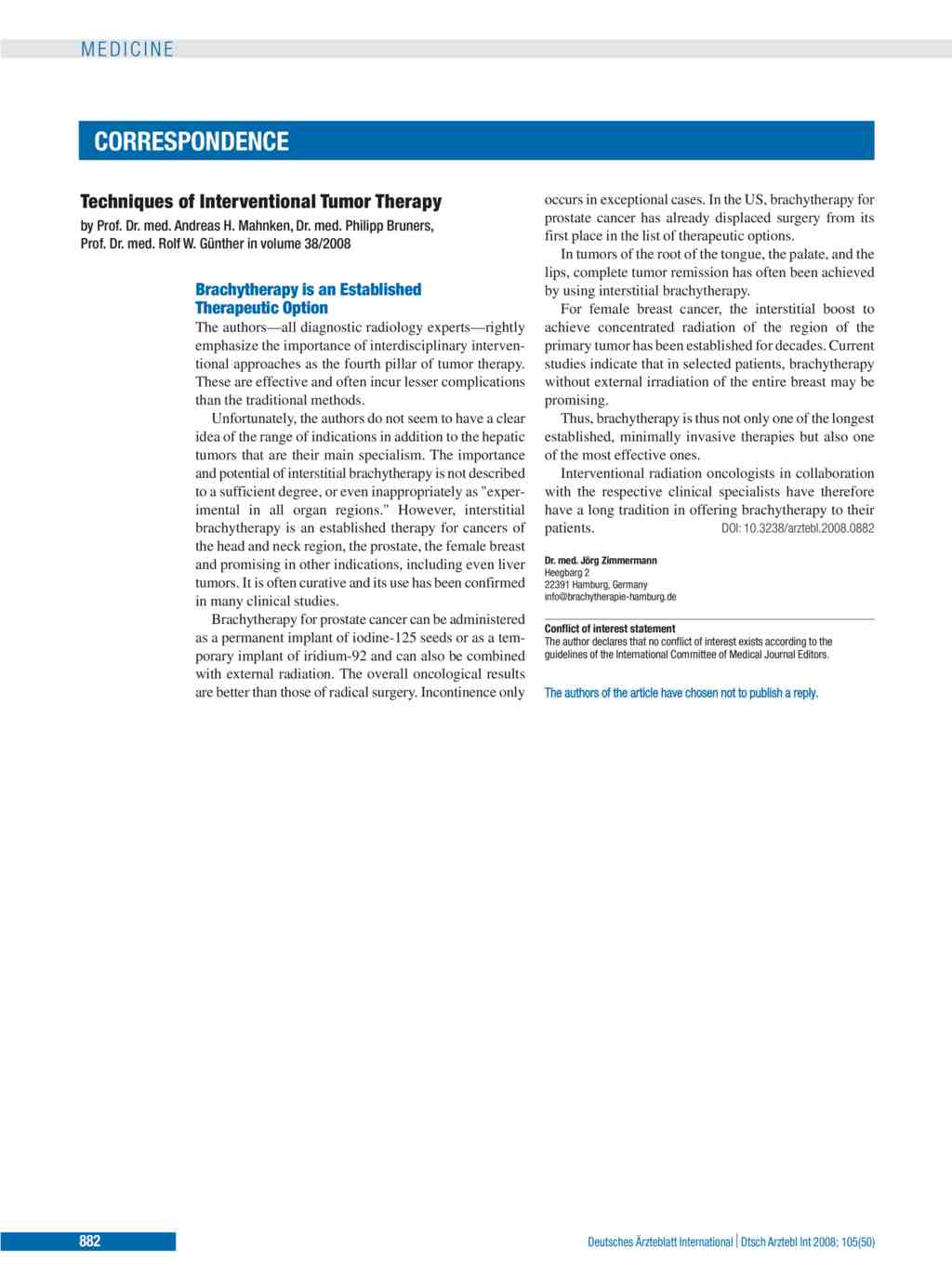