Utilization and Implementation of Sports Medical Screening Examinations – Survey of More Than 10 000 Long-Distance Runners: In reply

All screening investigations that our healthcare system offers have to be regarded as a compromise of cost and benefit, on the basis of sufficient evidence. We thank Piper for his additional remarks on diagnostic tests in sports medical screening examinations and the ensuing discussion. Which parts of the examination should be obligatory is the subject of controversial discussions internationally.In the US, routine examinations include merely a medical history and clinical examination; even the resting ECG is controversial. In Europe, qualified ECG diagnostics are the required standard. For further recommendations, especially exercise ergometric tests or cardiac echocardiography, evidence based data are currently lacking. The diagnostic tests recommended by Piper are routinely conducted only in top competitive athletes. This indicates the fundamental problem in screening examinations—namely, who covers the cost? Sports medical screening examinations are not included in the range of services covered by statutory or private health insurers, and patients thus have to pay for themselves (IGeL).

The current study shows that especially older leisure time and weekend athletes, as well as those embarking on a sports regime for the first time or re-entering their exercise regime, are at increased risk. Considering the widespread overweight and lack of exercise among Germany's population and the costs incurred as a result of these, we do not understand that such screening examinations are not covered. The authors are of the opinion that it is incumbent on insurers and politicians to act now, so as to give prevention campaigns—often promoted to great effect in the media—a foundation that is sports medically and ethically safe. DOI: 10.3238/arztebl.2008.0900b 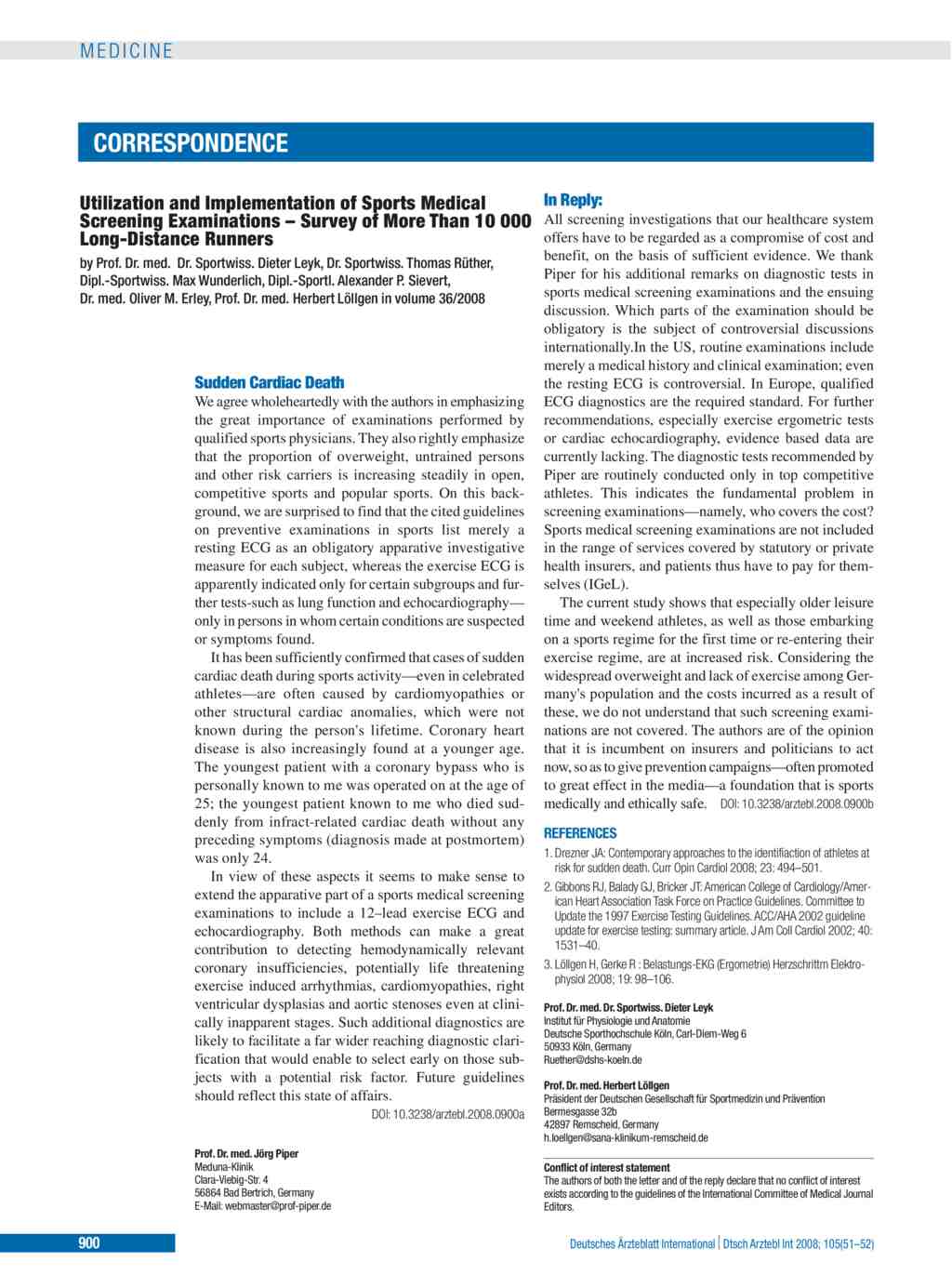