DÄ internationalArchive4/2009Pain Therapy in Children and Adolescents: Advise Against Metamizole

Pain Therapy in Children and Adolescents: Advise Against Metamizole

The authors suggest that metamizole is indicated especially in abdominal pain and pain of a colicky nature, because of its spasmolytic effects.

Metamizole is licensed in several countries in Europe, Latin America, Africa, and Asia. In countries with good pharmacovigilance schemes—for example, Sweden—it was taken off the market after a short licensing period in 1999. In the United Kingdom and the United States, metamizole has never been licensed.

A study sponsored by the Hoechst company found a risk of agranulocytosis while taking metamizole of 1.1 per 1 million users per week (1). More recent Swedish data contradict these data (2). Between 1969 and 1974—the year the drug was first taken off the market—50 patients with serious adverse effects of metamizole on blood count had been registered in Sweden. In the following 15 years without a license, 2 patients with agranulocytosis were seen. Both had purchased metamizole abroad.

From 1995—the first year in which metamizole was re-licensed—to 1999, 14 cases of agranulocytosis were documented; the mortality was 23%. From these data it was calculated that the frequency of serious adverse effects for the blood count while taking metamizole was 1 in 1439.

From a clinical and pharmacological perspective, use of metamizole should be strongly advised against.
DOI: 10.3238/arztebl.2009.0055c 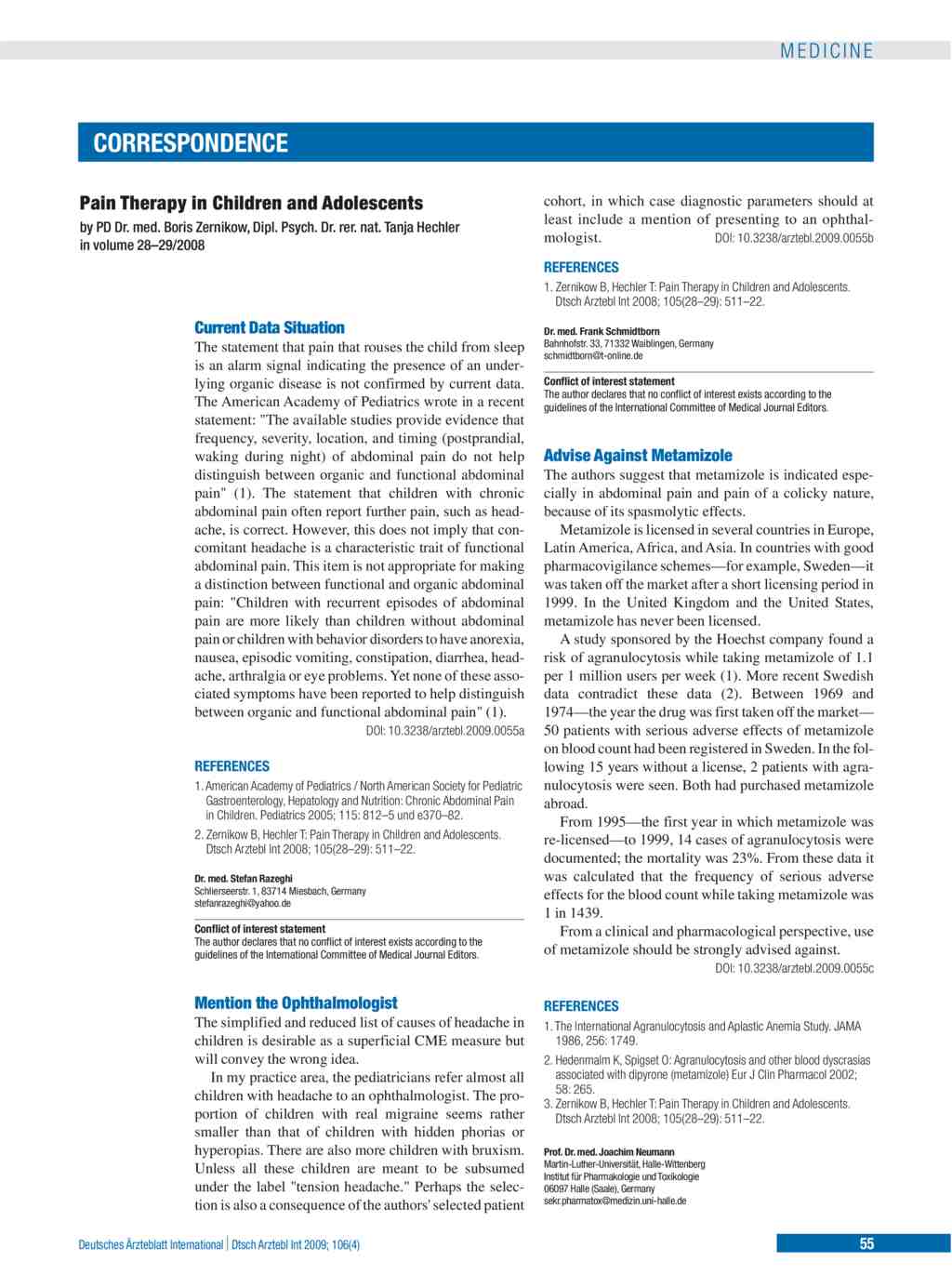