Pain Therapy in Children and Adolescents: In reply

The risk of agranulocytosis in childhood owing to treatment with metamizole seems negligible—to date only one such case has been reported. We wish to mention the most important data on nonchemotherapy associated agranylocytosis in adults from the recent review by Andersohn et al (1):

- Over a time span of 40 years (1966–2006), only 980 cases were identified
- 56 cases were definitely and 436 probably associated with the administration of one of the 125 identified medications
- For 11 medications, more than 10 case reports existed: these included penicillin G and metamizole, with 11 cases each classified as certainly or probably associated with agranulocytosis
- Mortality due to agranulocytosis was less than 5% when modern therapeutic options were available.

For adults, Neumann's statement that the use of metamizole should be strongly advised against is not supported by science and is even potentially harmful if the gastrointestinal side effects of therapy with non-steroidal anti-rheumatic or anti-inflammatory drugs (NSARs or NSAIDs) are taken into account:

Migraine can be distinguished phenomenologically from headache in the context of impaired eyesight. Still, for the child, impaired eyesight may be an additional stress factor and thus affect the frequency of headaches. It therefore certainly makes sense to actively investigate eye problems in children with headaches. The statements made by Razeghi are correct and do not contradict what we said our article.

We thank Hack and Mader and wish to use this opportunity to specify our dosage recommendations for intravenous paracetamol. 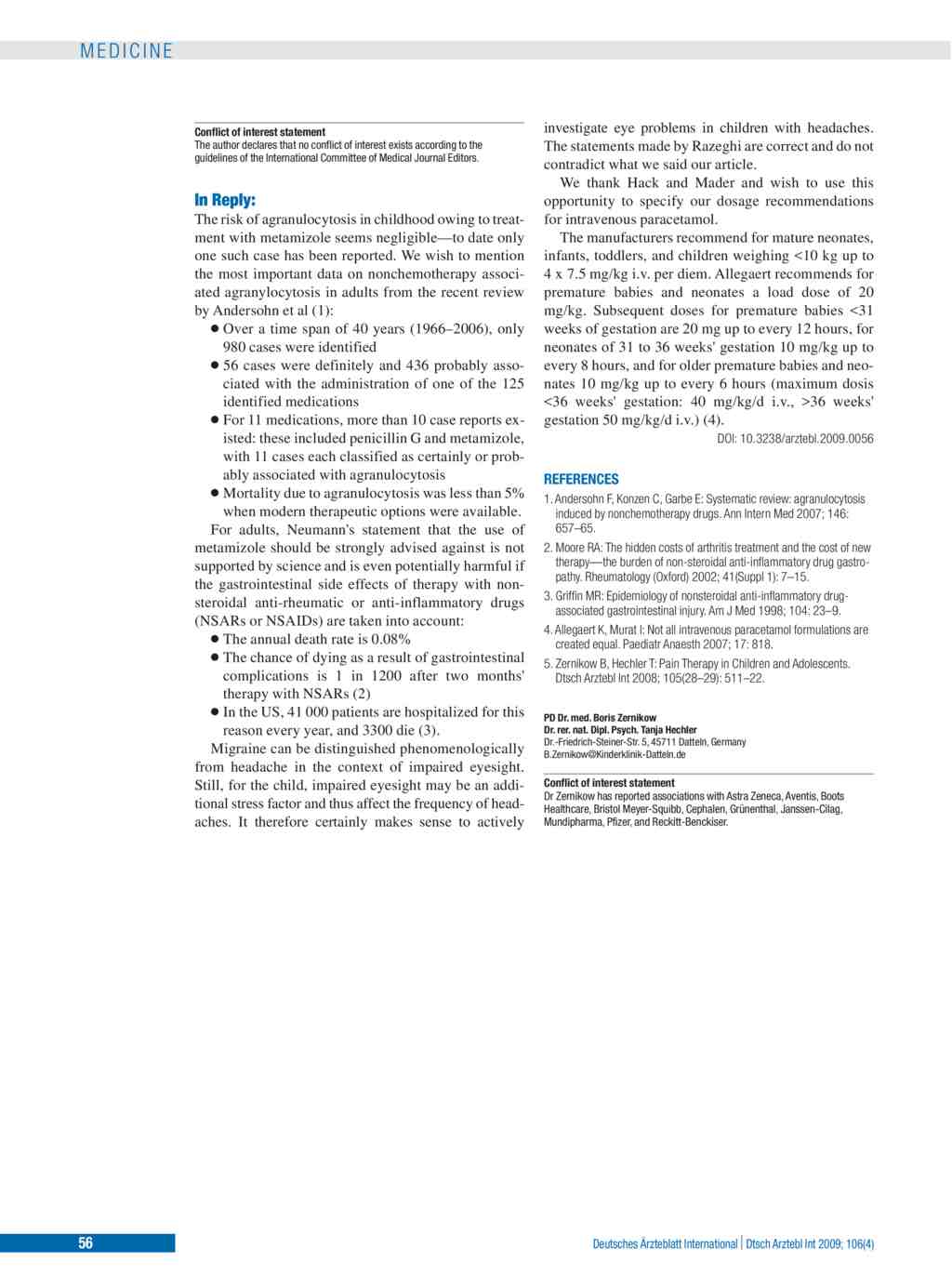