The authors' recommendation of administering uterotonic drugs (box 1) should carry a warning that all commonly used substances have cardiovascular side effects that may have fatal consequences if they coincide with hypovolemia. This is important because nowadays pregnant women are usually of an older age. Close cooperation between obstetricians and anesthetists is key. At Münster University Hospital, for example, an agreement was reached for how to proceed in a scenario of severe postpartum hemorrhage; the choice and maximum dosage of uterotonic medication according to the latest scientific insights and maternal monitoring are closely regulated. Eearly embolization is recommended in hemorrhages that are refractory to treatment (1). 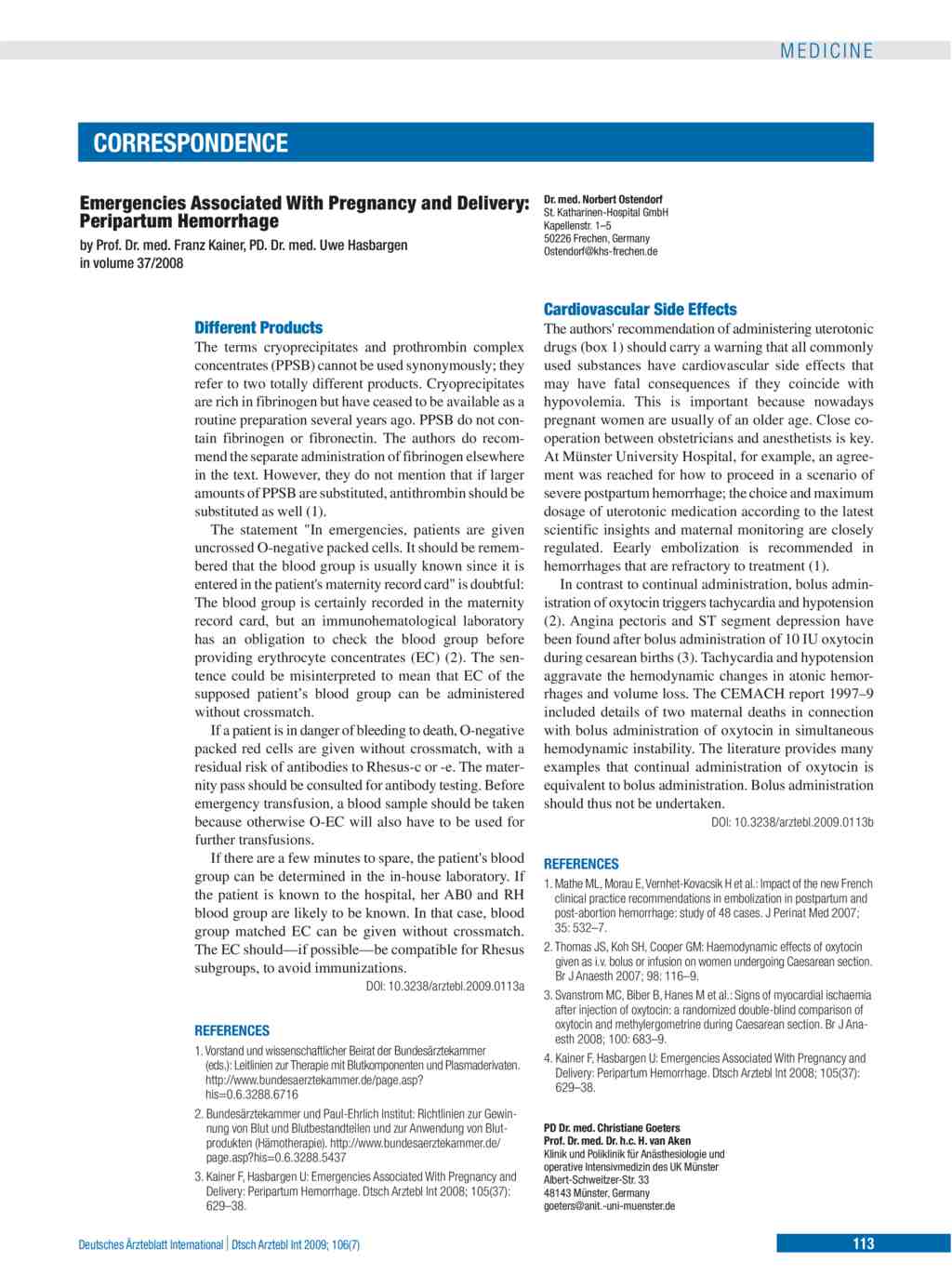