Postpartum cardiomyopathy was described as long as 50 years ago by W R Meadows (1), who referred to Hull (2). He concluded (in 1957) by saying: "The syndrome of idiopathic myocardial failure occurring in the last trimester of pregnancy or the puerperium is characterized by symptoms of congestive failure, which, early, is predominantly left sided, chest and abdominal pain, embolic phenomenon in 25 to 40 per cent, acute hypertension, gallop rhythm, generalized dilatation of the heart, and T-wave inversion. Pathologic findings, which resemble similar cases unrelated to pregnancy, consist of a soft, flabby, dilated myocardium, ventricular mural thrombi, endocardial thickening of variable extent, and focal and diffuse areas of myocardial necrosis especially in the subendocardial portion of the ventricular wall. Approximately two thirds of the cases make complete clinical recoveries, but the syndrome tends to recur with subsequent pregnancies" (2).

In my opinion, the cause of pregnancy specific cardiomyopathy is not defined by weakened immunity/autoimmunization, viral infections, vitamin deficiencies, skin color, or other speculative hypotheses; it is not multifactorial. Consistent indicators mentioned in the literature are clinical and cardiohistological embolic findings.

To my mind, the inevitable conclusion is that chorionic villi that have grown into the uterine wall—placenta accreta or increta—are the cause of PPCM, which are organized, resorbed, and mobilized in myriad ways into all organs. Functionally this is obvious in the brain (visual impairments, eclampsia/pre-eclampsia) and through sudden cardiac failure.

A placenta accrete cannot be removed completely by curettage. In a scenario of cesarean section this automatically means that a hysterectomy has to be performed. And if the postpartum course is life threatening, this means extirpation of the uterus to save the mother's life—rather than the measure of last resort, the cardiac transplantation. DOI: 10.3238/arztebl.2009.0191a 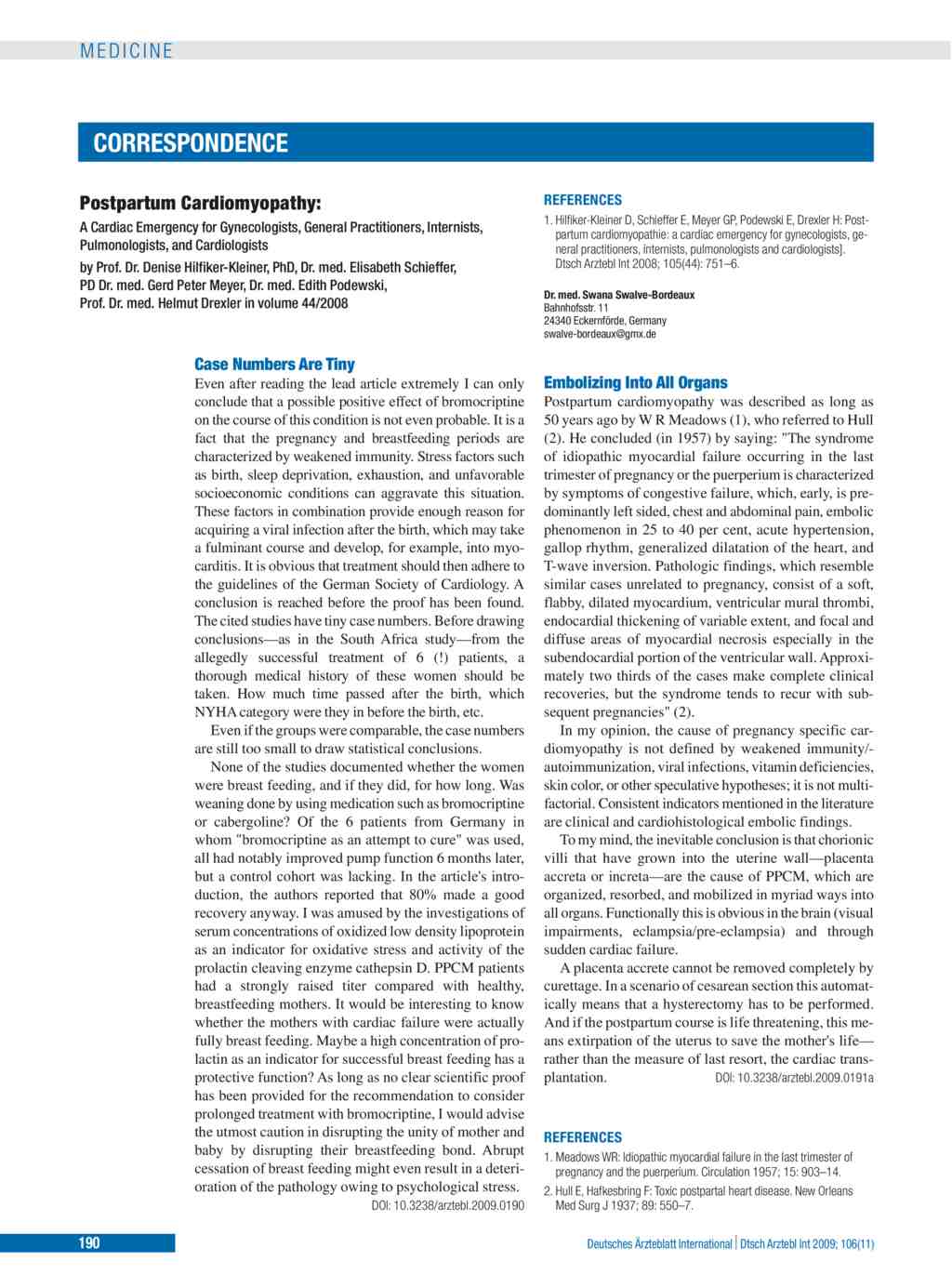