Fulminant Unilateral Pulmonary Edema After Insertion of a Chest Tube – a Complication After a Primary Spontaneous Pneumothorax: Undiagnosed Takotsubo Cardiomyopathy?

It is remarkable and difficult to explain in terms of pathophysiology that in an otherwise healthy, young individual with unilateral pulmonary impairment, pulmonary edema required intubation and administration of catecholamines. Increasingly often, even in pneumology patients (1), instances have been reported of transient, stress associated cardiomyopathy with complete reversibility (takotsubo cardiomyopathy). The descriptons of both pathologies have shown parallels: the rapid manifestation after an event/intervention, the short duration of the impairment, and the generally good prognosis. The clientele that is affected differs; takotsubo has been described more often for women beyond their reproductive years. In the radiographs of the acute episode that were reproduced with the article, the transverse cardiac diameter appears widened on the account of the left ventricle; however, it has to be borne in mind that the images were taken with the patient in a supine position. Were you perhaps able to undertake echocardiography in the acute situation?

The unilateral development of pulmonary edema during the crisis could actually be explained with a reduction of the surfactant in the affected lung, even if the complaint did have a cardiac cause.

Perhaps the differential diagnosis of takotsubo cardiomyopathy might be followed in the scenario of a re-expansion edema, and an echocardiogram could be included in the diagnostic work-up for this complication.
DOI: 10.3238/arztebl.2009.0223a 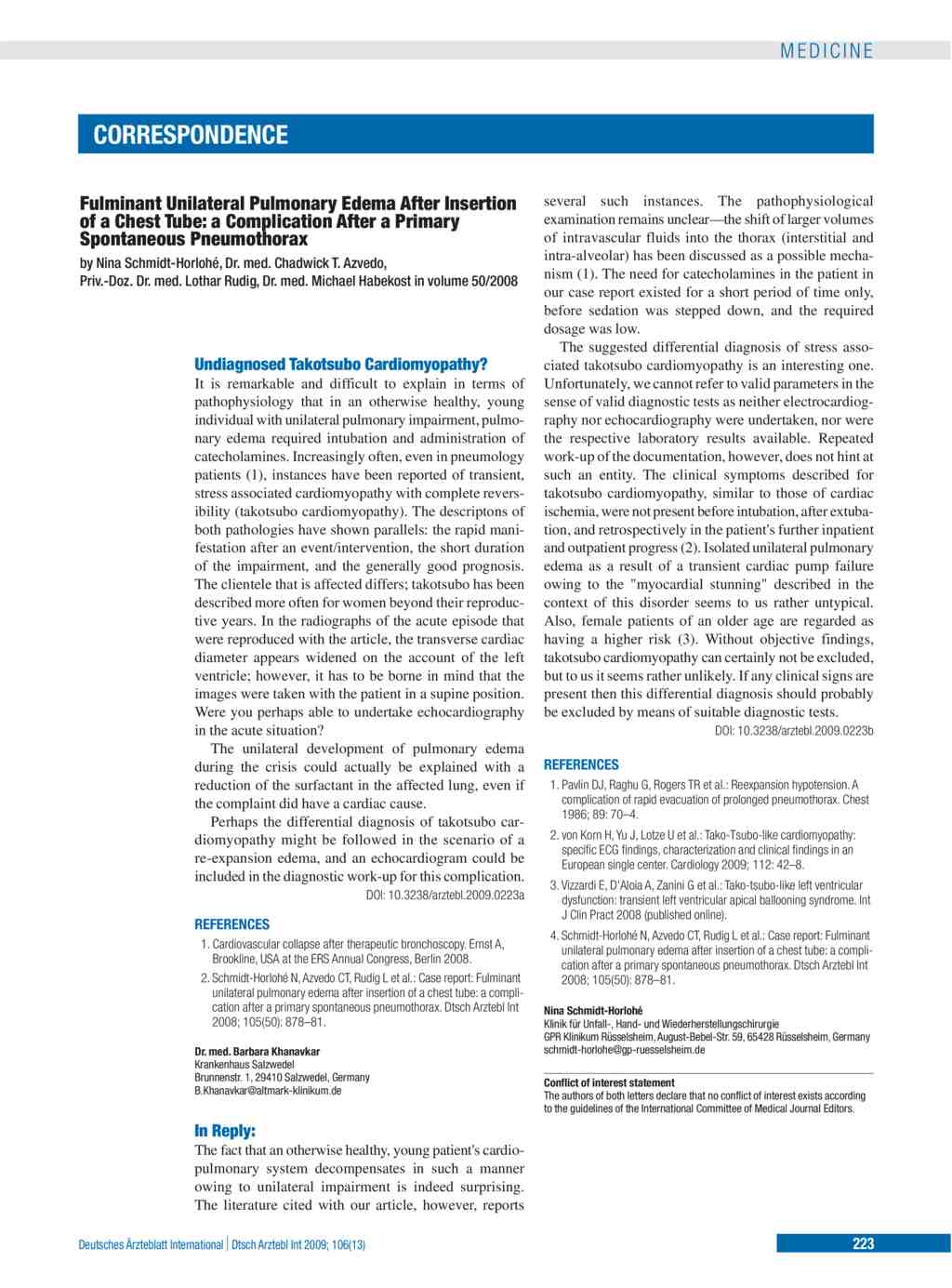