The authors say that even persons with vitamin B12 concentrations in the reference range may show signs of vitamin B12 deficiency. They recommend measuring biomarkers (serum holotranscobalamin, plasma methyl malonic acid, and plasma homocystein). Measuring MMA in spontaneous urine provides a reliable, simple, and cost effective alternative (1, 2). This can be done by using gas chromatography with subsequent mass spectrometry (GC-MS). In the medical fee schedule, number 3783, "organic acids profile" is rated at 570 points (= ca. 33.22 euros). Measuring MMA in urine as a "screening method" would shorten and simplify the flow chart suggested by the authors to diagnose vitamin B12 deficiency (figure 2).

The authors' listed risk group for deficiency includes pregnant and breast feeding women. However, it is important to also include infants, in whom prenatal and postnatal vitamin B12 deficiency can cause severe and partly irreversible neurological damage. We recently reported the case of 4 infants, in 2 of whom vitamin B12 deficiency was caused by the mother's unidentified pernicious anemia and in the other 2 by the mother's vegan diet. None of the mothers had clinical symptoms; severe developmental disorders in the babies, however, triggered diagnostic investigation, and raised excretion of MMA in the urine pointed the way. All babies showed neurological symptoms in later examinations (3). With regard to the severe pathology and the associated costs it is worth considering whether examination for vitamin B12 deficiency by measuring MMA in the urine by using GC-MS should be offered to all pregnant women.
DOI: 10.3238/arztebl.2009.0291 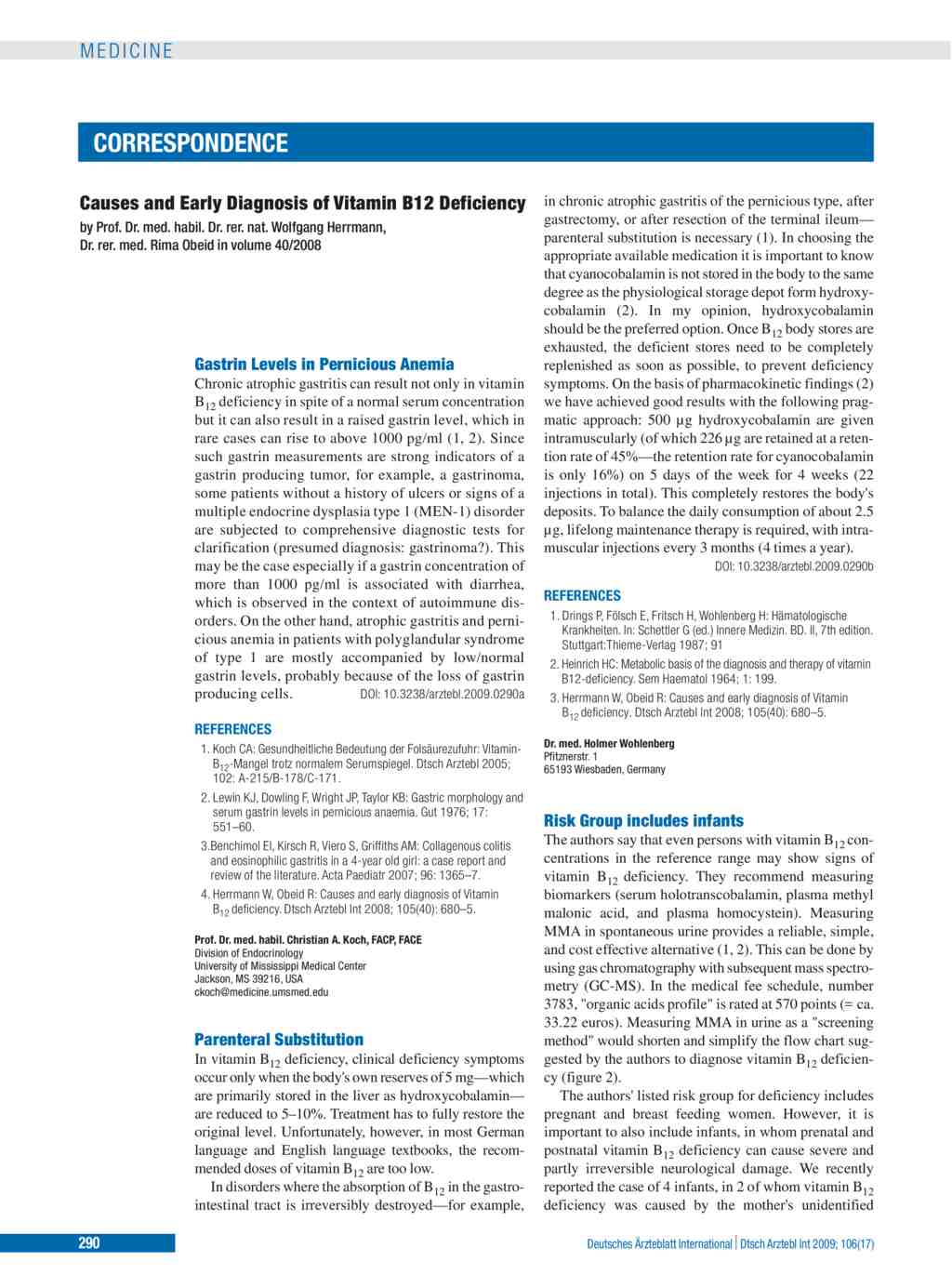