DÄ internationalArchive17/2009Metastases in the Absence of a Primary Tumor – Advances in the Diagnosis and Treatment of CUP Syndrome: Cervical Lymph Node Metastases of Unknown Primaries

Metastases in the Absence of a Primary Tumor – Advances in the Diagnosis and Treatment of CUP Syndrome: Cervical Lymph Node Metastases of Unknown Primaries

The statements made in the review article concerning treatment of metastases of unknown primaries are basically correct, especially the request to identify subgroups of patients that have a relatively good prognosis and chance of cure thanks to specific therapies. However, the authors do not give any more details about these subgroups, except for a table summary and a cursory remark about some treatment options. A more interdisciplinary constituted group of authors might have set this out better.

One example is the treatment of cervical lymph node metastases in the absence of a known primary tumor. The prognosis of these patients hardly differs from the prognosis that has been discussed in the above mentioned article by using a combination of surgery and radiotherapy. This equals the prognosis of known primary tumors in the epipharynx, oropharynx, and hypopharynx (laryngopharynx). We reported this as early as 1997 (1). In 64 patients with partly very extensive cervical lymph node metastases and an unidentified primary tumor, we found a tumor specific survival rate after 5 years of 51 6 7% and an overall survival of 38.8 6 7%. Survival of patients who did not develop distant metastases was 70 6 7%. Patients whose cervical lymph node metastases were macroscopically removed by means of lymphadenectomy and who received homogenous radiotherapy to the entire pharynx had the best 5 year survival rate, at 67%.

These data deserve mention in connection with the depressing results of other patient groups with unidentified primary tumors, in whom even a 1 year survival rate of 25-50% in a selected patient cohort counts as progress.
DOI: 10.3238/arztebl.2009.0293a 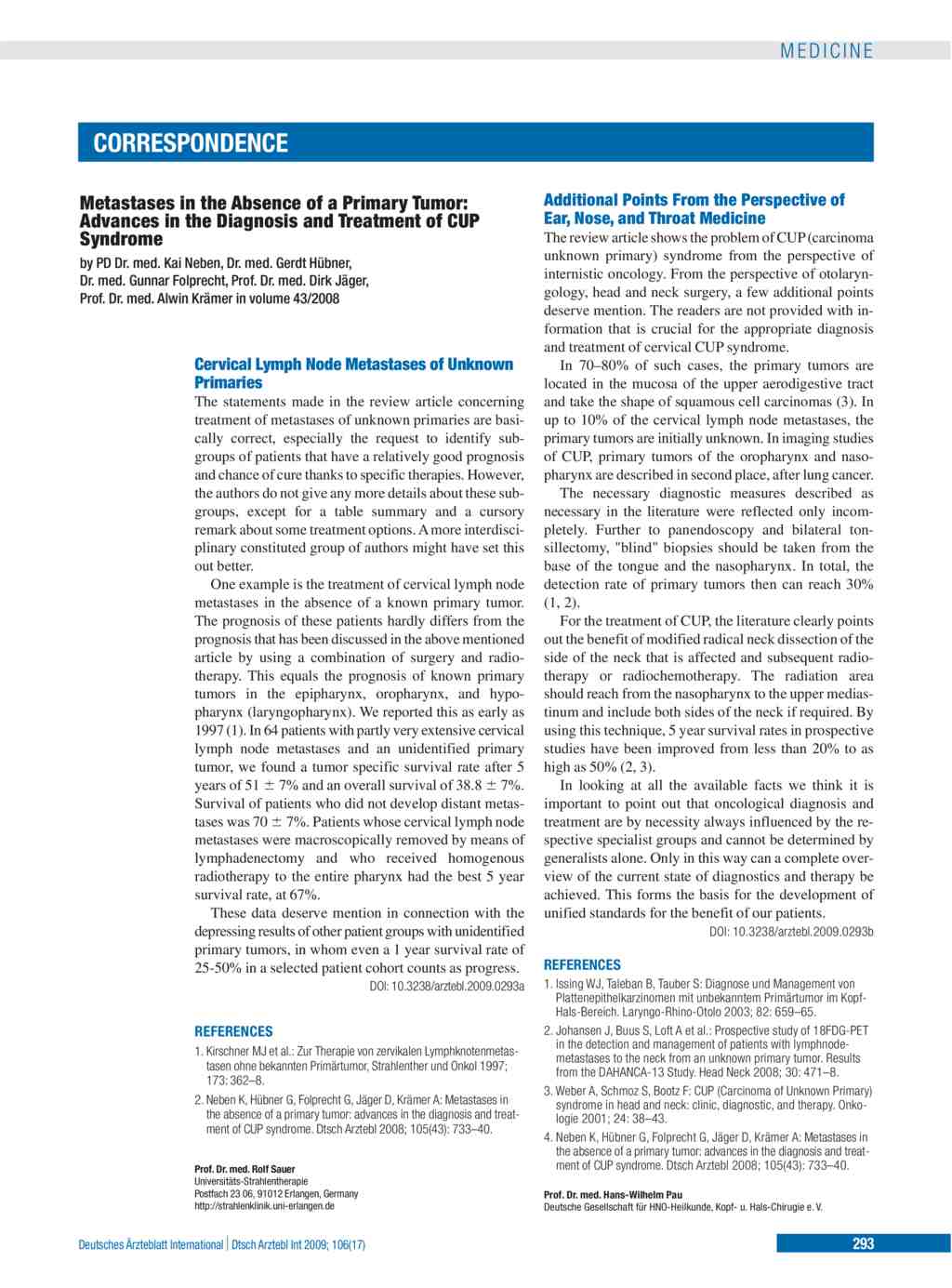