In our opinion, a diagnosis of transsexualism (in the sense of a lasting, profound transposition of gender identity) should be considered in adolescents

- only as the result of interdisciplinary collaboration between psychiatrists and specialists in sexual medicine (and should thus not be the responsibility of child and adolescent psychiatrists only), and is
- possible only after the patient’s preference with regard to sexual orientation has been analyzed (while his/her native hormone status remains unchanged—i.e. before he/she receives hormone therapy).

By its nature, the latter is not possible before the psychosexual development has been completed. If these conditions for a diagnosis are met then—and only then—we think that hormonal interventions may be justified in the individual case; however, the indication should not be tied in with the patient's age.

The recommendations of the US Endocrine Society, which are referenced in the letter, entail the risk of forgetting this important issue: that the main assessment criterion should not be the reduced view on the patient's Tanner stage and chronological age, but the degree of psychosexual maturity, and that large differences exist between individuals with regard to the timing of the relevant, completed psychosexual maturation process.

A phrase such as "practically force (the patients) to experience the irreversible physical changes" seems further proof that this debate is sometimes not being conducted in a matter of fact fashion, but in a highly emotional way. However, we thank the correspondent for the comment that interdisciplinary exchange is required and research urgently needed. With regard to the unsatisfactory data situation, all those active in treating patients in this difficult field cannot but acknowledge that there are currently no scientifically proven criteria that seem to justify early hormonal intervention.
DOI: 10.3238/arztebl.2009.0318b 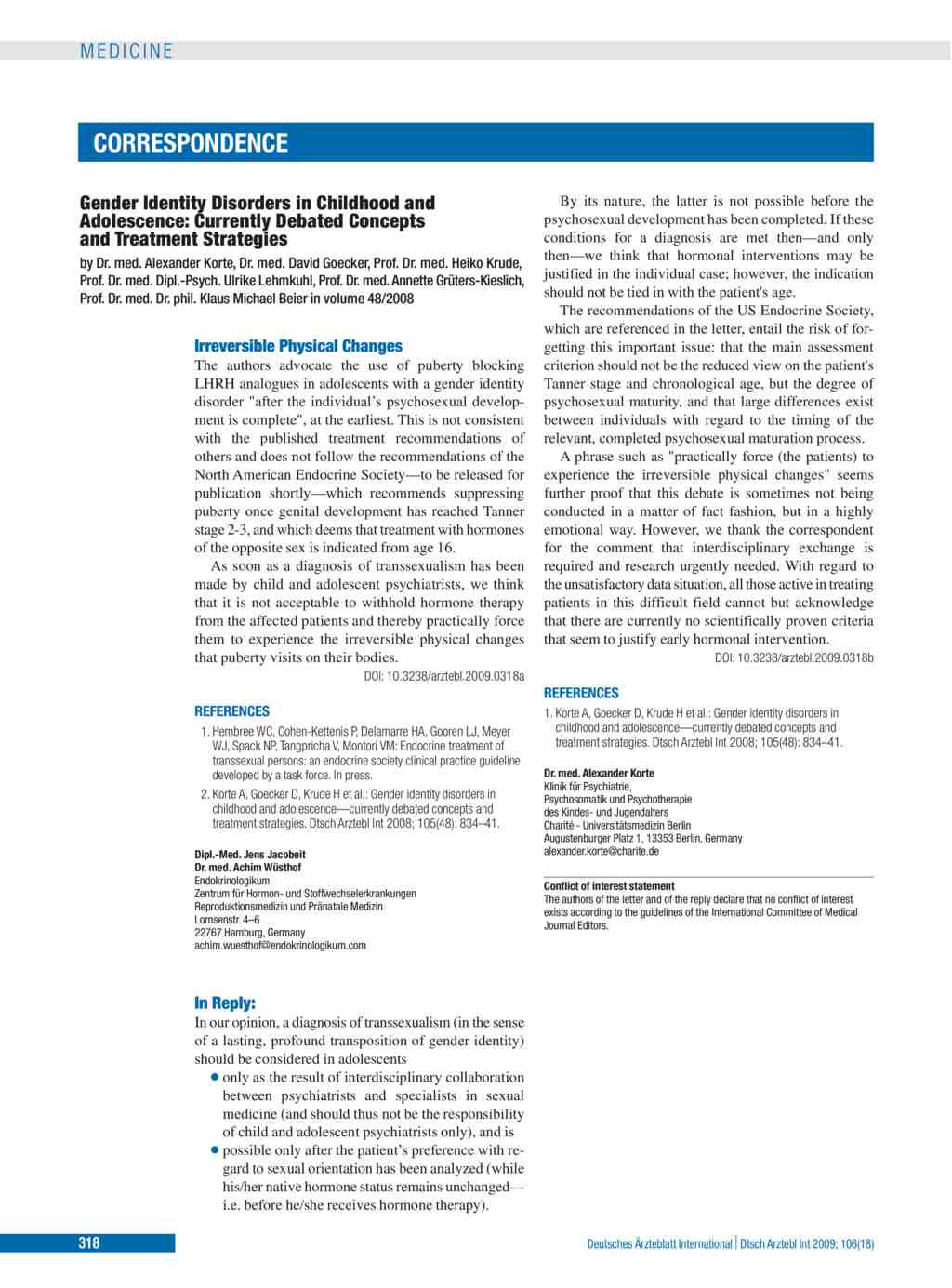