The article contains statements under the subheading "Phytotherapy (St John's wort)" that are unbalanced and partly misleading.

A current meta-analysis that would be deserving of this title would have been the Cochrane review 2008 (Issue 4, CD000448, "St John's wort for major depression"), rather than reference 5. The critique of therapeutic studies intentionally does not mention the fact that changeable results with regard to efficacy in this field of application are not merely characteristic of St John's wort preparations but of all antidepressants.

The current discussion about this phenomenon, which was overdue, is mainly based on the surprising therapeutic successes with St John's wort. We wish to mention the 2008 newsletter of the Drug Commission of the German Medical Association (1) and our article "Phytotherapie: Eine erhaltenswerte Alternative", which appeared in Deutsches Ärzteblatt (2).

The selective explanation of the potential for interaction, which occurs not only with St John's wort but with other foodstuffs and medications, including synthetic antidepressants, is also lacking in balance. More relevant for clinical practice would have been the remark that undesirable side effects of the medication in total are reduced by the order of 10 for St John's wort extract compared with all other antidepressants. To test teratogenicity as part of embryotoxicity, clear legal regulations apply: the original effective substance (here: total extract of St John's wort; extraction medium ethanol) has to be administered at high dosage to a minimum of 2 species for the duration of pregnancy.

The Federal Institute for Drugs and Medical Devices (BfArM) is in possession of all such findings with a commercially available extract of St John's wort; the specialist toxicological evaluation did not provide any indication of teratogenicity. The incorrect counter-statement has now been published in Deutsches Ärzteblatt, complete with CME points, and publicized to all doctors. DOI: 10.3238/arztebl.2009.0320a 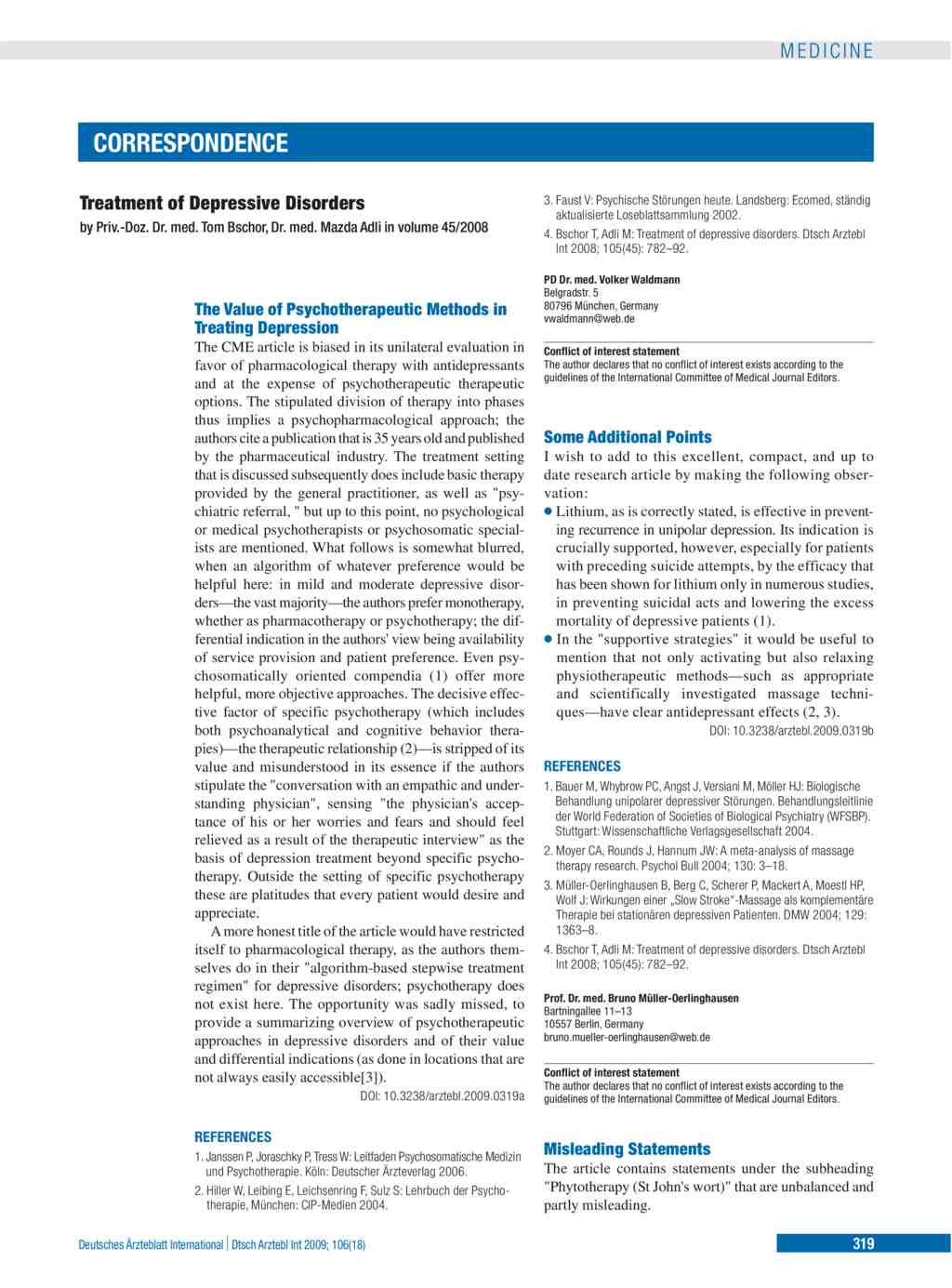