In their article, the authors cite two of my own publications (1, 2). They write: "Other studies and meta-analyses have involved patients with a mixture of diagnoses, so that it is difficult to draw any specific conclusions about the effectiveness of these types of treatment for depression ... ." This statement is not correct with regard to my own two articles. It is not the case that patients with different diagnoses were investigated in these studies, but uniquely patients with depressive disorders. I cited a series of randomized controlled studies that showed that psychoanalytic therapy was as efficacious as cognitive behavioral therapy. A meta-analysis also showed that psychoanalytically based therapy was as effective in depressive disorders as cognitive behavior therapy (2)

An older meta-analysis that the authors also cite does not even claim to be drawing conclusions about depressive disorders ([e6] in the article). A more recent meta-analysis that was published in JAMA in October 2008 found that long term psychodynamic therapy is more efficacious in complex disorders than shorter forms of psychotherapy (3). "Complex disorders" included patients with multiple psychiatric diagnoses, chronic psychological disorders, or personality disorders. A substantial proportion of patients in the real world does not have merely one psychiatric diagnosis but several (3). Long term psychodynamic therapy yielded large and stable therapeutic effects, especially in patients who had primarily complex depressive and anxiety disorders (3).

What is strange is that psychoanalytically based methods are always blamed for a lack of evidence. However, any evidence that is provided is firmly ignored.
DOI: 10.3238/arztebl.2009.0321a 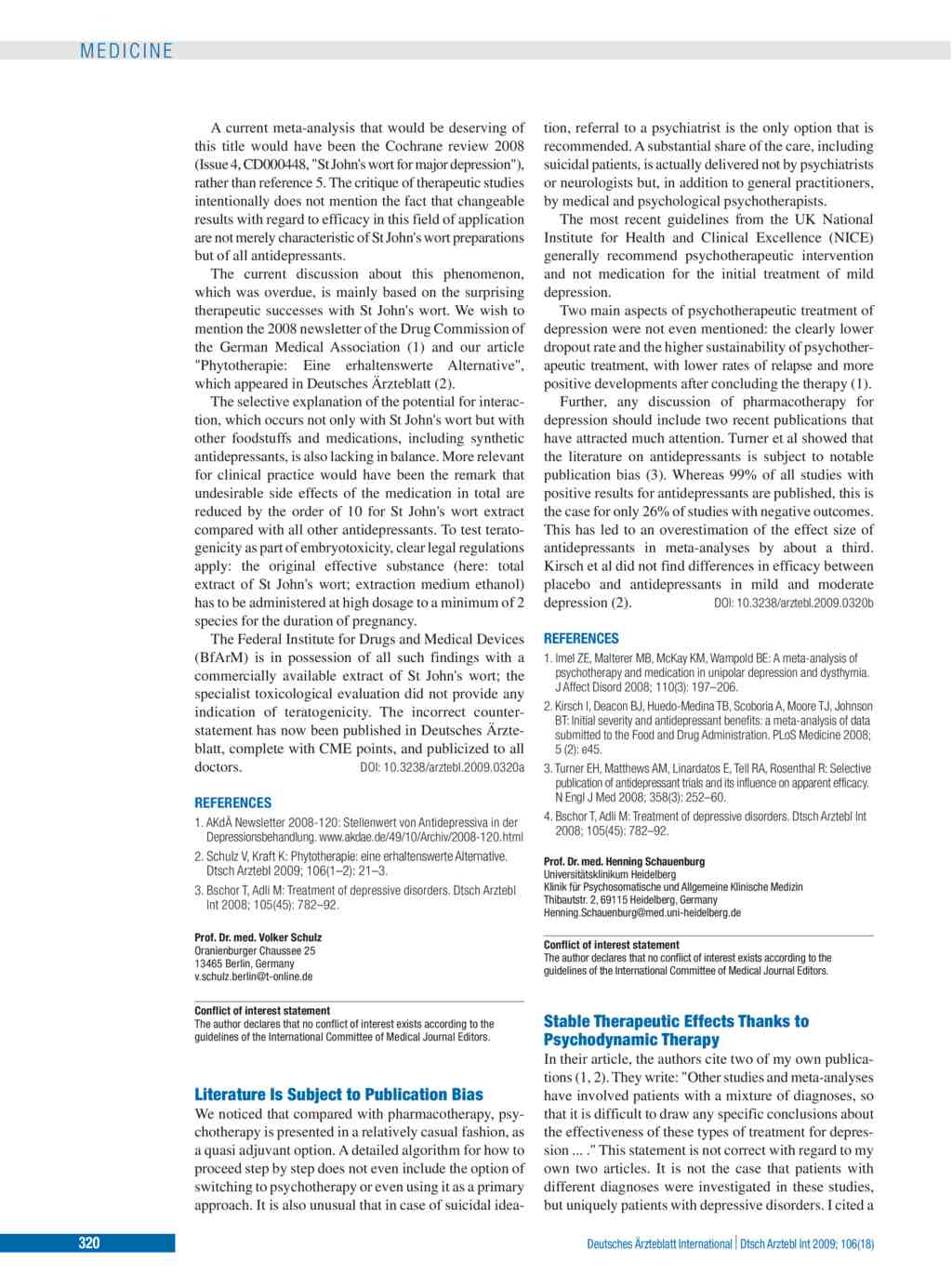