DÄ internationalArchive23/2009Childhood Leukemia in the Vicinity of Nuclear Power Plants in Germany: The Environment Is Radioactively Contaminated

Childhood Leukemia in the Vicinity of Nuclear Power Plants in Germany: The Environment Is Radioactively Contaminated

The long term study by Kaatsch et al showed a twofold increased risk (odds ratio 2.19) of leukemia in children up to 5 years of age living within a 5 km radius from a nuclear power station.

However, the researchers subsequently call their own results into question by doubting an association between leukemia and ionizing radiation, since the levels of ionizing radiation were no higher in the vicinity of nuclear power stations than the existing natural radioactivity. The authors ask whether the children younger than 5 years were actually really permanently based within the 5 km radius, at the address where they were registered.

Today's small children are obviously so flexible that their permanent abode is questionable because of their nurseries, which in rural areas are open from 8 am to 12 noon only, and because of their long holidays, which might exclude any effect from the nuclear power station!

The authors did not investigate the possibility of radioactive contamination of the environment by the nuclear power station. Nuclear power stations are large plants with contact to the soil via water; they have high chimneys, and many people go in and out all the time. There are multiple opportunities for radioactive contamination of the ground water, the air, and the people who work there.

The possible cause of the increased number of cases of leukemia may not be ionizing radiation only, but also the environment of the power station. Through water and precipitation, radioactivity reaches the food chain—even small traces are sufficient to trigger leukemia in a toddler. DOI: 10.3238/arztebl.2009.0392a 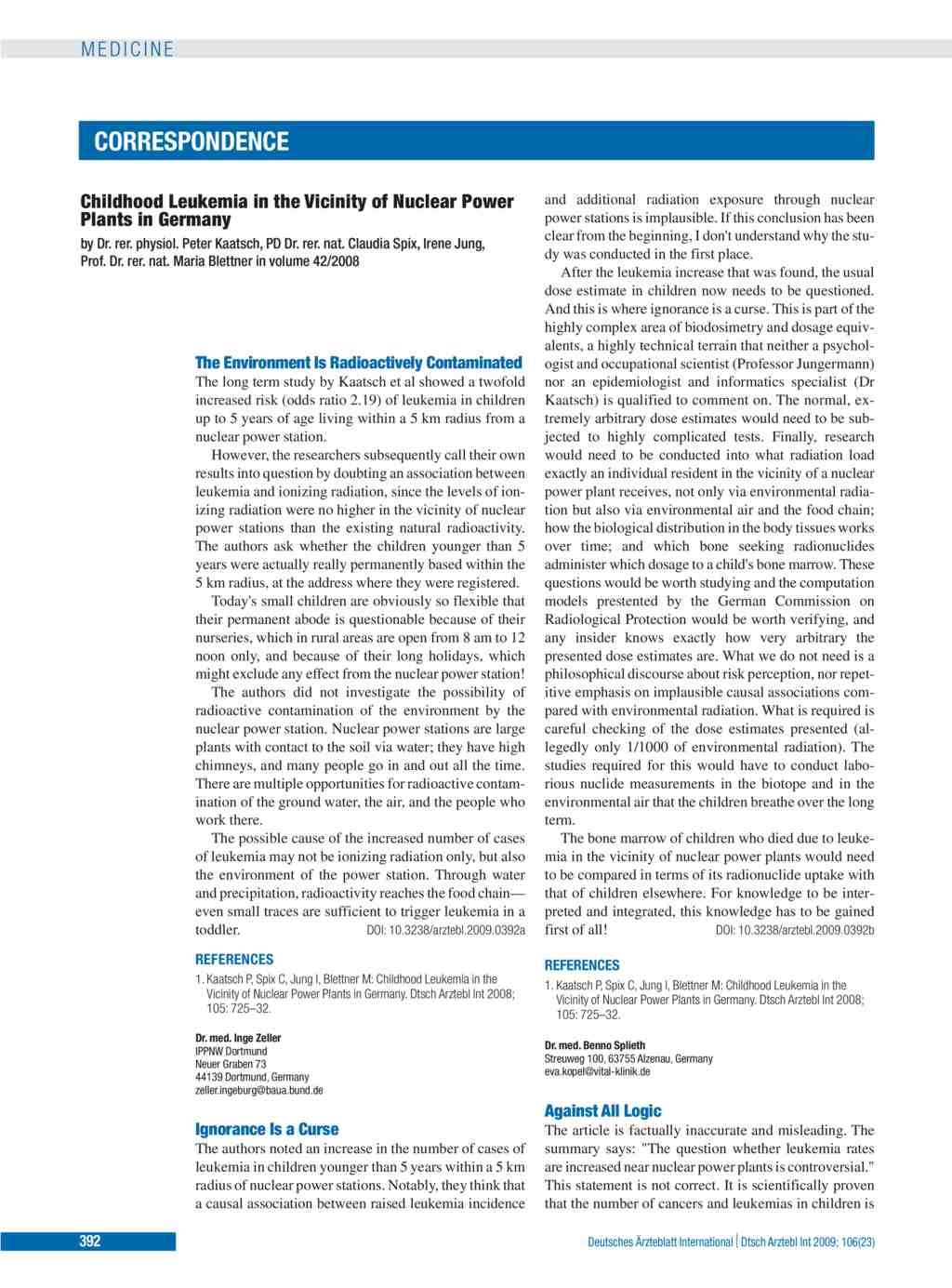