Childhood Leukemia in the Vicinity of Nuclear Power Plants in Germany: Confusion About Childhood Cancer Study

With their article, the authors are obviously attempting to play down the startling results of their own study. In the evaluation of data at the community level, the results from the Epidemiological Study on Childhood Cancer in the Vicinity of Nuclear Power Plants (KiKK Study), which found a notable increase in the leukemia risk in the vicinity of German nuclear power plants of 119%, shrunk to an unremarkable, non-significant 41%. The authors state that the discrepancy between the results is essentially due to the fact that the KiKK study accurately determined the distances between the childrens' homes and the next nuclear power plant while the ecological study uses community midpoints. . But the authors also say that both statements actually reflect different perspectives, and hence, both statements are correct. In a sense we should be grateful to the authors for conducting this additional ecological study. It demonstrates that ecological studies are much less able to detect regional clusters than more elaborate case-control studies. When the authors refer to the results of a recent study from England that, in contrast to the KiKK study, has not shown a leukaemia increase in the vicinity of nuclear power stations, it has to be borne in mind that this study, again, is an ecological study. In England, eighteen cases of leukemia were counted in a 5 km radius, only about half as many as in the KiKK study. The leukemia risk there in the 5 km radius was about 50% higher than in the adjacent 5–10 km zone, but, due to small case numbers, the increase was not significant. Although the English results are remarkably consistent with the German results, the authors conclude that there was no proof that acute leukemias are more common in the vicinity of nuclear power plants in England.
DOI: 10.3238/arztebl.2009.0394a 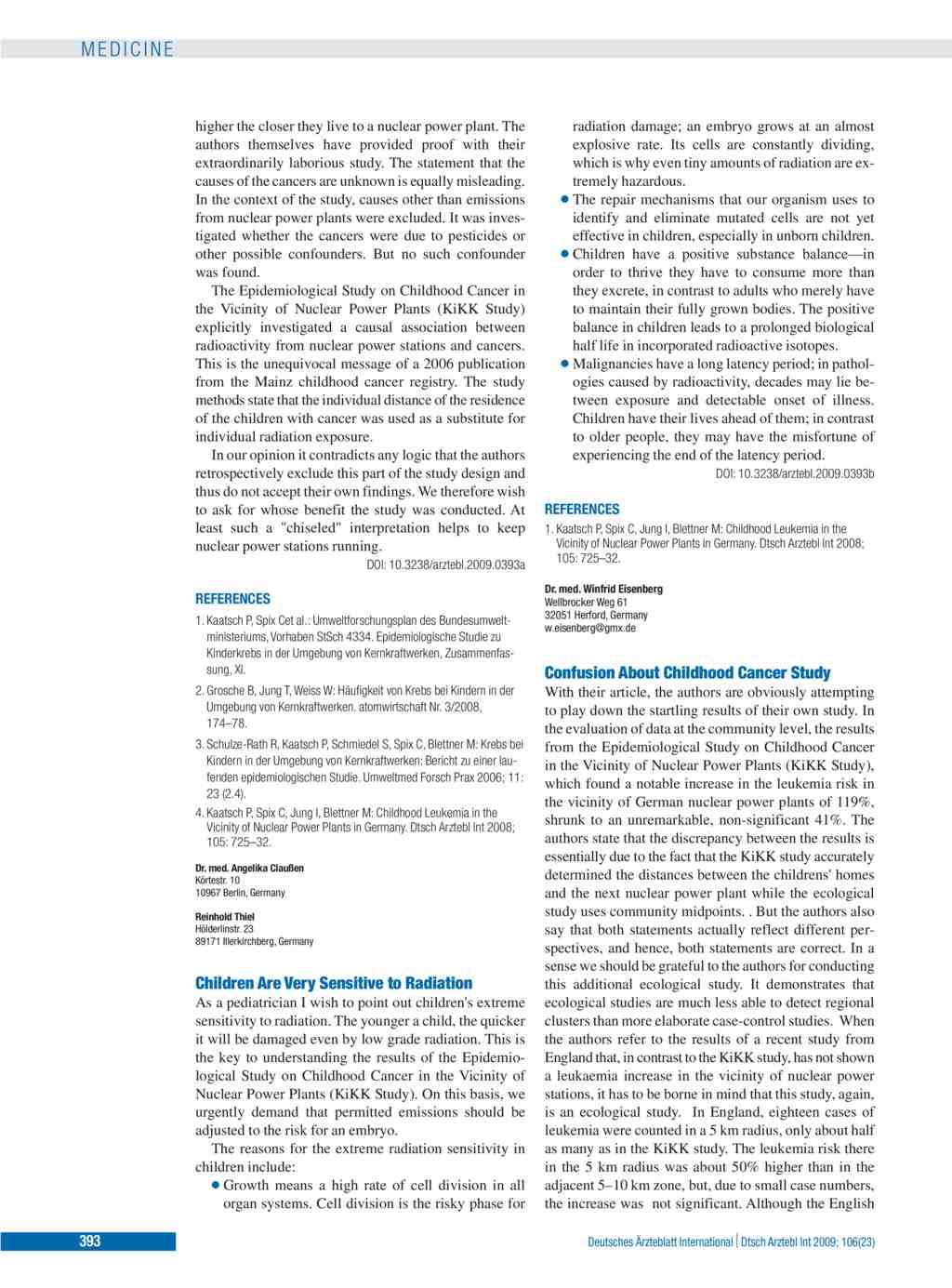