It is unfortunate that the response rate from large hospitals was only 38%, as this means that it is hardly possible to reach conclusions about the situation in Germany! I think we can assume that the situation in the other hospitals will be no better than in the hospitals with the nerve to give a response! Very sobering in general, but at least 81% has realized after only four years (!) that two ventilations are followed by 30 chest compressions. But the up-date of the guideline is expected soon. What is more, not only hospitals with at least 300 beds are tackling the problem, even though the survey ignores this. In an 120-bed hospital in Lehnin, all employees involved in patient care are given training in small groups on the phantom produced by Laerdal with our own emergency cart, using the ERC algorithm, even in absence of the Department of Anesthetics. Everything is on an honorary basis, as the employees are very interested and enthusiastic. They want to reach the standards of the large hospitals.
DOI: 10.3238/arztebl.2009.0423a 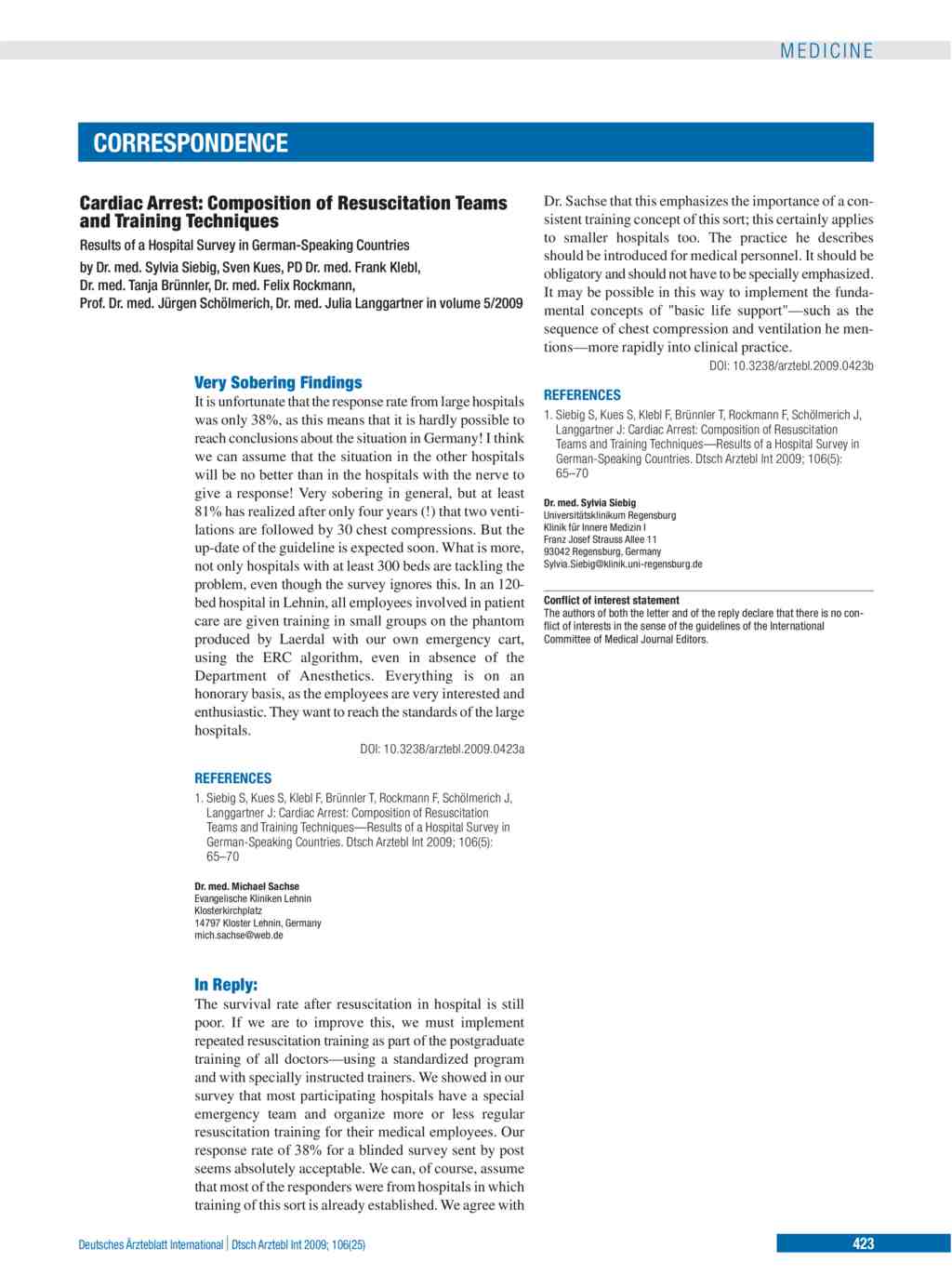