Unfortunately, the authors do not differentiate between individual techniques in the section on local surgical techniques for axillary hyperhidrosis. Curettage and liposuction are mentioned, but the techniques that are accompanied by resection of axillary skin remain unmentioned (Shelley technique, Salfeld technique). Even though skin sparing techniques have been favored in recent years, there is no comparative study to date which shows a higher efficacy for a particular method. The authors explain that the aim of a technique without skin resection is "complete—as far as possible—removal of the axillary sweat glands" and cite a 1987 article by Bisbal et al in support. The Bisbal technique, however, is characterized by an S shaped removal of large parts of the axillary skin and has nothing in common with the named minimally invasive techniques. By contrast, a recent study has shown that 79.1% of all axillary sweat glands were removed when an aggressive method was used but no skin was resected (2). In conclusion, we wish to comment on the terminology used for the surgical techniques. Axillary liposuction is practically not used any more nowadays because the use of blunt cannulas has not been shown to be sufficiently effective (3). The term used should be that of liposuction curettage or sweat gland suction curettage, which clarifies that in addition to liposuction, a sharp ablation of the sweat glands is required with special sharp cannulas or, in a second operative step, by using a curette.
DOI: 10.3238/arztebl.2009.0448a 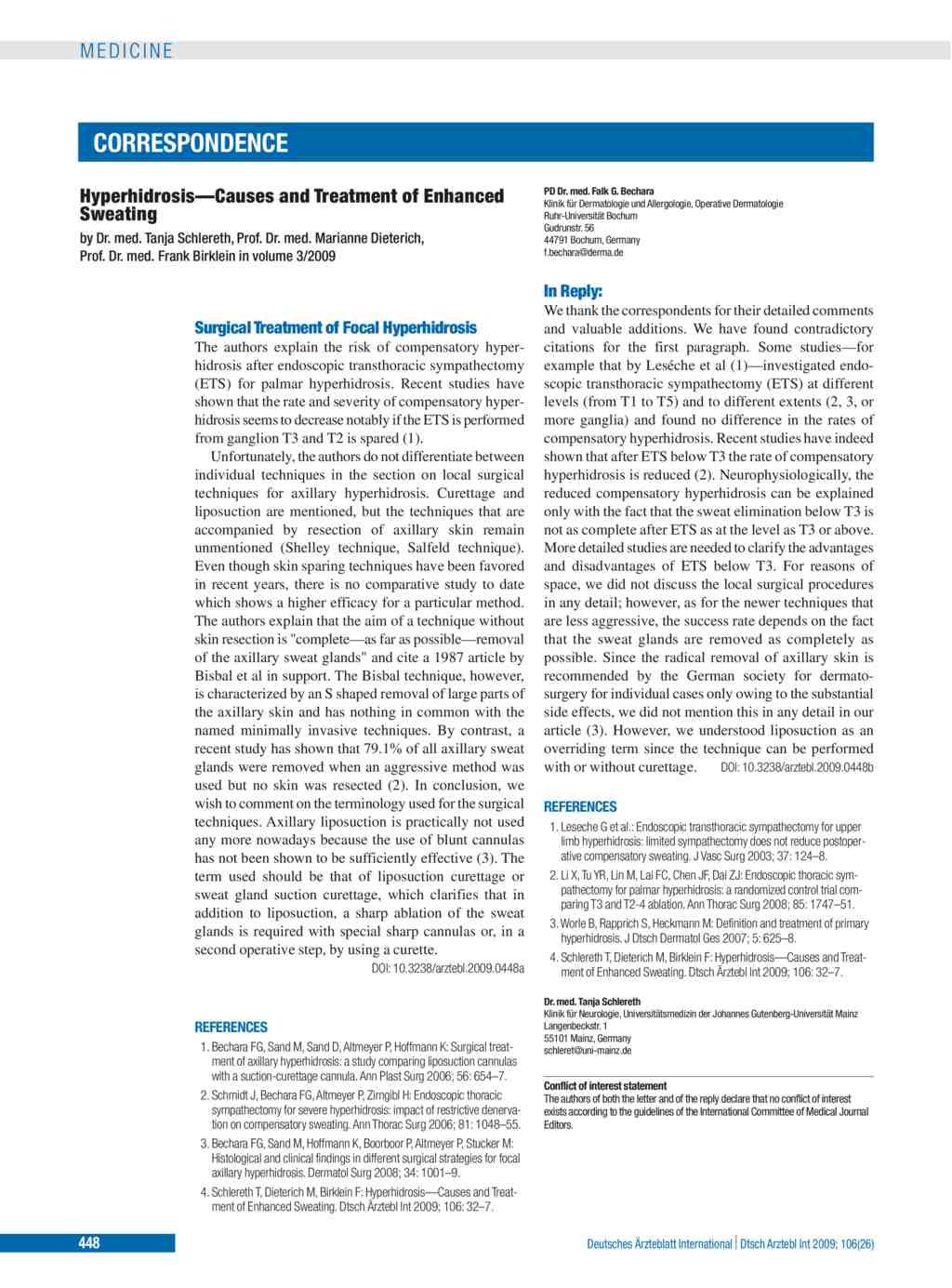