Whether this is of clinical relevance, however, is not known to date, and is part of the obstructive and central sleep breathing disorders that can be confirmed by polygraphy. An increased coincidence of atrial fibrillation and periodic leg movements in sleep in the absence of a sleep apnea has not been described, according to the authors' own knowledge and literature searches.

However, a clearly increased prevalence of obstructive and central sleep apneas has recently been confirmed in patients with merely diastolic heart failure (1), so that an interaction between diastolic dysfunction and sleep apnea does seem rather plausible.

On the other hand, it is also known that hypoxia, hypercapnia, and hyperventilation as a result of sleep related breathing disorders promote additional activation of the sympathetic nerve. The result is an increased release of catecholamines and vasoconstrictor factors (1, 2), which themselves may trigger atrial fibrillation.

An induction of atrial fibrillation by the hyperventilation and apnea phases thus seems plausible.

Ultimately the causality of the interaction between atrial fibrillation and SBA is multifactorial. Further studies are therefore required to clarify the importance of individual factors and their relations. 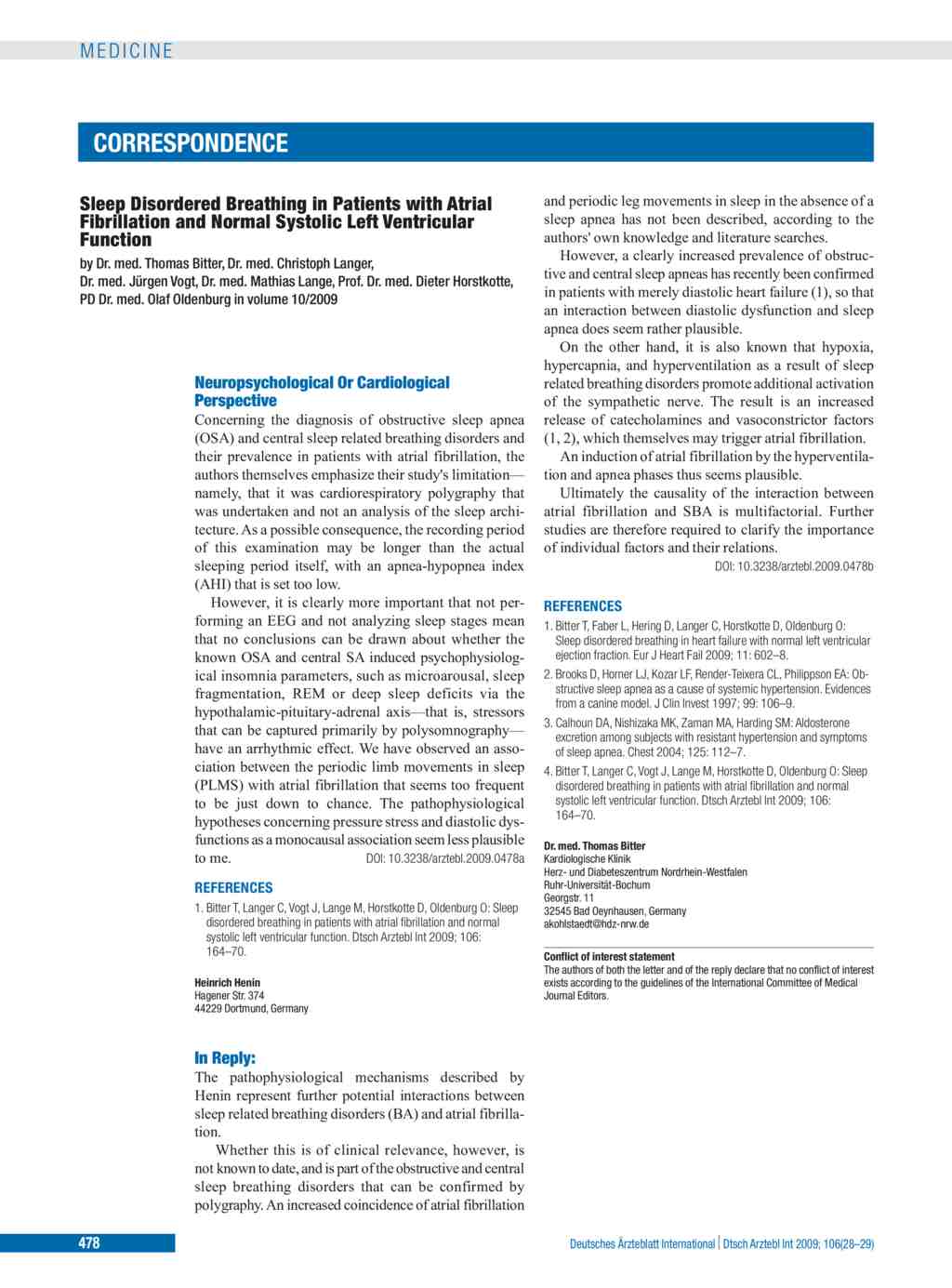