DÄ internationalArchive28-29/2009Lead Poisoning Due to Adulterated Marijuana in Leipzig Indication for chelator therapy should be defined critically: Indicative of Intoxication

Lead Poisoning Due to Adulterated Marijuana in Leipzig Indication for chelator therapy should be defined critically: Indicative of Intoxication

The article highlights the fact that classic lead intoxication may be seen even in the 21st century. However, the article also highlights the difficulties that many clinicians experience when interpreting biomonitoring results. The clinical finding, the medical history, and the laboratory measurements are indicative of the diagnosis. Exceeding threshold values by itself does not mean intoxication.

The biological tolerance value (BAT) for blood lead concentrations was evaluated in 1981 at 700 µg/L for whole blood. Because of long term effects, the BAT value was lowered to 400 µg/L whole blood by the Senate Commission for the Investigation of Health Hazards of Chemical Compounds in the Work Area. In 2006, lead was included in the cancer category 2 (animal experiment). To prevent non-carcinogenic effects, a biological reference value was formulated at the level of the former BAT value. For women of childbearing age, no reference value could be defined because of the teratogenic effects of lead. The values for women are therefore oriented along the environmental pollution values for the general population. The reference value in 1981 was 300 µg/L in whole blood. As the environmental pollution for the general population decreased the value for women younger than 45 years was adapted to 100 µg/L whole blood in 2003.

To talk about lead intoxication by definition in a scenario of the HBM II value being exceeded by 250 µg/L cannot be regarded as an adequate interpretation of a measuring result. Even in the 21st century, blood lead concentrations of >700 µg/L are measured in German work places, without those exposed showing any symptoms of manifest lead intoxication. 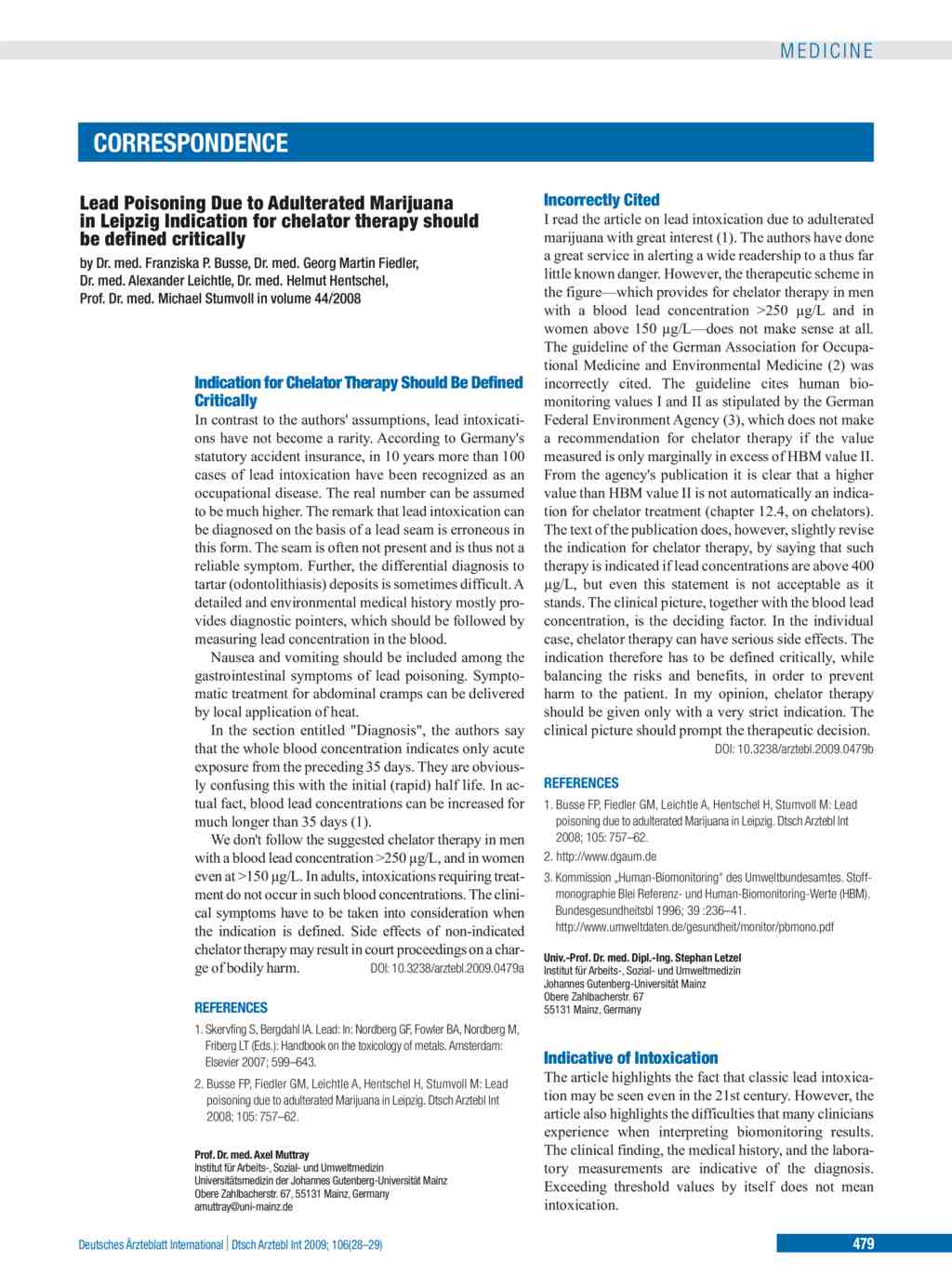